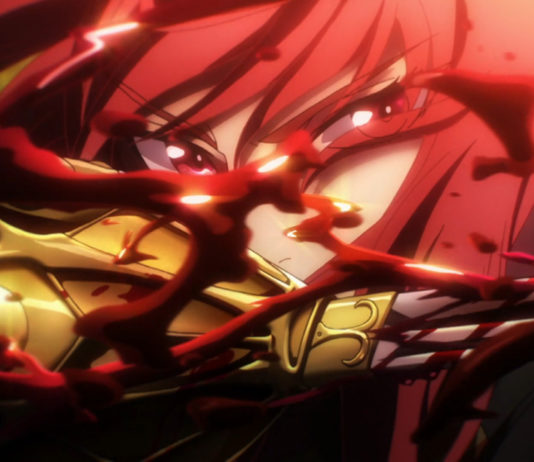 Alderamin on the Sky or Nejimaki Seirei Senki: Tenkyou no Alderamin is an epic war story set in what seems to be the late 18th to early 19th century with a mix of fantasy setting centered around a hyper-competent jerk named Ikta, together with his platoon and his “friends” (basically the people who either tolerate his attitude or idolize his ingenuity) as their Empire is on the losing end in their war against the Republic. It is based on a Japanese light novel series, written by Bokuto Uno and illustrated by Sanbasō. 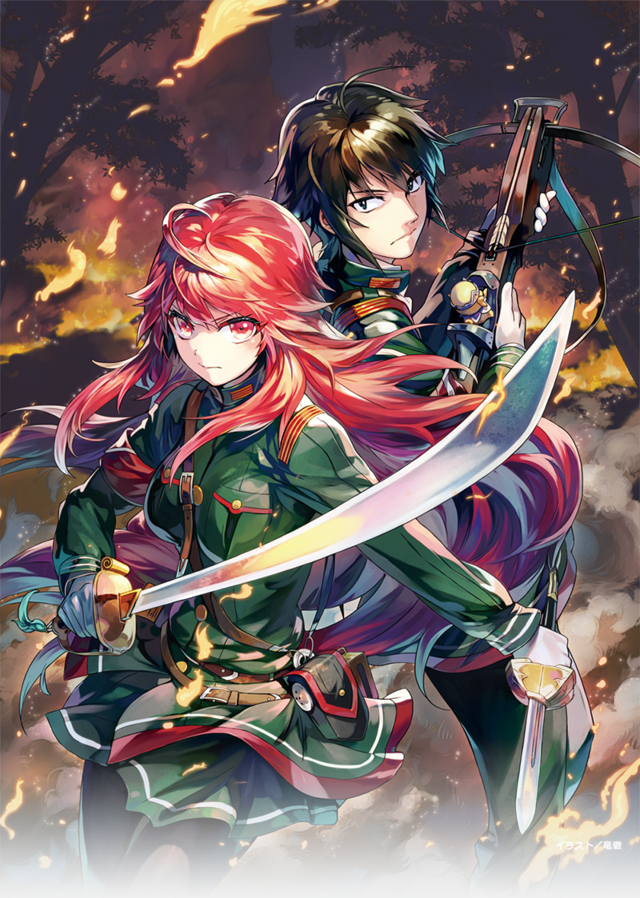 Ikta Solork who eventually becomes known as the Lazy Invincible General is a young military genius who lacks motivation to do any work, a misogynistic womanizer, abrasive, and detests war. Being a soldier is the last thing on his mind. He has no competencies in combat but his tactical and strategic skills easily compensate for this. Yatorishino Igsem (Yatori for short), Ikta’s childhood red-headed friend and partner-in-crime is the opposite, having a high level skill in fighting and butchering, would want nothing more to be a military officer in service of the Empire.

On the surface, this may look like another odd couple tandem story where one’s shortcoming is compensated by the other, or where the black sheep becomes savior of the herd. But what’s interesting about the plot is the many intrigues, conspiracies and betrayals that may unfold as well as the very obvious baggages that the characters carry with them. This helps round the characters out and would dictate the many actions that they take in the series. 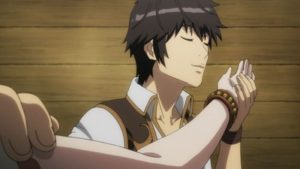 Philosophy and politics take center stage in this anime as well. Should science replace tradition, should sound military tactics hold over unorthodox tactical movements? These and more form the narrative nuances of the show, offering a solid backdrop to the world and gives this anime its points.

Don’t let the vivid colored art-style fool you as it hides the plot’s darker shades of black and grey. I have to warn you, though,  that the first episode is quite underwhelming (which may be the reason why the show is so underrated). Do not be disheartened and give this anime another go, oooor you can skip the first episode entirely and just go on to episode two. Heck, that’s what I would do. Oh, and did I mention that there’s a tsundere loli princess pulling some strings? She might just turn out to be a female version of King Joffrey! 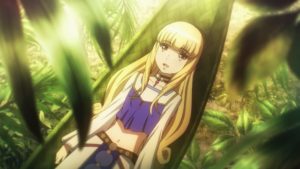 Alderamin on the Sky is part of Japan’s Summer anime lineup for 2016 and, I’m calling it now, is a healthy contender to be considered as the underdog anime title of Summer 2016 if not of the year.