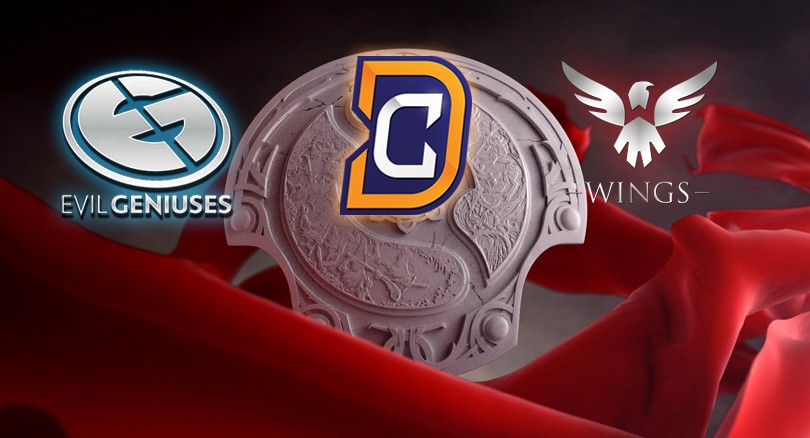 And just like that, we are down to 3 teams vying for the coveted Aegis and the title of best Dota 2 team in the world. We started with 16 hopefuls, all of who were determined to forge their own path to greatness. They battled through 5 days of grueling competition and each day that passed claimed victim after victim. Resurgent legends such as Alliance, Na’Vi, LGD, and Ehome had their dreams vanquished by their opponents, while the recent dynasty of OG was toppled by Southeast Asian hotshots MVP and TNC. Many have fallen, and 3 are left standing as we enter the final day of the most prestigious Dota 2 tournament in the world.

When we talk about Chinese Dota, we usually think about revered personalities such as xiao8, Burning, and Rotk among others. Little did we know that a storm was brewing and we would all be caught unaware by a relatively young team named Wings gaming. They took ESL One Manila by storm as they proceeded to claim 1st place by shutting out Team Liquid in the finals, 3-0. Since then, other teams have started to take notice of this group from China. They also recently won the championship from The Summit 5 tournament, cruising past OG in a heavily lopsided 3-1 victory.

Today, they wait patiently for who their next victim will be. Already in the grand finals of TI6, Wings gaming breezed through the upper bracket with their trademark unpredictability. Their hero pool is as wide as you can imagine and their picks are extremely varied making them a force you cannot prepare for. Is this the year that they claim the Aegis and prove to the world that Chinese doto is indeed best doto?

When w33 and Misery were let go from Team Secret after winning the Shanghai Major, a bad taste in the mouth was left and it was something that has fueled their hunger to be the best. Forming a team with Moo, Resolution, and rising star Saksa, DC has proven time and time again that it is never wise to disregard the underdogs. With their playstyle heavily anchored around w33, DC have been shutting out all the critics and have been playing seemingly perfect Dota match after match.

Ever since losing to Wings gaming in the upper bracket, DC has clawed and scratched their way through the lower brackets, claiming victory after victory from LGD, TNC, Ehome, and just recently, Fnatic. As they look to face their toughest challenge yet, DC approach the final day with a surge of confidence and momentum and we will see if this is enough to carry them into the finals.

For a team who has placed top 3 in the past TI’s and was champion at TI5, EG certainly need no introduction. Led by the genius that is PPD, these guys are out to defend their championship with all they have and they’ve been doing it in style. Despite performing poorly during the recently concluded Manila Major, EG have found renewed confidence and vigor as they reunite with Zai and Universe. Never mind that they didn’t win any of the previous Majors, their dynamic playstyle is at its peak when it matters and the prize does not get any bigger than at The International.

After losing rather handily to Wings gaming and being brought down to the lower bracket, their focus is to exact revenge and DC is just another obstacle along the way to what they feel is another championship. EG showed us the 6 million dollar echo slam last year and only time will tell if they have a 9 million dollar trick up their sleeve.

At this point in the tournament, any team can win given the way they have been playing for the past week. Wings dominated the upper bracket and while DC have gone through the tougher path, it has only given them momentum to take it all the way. EG have the fortitude to bounce back from a disappointing loss and are hungry for another Aegis. Our guess is as good as yours but if we had to make a prediction, I’m calling a 2-1 victory by EG over DC and for the finals, as maybe the unpopular vote, I’m looking at Wings to take the Aegis 3-1 over EG. Do your predictions match ours here? Let us know your thoughts!

And before we close our TI6 coverage, what would TI be without a surprise from Valve! Take a quick look below as to what we can look forward to in the coming months!

- Advertisement -
Previous articleTI6 Day 4 recap: and then there were 5.
Next articleRumor – Final Fantasy XV Delayed to November 29th