Why you should be at History Con Manila 2016 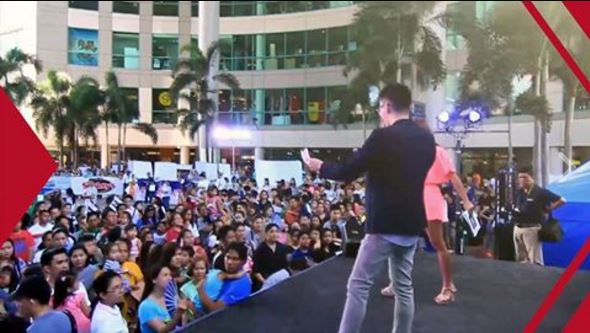 If you’re yearning for some learning then this “Edu-tainment” event is just for you and here are some reasons why should be there.

Guys it’s a no-brainer. You’re going because you want to meet the India Jones of Xeno-archaeology himself – none other than Giorgio Tsoukalos. Get a photo with him, an autograph, listen to his theories and stories, ask him questions, heck get some hair styling tips while you there. He is the main attraction and he ain’t called Tsouka-licious for nothing. Giorgio will be giving a special talk on Saturday, Aug 27 and Sunday, and Aug 28 at the Ancient Aliens Talk only at HCon Manila 2016.

From the Joe Rogan Experience

Why would you deprive the Filipino people – nay, HUMANITY – a milestone by not helping break world records and establishing new achievements?! So you better be there hungry for the BURGER EATING contest and make sure you hibernate for a week before HCon to participate in the LONGEST TV MARATHON attempt where the time to beat is Ninty-Freakin-Four hours!

So the Pokemon Go craze is everywhere with its augmented reality experience however, in HCon, they’re bringing another reality via Oculus Rift. Embrace and immerse yourself into another world through virtual reality. Get lost in the wild jungles ALONE oorrrrr travel to OUTER SPACE! But maybe there’s more…well, I’m hoping for more.

Event goers will also be able to catch exclusive screenings of premiering History shows. This is quite the riddle to me. Is it the new season of Vikings maybe? An entirely new show or documentary?  Oh what a mystery… and that mystery must be unraveled at HCon Manila.

Participate in the booth activities and see the historical exhibits

HCon will have unique and thematic booths for its most popular series, including Ancient Aliens, Swamp People, Storage Wars, Alone, Pawn Stars, Counting Cara, Leepu & Pitbull, Ride ‘N Seek with Jaime Dempsey, Photo Face-off and Celebrity Car Wars. And for the history buffs there will be a  special display of Philippine Presidential limousines, as well as World War II exhibits. Witness  World War II re-enacted as they perform scenes from the Battle of Manila, to the Battle of Bataan.

And that’s just to name a few. There are many more activities to participate and things to see in HCon Manila so get your tickets and bring the family.

How to buy tickets:

The convention passes are now available for sale at HistoryAsia.com/HistoryCon or you can buy them on the event day at World Trade Center during the event days.

Interested in History Con? Check out our other stories below:

History is about to get Real in History Con 2016 Manila

[CONTEST] The First History Asia’s Digital Star Could Be YOU!