League of Legends Enters the Board Game Scene with Mechs VS Minions! 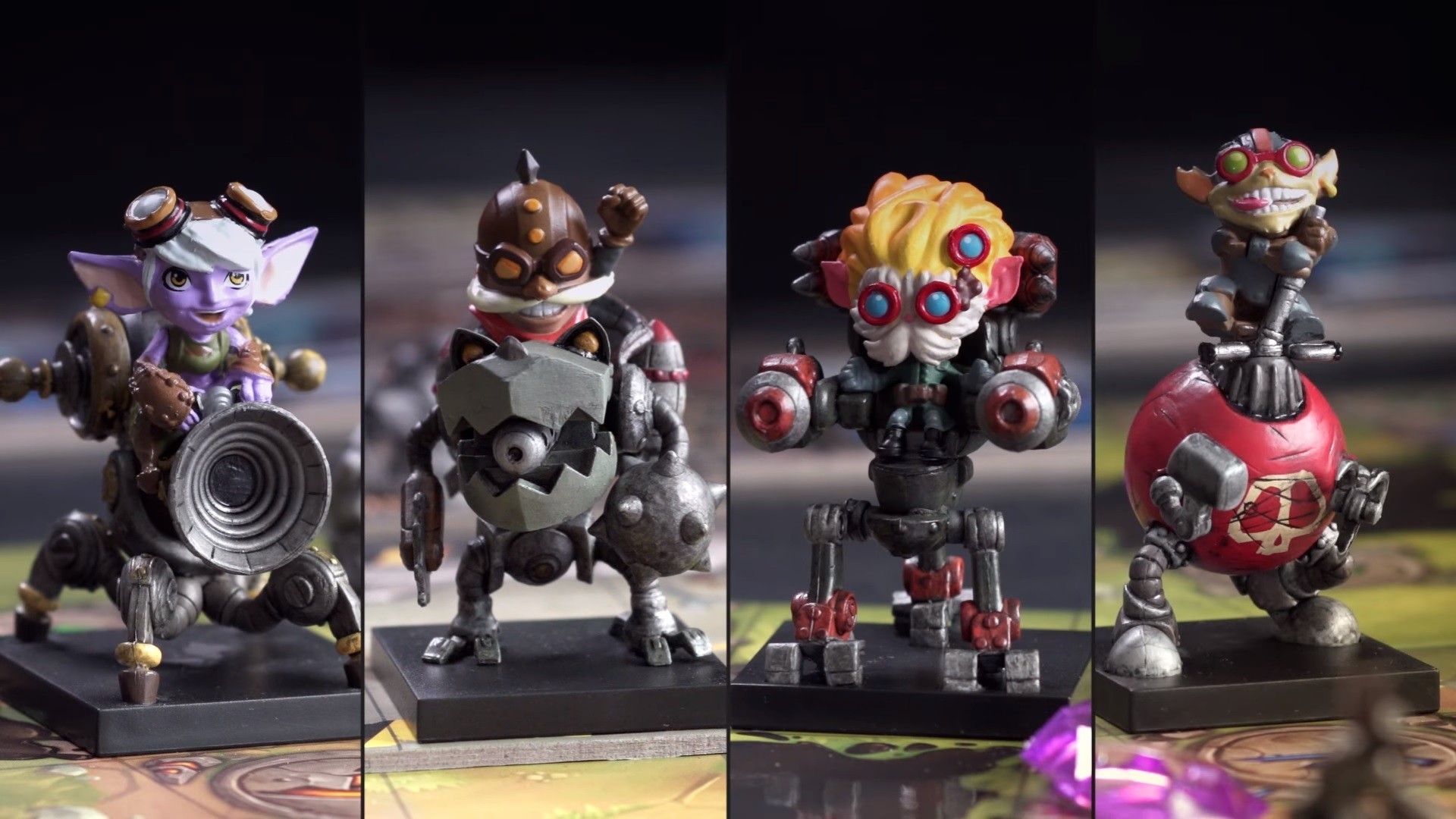 Prepare for a CLASH of two worlds as the popular MOBA giant, League of Legends, and Riot Games bring us the tabletop game Mechs VS Minions! Yes, you read that right, a video game company is making a board game. Don’t think it’ll work out? well, let’s see…

Based on the LOL lore, Mechs VS Minions is a cooperative campaign-style board game featuring some of our favorite Yordles out there like Ziggs, Tristana, Heimerginer, Corki and even Rumble! And before you ask, no, the game does not play like a MOBA. Instead, you will be playing as one of the Yordles as they tinker with their respective mechs to kick some serious minion butt! Oh, and fulfill the mission objectives along the way. The game has a steampunk theme mixed with some toonish feel as the Yordles battle the minions on the board (I wouldn’t be surprised if I find ACME items in this game. LOL!). To give you a better idea, here’s a video overview Mechs VS Minions:

If you’re not as excited about this game as rest of us, reflect long and hard… because you should! 😀 The game will be up for sale on October 13, 2016, 11AM PST. So wind up those alarms, crank up those computers, and push the HYPE button as we wait for THE day!