Sony Interactive Entertainment Hong Kong Limited  Singapore Branch (SIES) just announced a ton of stuff showcasing their new hardware and accessories. If you are like me, who is a certified PlayStation fanboy, you might want to check what they have slated in the coming months!

Lets take a look first at the peripherals – which includes a new DS4 Wireless Controller (DUALSHOCK4), a new PlayStation Camera, as well as a vertical stand specifically designed for the new and slimmer PS4 and the PlayStation 4 Pro systems. 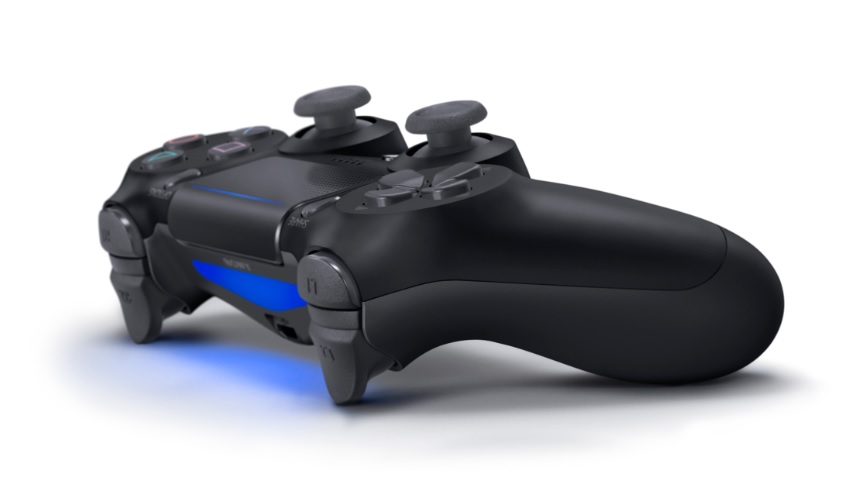 “The new Wireless Controller for PS4 allows the light from the light bar to emit on the touch pad, making a new luminous line in the same color as that of the light bar.  This provides gamers with visual information, such as which character they control or health status, at a glance for more intuitive gameplay.  Furthermore, the new DUALSHOCK 4 supports USB communication in addition to the currently available Bluethooth communication, allowing users to have control also via cable.”

The new DUALSHOCK 4 wireless controller will come in the usual Black color along with Magma Red and Wave Blue colors. It will soon be available at suggested retail price (SRP) of PHP2,495 on 24th September 2016. 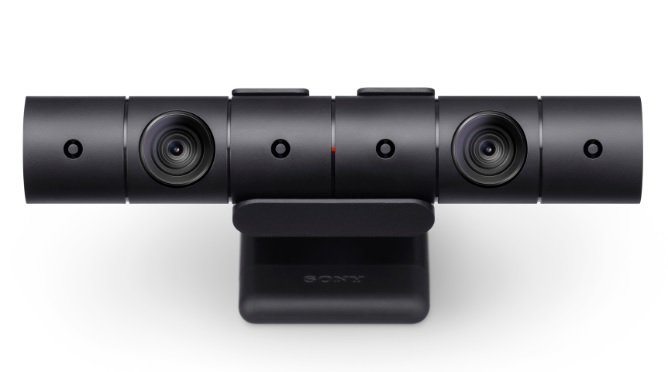 “The newly redesigned PlayStation Camera (PS Camera) inherits all the features available on the current model, including PlayStation VR (PS VR) support*3, and features a new compact cylindrical form.  PS Camera includes a stand allowing users to easily adjust the angle of the PS Camera and set it up in their preferred location, such as on top of their TV or entertainment center.” 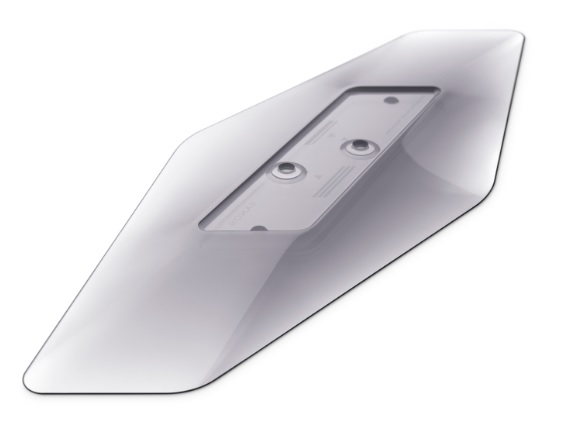 “The vertical stand is specifically designed for the new slimmer PS4 and PS4 Pro.  To bring out the best of both system designs, the stand was made with translucent material to resemble the “shadow” of the system when set vertically.  Two different attachments are bundled so users can mount either the slimmer PS4 or PS4 Pro with ease. 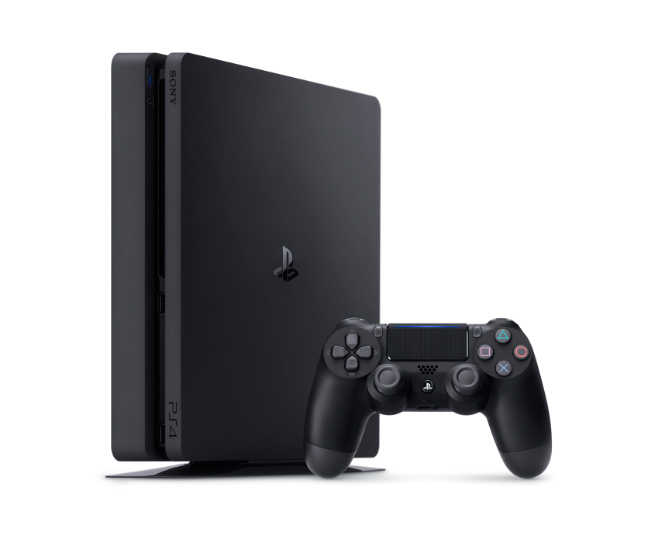 Moving on to consoles, Sony also announced a slimmer and lighter PlayStation 4 console with a 500GB HDD will become available in Philippines starting from 24th September 2016 at suggested retail price (SRP) of PHP17,300.

It is also said the the slimmer model consumes lesser energy than the previous model, check out the statement below from Sony: 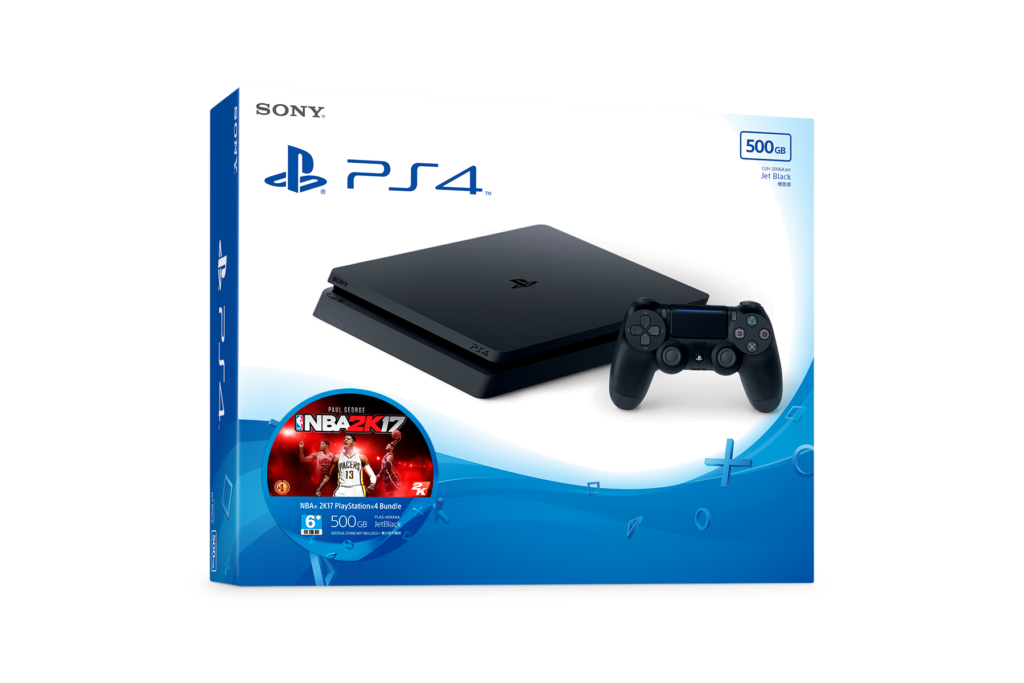 Check out the game bundles that can be available once the console hits stores September 24, 2016. 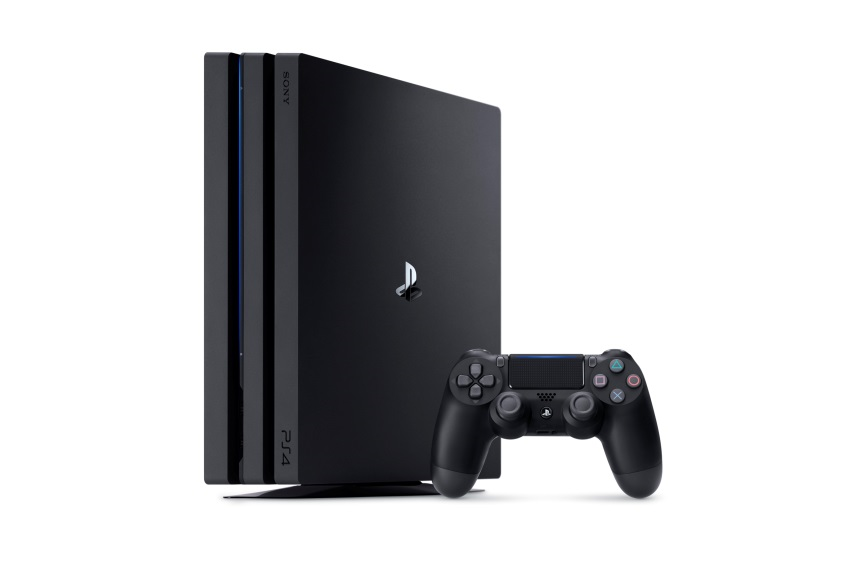 Perhaps the biggest announcement yesterday was the detail of the of new PlayStation 4 Pro console, which is said to boast enhanced experiences through support via HDR and 4k that significantly improves processing and quality of images and graphics. Take a look at the specs below: 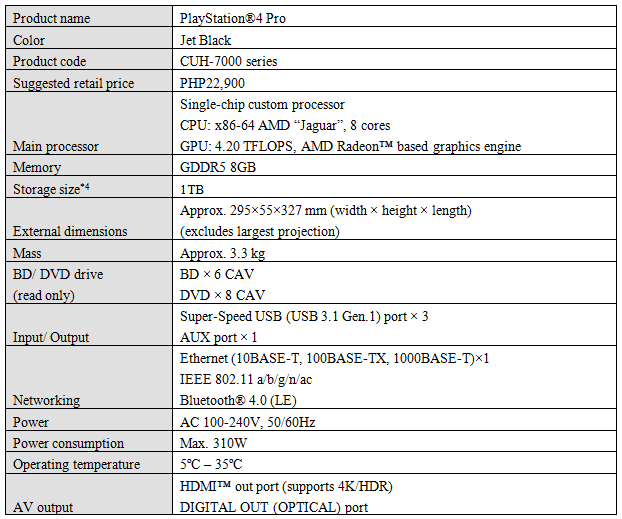 “By boosting the performance and capability of the system architecture including the CPU and GPU, PS4 Pro allows games to deliver graphics with far more detail and unprecedented visual precision. Users with 4K TVs will be able to enjoy all PS4 titles in higher quality, such as 4K quality resolution and faster or more stable frame rates. In addition, PS4 Pro supports 4K video playback to deliver 4K streaming video services such as Netflix and YouTube.” 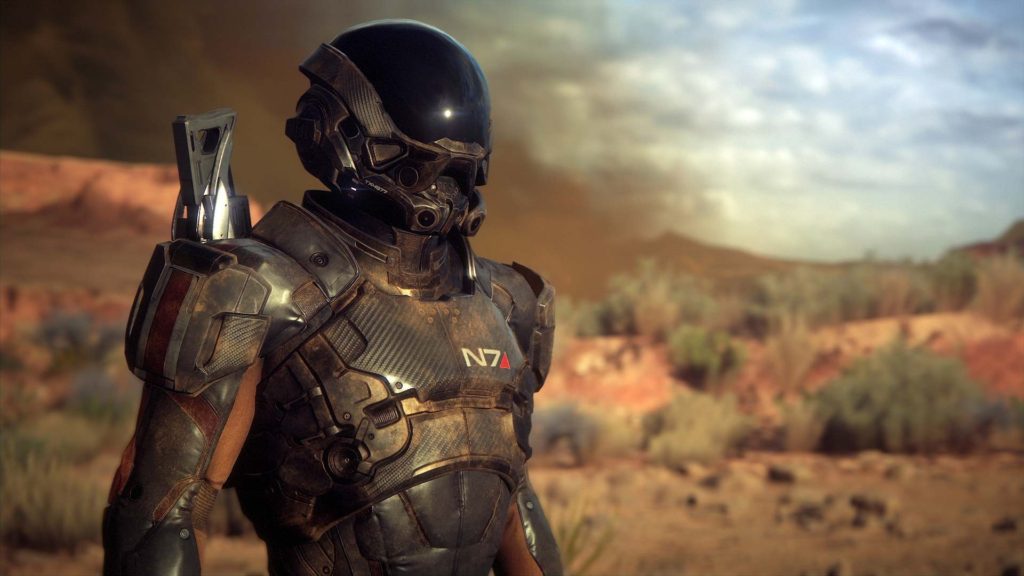 So expect the soon-to-be-released Watchdogs 2 to look that much prettier. Or, in my case, I’m really waiting for Mass Effect: Andromeda!

But what about those who don’t want to make the jump to 4k just yet? No worries since HDTV owners can also enjoy the enhanced gameplay experiences of the new PS4 Pro, as the system still delivers 1080p resolution for all PS4 games. You might even notice an added stability in frame rates on some games.

“Users who own an HDR-compatible TV will be able to enjoy supported games and other entertainment content with visuals that are more realistic, strikingly vivid and truer to the way the human eye sees the real world.”

To add to this, all PS4 systems including PS4 Pro will fully support HDR imaging technology which enables the reproduction of brightness and darkness while realizing a much wider range of colors.

In terms of storage, the hard disk drive capacity of the PS4 Pro can reach up to 1TB. You can now install more games, demos, and downloadable content. 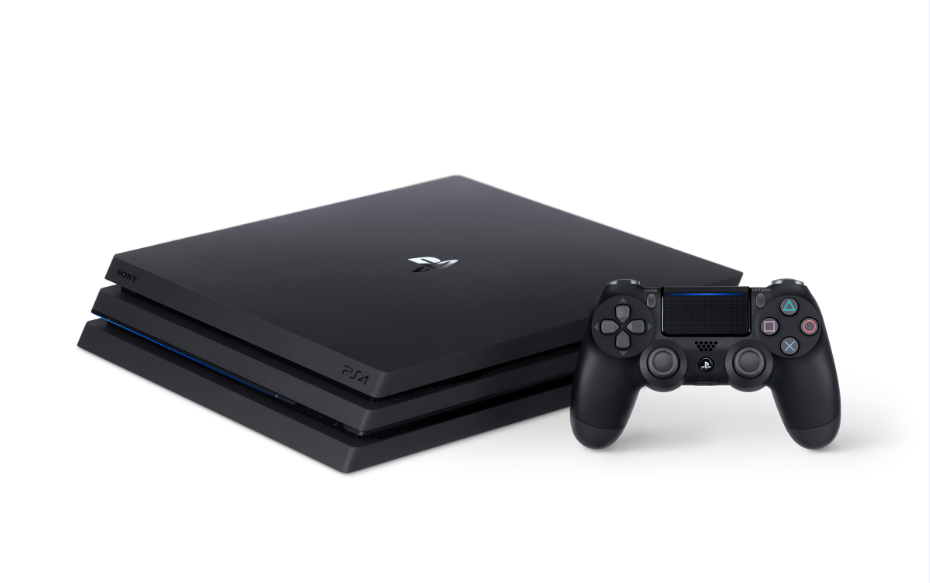 PS4 Pro will have a suggested retail price PHP 22,900 and its availability in the Philippines will be announced at later date.