Slim is in! Unboxing the New Sony PlayStation 4 Slim 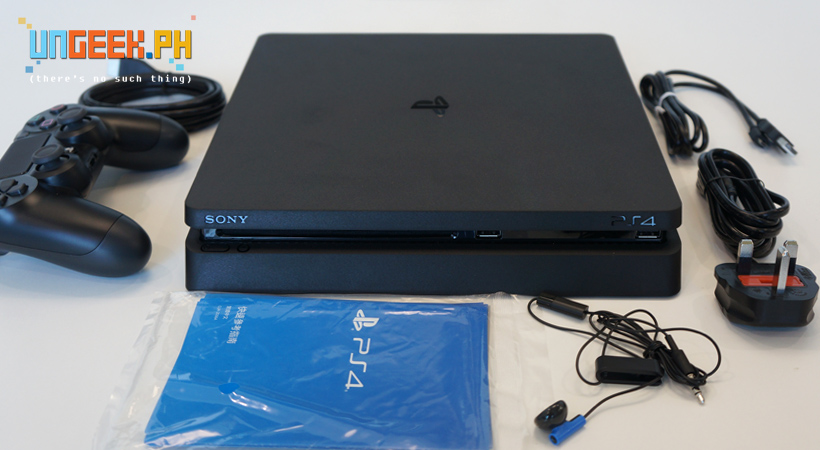 It’s slim, it’s sleek, and it’s amazingly beautiful but, before you head out to trade-in your old PS4, here’s a quick look at the PlayStation 4’s sleek new update. 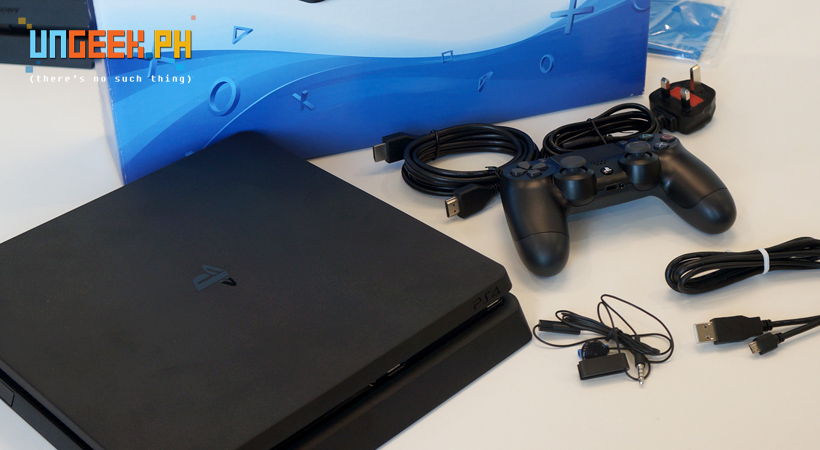 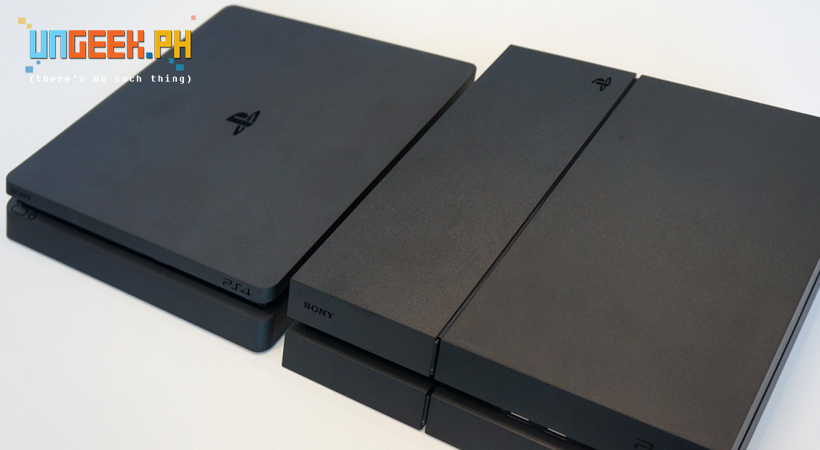 The Slim, while still taking its design cue from the original PS4 softens it a bit with a more curved edge. Less angular and more in today’s design architecture, the Slim fits perfectly in more modern house/ room designs. The only qualm we may have is that it becomes a bit wobbly (due to not having straight edges anymore) when you put the unit upright. That’s where the vertical stand comes in. 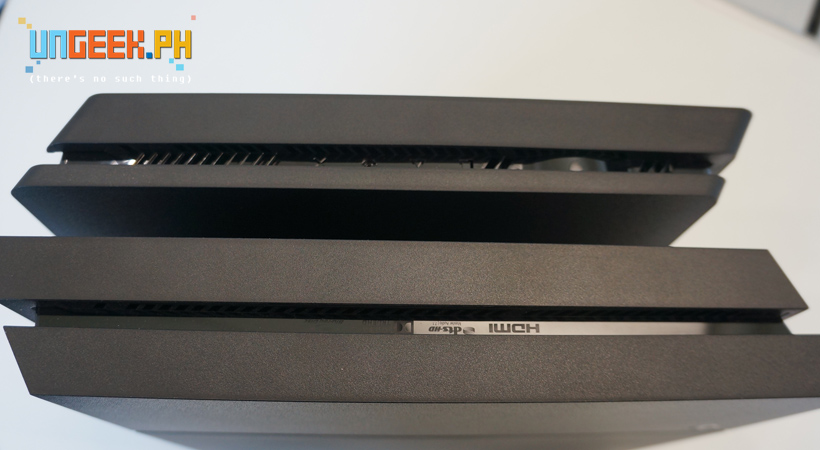 Aside from that, the Slim pretty much is a sexier doppleganger of the old PS4. Controller size remains the same with very slight variation on button finishing and touch pad translucency. If you’re into eSports, you’d be happy to know that the micro USB cable connector acts more than just a cable charger for your controller. It helps reduce input latency which becomes significant when you need faster (read: microsecond) reaction time. This is particularly beneficial for eSports and competitive plays like Street Fighter or Tekken Tournaments. 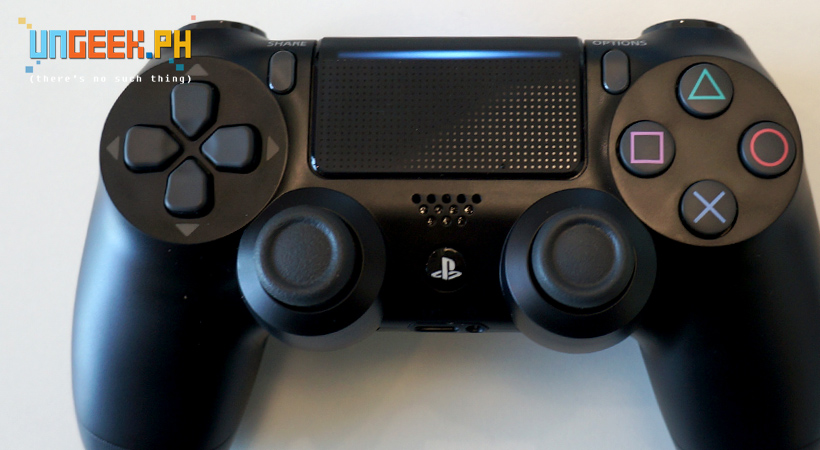 The underside of the new PS4 Slim added a nifty design that acts as additional grip to ensure your PS4 doesn’t budge when moved accidentally. The original PS4 doesn’t have this feature. 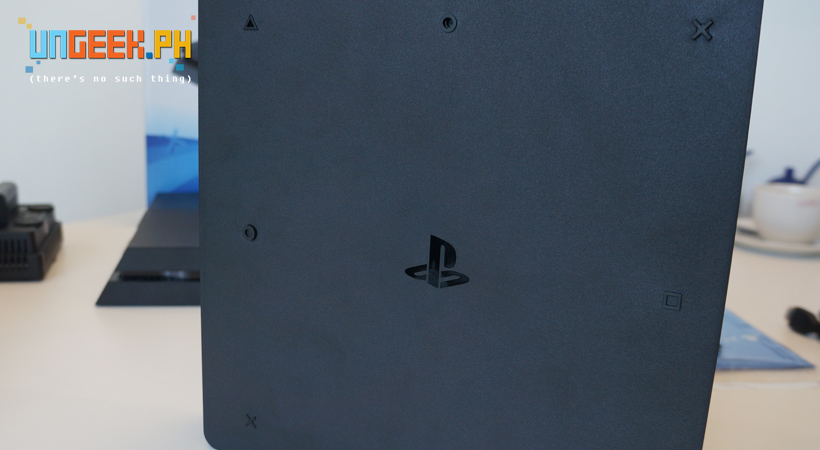 If there’s one thing to note on the PS4 Slim, it’s the absence of the optical audio input — something which I still question them for. 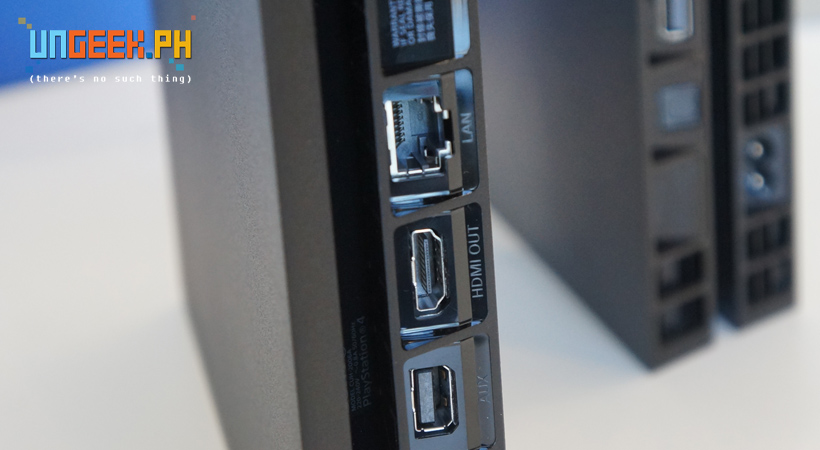 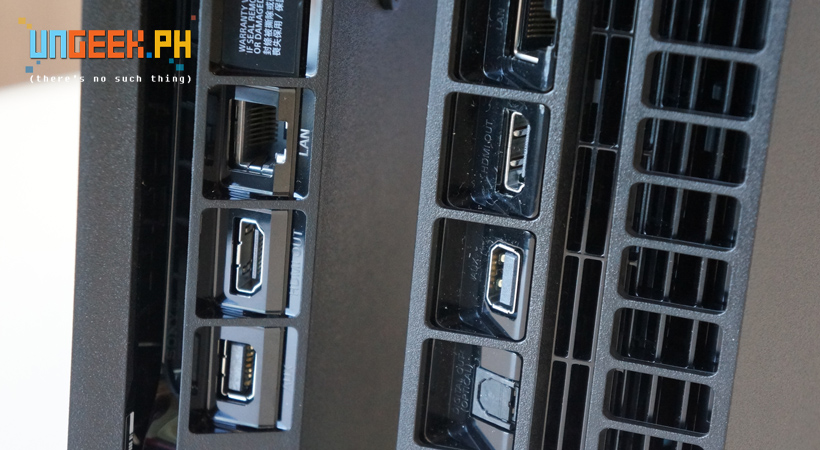 I actually liked that I can hook my ps4 to a separate audio unit that blares out to my 5.1 surround stereo setup, but we can workaround this issue.

Aside from being physically slimmer and lighter, the PS4 Slim also consumes less energy (around 30-35% less power consumption) and a whole lot quieter than its predecessors. Taking out and replacing the Hard Drive has been made easier.

Overall the new PlayStation 4 Slim is a much gorgeous revamp of an already beautifully made (and designed) machine. The real question here is, should you upgrade to a Slim? If you own a PS4 you may want to hold on to that money of yours for the PlayStation 4 Pro which boasts of 4k support and a stronger GPU and the return of the optical audio out. If you’re a console virgin and want to take a dip in a home console unit then the Slim is definitely the thing for you.

- Advertisement -
Previous article
The New Trailer of Doctor Strange comes out with 60 Seconds of Pure Hype!
Next article
Philippines gets its first batch of Pokémon GO Masters who got to “catch ’em all”