9 Frightfully Fun Films to Watch if you want to Celebrate Halloween without any Scares! 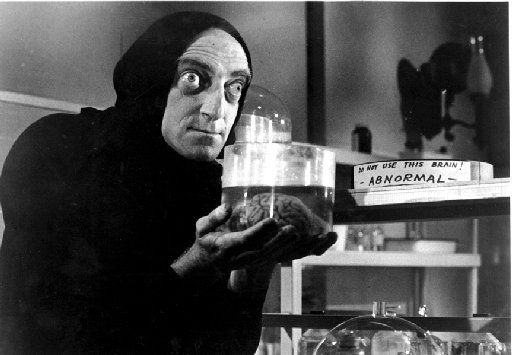 Halloween is just around the corner and, if you’re a scardey pants like me, you’ll be avoiding the fright fest that will swamp your Cable TV and Theaters so here are some recommendations guaranteed to keep the spirit of Halloween alive without it making you cower under the covers.

Dracula: Dead and Loving it

One of the best films done by comedian Leslie Nielsen together with Peter MacNicol, it is a spoof of Bram Stoker’s novel Dracula as he travels to England to expand his influence.

A horror comedy film starring the late Gene Wilder as Dr. Frederick Frankenstein who discovers his grandfather’s secret laboratory and private journals. Captivated by what he found, he decides to resume his grandfather’s experiment with the assistance of “Eye-gor”.

A musical horror comedy film staring Rick Moranis that features the story about a down-on-his-luck florist shop owner who suddenly lucked out upon displaying a peculiarly odd plant he bought from a Chinese shop however the raunchy plant feeds almost exclusively on human blood.

This is the End

This is sort of a stoner film. Starring Seth Rogen, Jay Baruchel, and James Franco, the film shows the 3 actors play as fictionalized versions of themselves on a world set in the aftermath of a global apocalyptic event of biblical nature.

A family, who often find themselves nonchalantly at odds with everybody else due to their delight in the macabre, finds themselves reunited with a dearly missed family member.

A fun and animated story about hotel owner and manager Count Dracula as he tries to connect with the newer and younger crowd.

This cult classic features the story of a group of pre-teens who are enthusiasts of classic monsters and monster movies. They have meetings in a tree clubhouse and later finds out those monsters are real! Now, they’re on a quest to stop them.

The film is like a really really cute pet that spawns little monstrosities of pure comedic evil that raises hell for everyone but you know what they say! “Gotta catch em all!” and then, burn them.

Monsters under your bed? Well don’t fret! These ones don’t bite… much.

Well, that’s it for our list!How about you, guys? What will you be watching this coming Halloween season? Tell us in the comments below and keep it here on Ungeek!

- Advertisement -
Previous article
Get ready for a race like no other!
Next article
New Trailer for ‘Rogue One: A Star Wars Story’ gives a peek at what looks to be an Epic Movie!