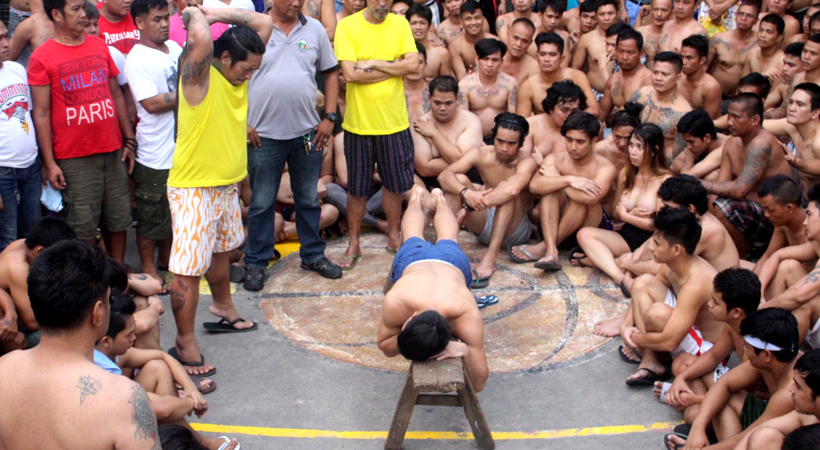 Amidst the rampant “war on drugs” fervor that has swept the nation, QCinema, Quezon City’s independent film festival, was bold enough to highlight and showcase a movie about drugs, party and the life of LGBT people behind bars in first time independent feature-film director, Howard “HF” Yambao’s BEST.PARTEE.EVER!

During the gala premiere Direk HF quipped that to fully enjoy the film, one must come in with an open mind– to suspend the socio-political noise that has been proliferating our social feeds and to view the scenario and situations with fresh eyes.

Miguel “Mikey” Ledesma (JC De Vera), a young discreet gay man who loves to party and partee (party with Ecstasy – a party drug) finds himself the victim of a drug buy-bust operation after his friend, Ryan (Tony Fabian) entraps him for allegedly peddling the party pill on the eve of his birthday. What follows next is a series of harrowing (and sometimes hilarious) experience of someone who’s lived a life of comfort and privilege struggle to survive 5 grueling years behind prison bars while awaiting his hearing. 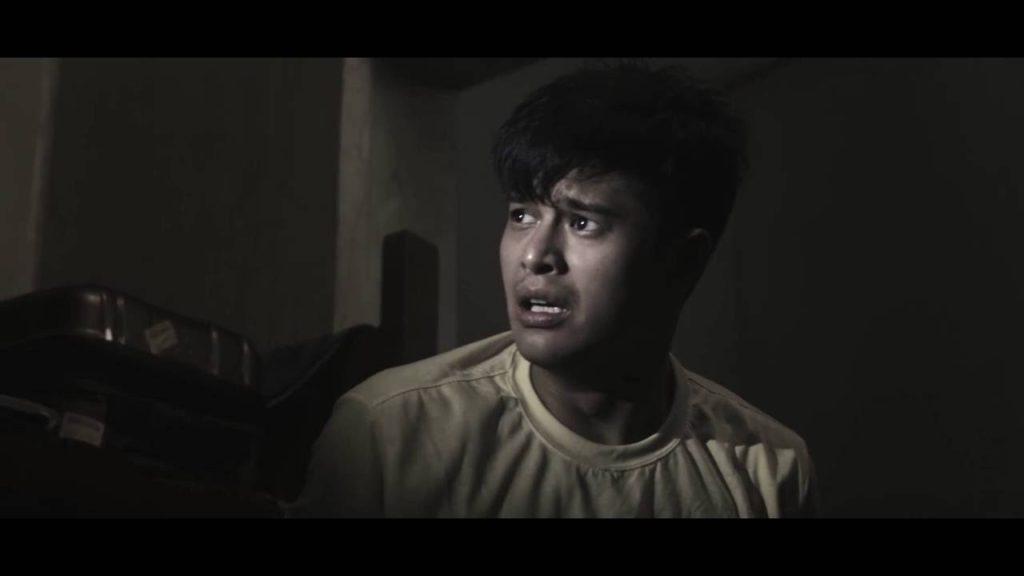 Life in prison is hard – from cramped cells that would give you claustrophobia, almost zero privacy when bathing and doing the particulars and not knowing if tonight will be the night you get raped in your sleep; life for Mikey gets more interestingly complex with the colorful cast of characters that the Quezon City City Jail thrust into the mix.

There’s Marby (Aaron Rivera), another ex-party boy, who becomes Mikey’s first true friend inside the prison. Marby orients Mikey about life on the cell block –what goes on at night, the relentless brawls, who to befriend and who to stay away from.

Amidst the constant daily struggle of fitting in and simply surviving, romance springs for Mikey in the form of tattooed cellblock meanie, Pitik (Jordan Herrera). The relationship grows gradual, the attraction organic and at the perfect crux, both Jordan Herrera and JC De Vera performs a kissing scene that would put Brokeback Mountain to shame. Opting to not use shock value (such as showing full frontal nudity and/or blatant sex scenes), Direk HF instead focus on a crucial tender moment of the story for these two actors to shine. The payoff? JC De Vera nets his first Best Actor Award (and from his first Indie Movie as well).

While the cast in general brought their A-game (even the short stint of Mercedes Cabral as Mikey’s Lawyer), perhaps not much attention and praise has been given to what could be the unsung hero of the film – the intelligent use of choice EDM music produced and composed by Moon Fear Moon (Juan Miguel Sobrepeña) .

“The music is an integral character in my film as the partying is integral to my lead character, Mikey,” HF connotes. “There’s a scene in the movie where he builds his own party lights inside his sleeping area. And I think it’s important to show how the character looks at that (party/ party scene) as a form of attachment to the world outside of the prison bars.” 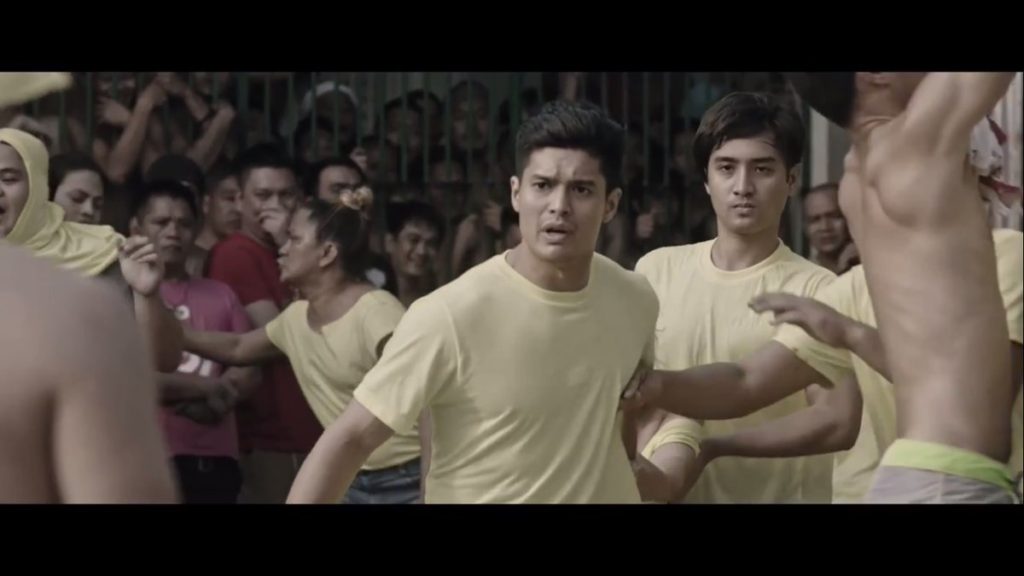 The EDM plays through rowdy crowd scenes (i.e. prison fights – which happens often) and creates a parallelism of the vibrant and almost violent thrashing done on the dance floor.

If there is one flaw the film possesses, it’s that it failed to fully maximize its other superb supporting actors.

I would have wanted to see more from Mercedes Cabral’s matter-of-fact lawyer or spend more time really knowing the hilarious members of Gang-Da, a hodgepodge group of gay inmates where Mikey, as “Mayor” (gang leader title) unites the once warring factions of Chubyonce (Shandii Bacolod) and Daphne (Xixi Maturan).

Overall BEST. PARTEE.EVER. manages to keep people entertained while touching on a few socio-political nuances such as our excruciatingly slow Justice System, the almost inhumane life of the inmates (remember folks, the purpose of Prison is rehabilitation), and the overall effect of party drugs on the youth. While these topics are heavy to tackle, the film prevents itself from being preachy.

If anything, the film simply gives us a peek into this extraordinary chapter in Mikey’s life; nothing more, nothing less. The story is, after all, based on real life accounts and experiences as mentioned by the Director in our previous interview. By and large, the film delivers! Amazing cast, superb acting prowess and a script that’s not too heavy to follow, BEST.PARTEE.EVER. is a deliciously fun romp and an amazing finalist from the Quezon City International Film Festival 2016!

You can still catch the last showing of BEST.PARTEE.EVER today at 1PM today (10/22/16) in the Trinoma Mall Cinema 1. 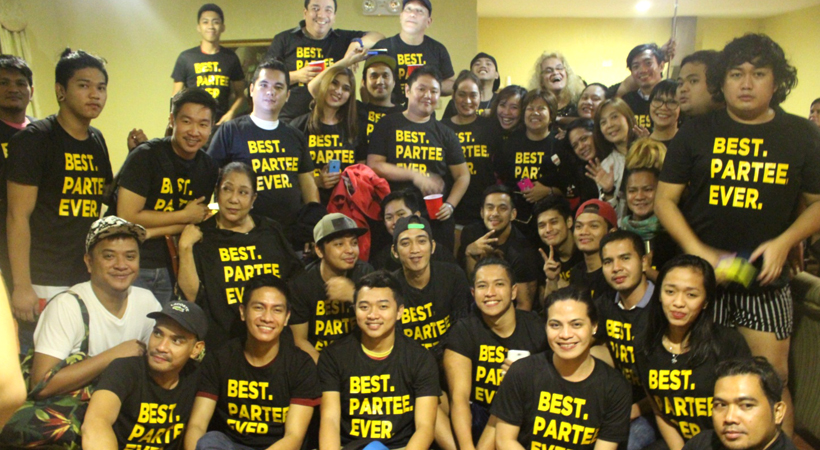