Did this Preview of SmackDown Live Spoil the Result of Miz and Ziggler’s Match at No Mercy? 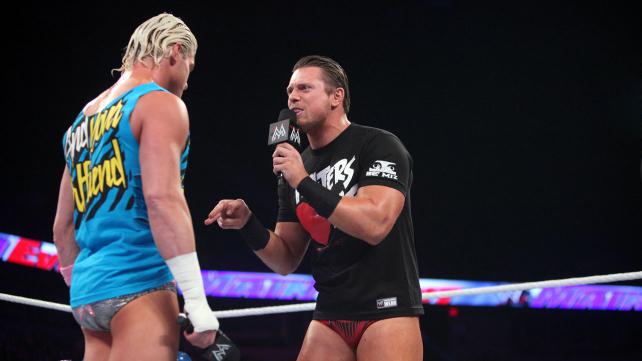 Not really a wrap-up but more of a possible major spoiler for one specific match this coming Sunday at No Mercy (Monday for us here in the Philippines). Aside from the Intercontinental title match at WWE SmackDown PPV event, a lot will be at stake for Dolph Ziggler, where he will put his entire wrestling career on the line as he faces The Miz for the IC belt… Exciting right?

But what is this? It seems that WWE may have accidentally ruined the suspense by spoiling the outcome.  At a recent synopsis sent out to various cable companies, it reads:

“A recap of No Mercy, including the three-way battle for world champion; and a look at Dolph Ziggler’s exit from WWE.”

What do you guys think? Is it really over for the showoff? Will he be back in some form or fashion like a backstage presence perhaps? Or maybe a new show in the WWE Network?

With his current status, and the fact that Ziggler just signed a new deal last year which makes him ineligible to transfer to other companies like TNA until the contract comes to an end, we can only guess what is next for Zig.

Adding to the stipulation, he also cannot move to Raw or NXT if he loses at No Mercy.