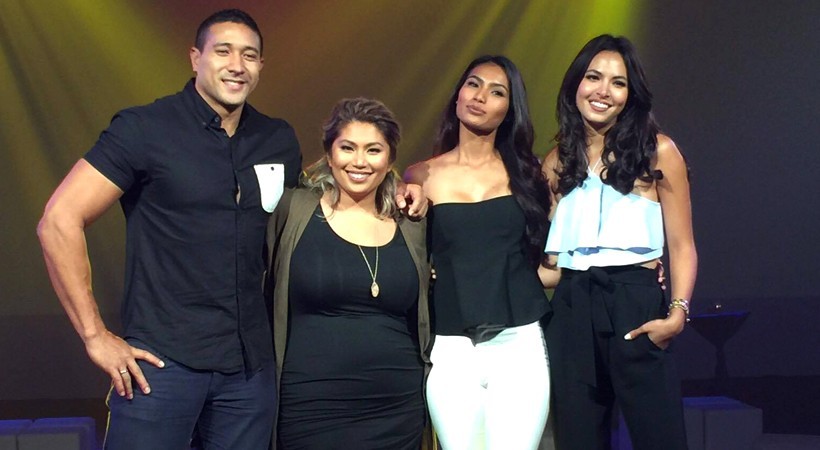 The Amazing Race Asia enters its fifth season and for the uninitiated, The Amazing Race is just as it says it is – AMAZING! 11 teams from all across Asia compete by travelling to multiple destinations where they must participate in a series of challenges that will test their teamwork and mental toughness. By completing these challenges, only then can the teams advance to the next location where they will either move on to the next round, or be eliminated from the competition. Imagine competing for a grueling amount of time, only to be eliminated a few legs before the finals just because you messed up a challenge? Season 5 will promises to be as exciting as the last, as you can expect to see more adrenaline fueled action as the teams keep their eye on the prize, a whopping 100,000$!

For season 5, the Philippines has two teams entering the competition as they look to repeat from the success of season 4 where the team of Richard Hardin and Richard Herrera from the Philippines won it all amidst tough competition from 9 other teams. The team of Richard squared (Richard and Richard, gets?) for the most part had a very strong showing during the whole of season 4, placing in the top 3 teams for majority of the challenges and although any team could really win it all in this type of competition, their teamwork and communication with each other proved to be superior as they went on to win it all during the final leg of the race. Heading onto season 5, let’s take a quick look at the teams from the Philippines who are hoping to make it a back to back win for the PH!

The first team is made up of the tandem of beauty queens, Parul Shah and Maggie Wilson – Consunji. Sound familiar? Parul finished third runner up during the 2015 Miss Grand International and Maggie represented the Philippines in the 2007 Miss World pageant. These girls are no strangers to competition and they are out to prove that they are more than just pretty faces, they are fiercely competitive and motivated as well. They love travelling and experiencing new cultures and when they decided to submit their audition tape for season 5, they said they just kept it real and they stayed true to themselves and let their personality do all the talking. Never underestimate a pretty face, the other teams may learn that lesson too late as this team is out to give it 200%!

Eric Tai, better known as “Eruption”, and his lovely wife Rona, make up the second Philippine team that will participate in the show. Eric was a host on the noontime variety show “It’s Showtime” and is well known for his hulking physique but smooth dance moves. Did you know that Eric is a self professed gamer and geek? He enjoys playing Dota 2 and League of Legends during his free time and even participated in the Rampage 2016 Celebrity Showmatch! Now who says geeks can’t compete on a international level? Along with his wife, they are out to prove that they can serve as inspiration to others by living “the life you want to regardless of shape, color, size, or gender”.

- Advertisement -
- Advertisement -
Previous articleDude sings “Dragon Ball Z” Theme in THE VOICE and Wins Over Judges and The Crowd
Next article9 Frightfully Fun Films to Watch if you want to Celebrate Halloween without any Scares!