Oh Nein They Didn’t! Iron Sky 2 Trailer shows Hitler on a T-Rex, and the end of the World as We Know It! 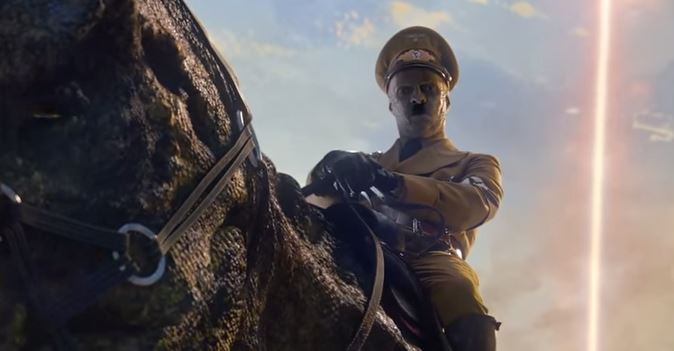 Comrades, our initial efforts to take over the Earth with our Space Zeppelins was thwarted by the humeenz. However the Fuhrer has a few tricks up his sleeves.

Iron Sky: The Coming Race (or Iron Sky 2) is a Finnish science fiction film and direct sequel the 2012 film “Iron Sky”. The film is directed by  Timo Vuorensola. Produced through crowdfunding it is slated for a 2017 release in selected areas worldwide by demand. Check out the trailer below.

Trouble is a brewing. In the trailer, we see Washington DC under nuclear attack while the President of the United States is evacuated to Antarctica. BUT WAIT! She’s not human? And in a secret passageway in the Antarctica base she rendezvous with none other than Adolf Hitler on his suhweet ride, a Tyrannosaurus Rex  as they finally begin their plot for global domination.

Twenty years after the events of Iron Sky, the former Nazi Moonbase has become the last refuge of mankind. Earth was devastated by a nuclear war, but buried deep under the wasteland lies a power that could save the last of humanity – or destroy it once and for all. The truth behind the creation of mankind will be revealed when an old enemy leads our heroes on an adventure into the Hollow Earth. To save humanity they must fight the Vril, an ancient shapeshifting reptilian race and their army of dinosaurs.

Joining the film are dancing strongman Vladimir, a still-alive Steve Jobs as the creator and religious figurehead for the new “Jobist” religion, and a gun-toting Messiah who wants in on the action. Yup, It’s a mashup of all the crass 80’s sci-fi tropes rolled into one over-the-top project. 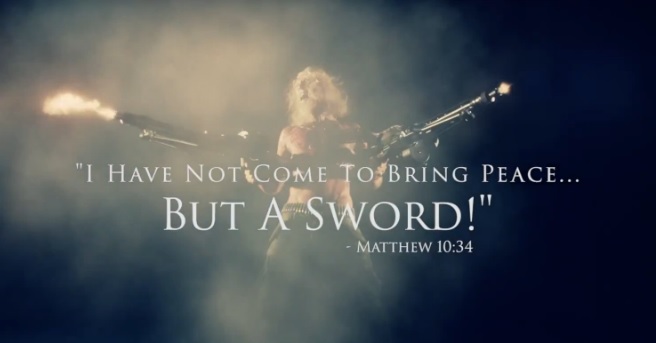 Iron Sky the Coming Race is slated for release on areas on demand this 2017. If you want so see the film in your country head on over to the Iron Sky website here and fill up the demand online form.