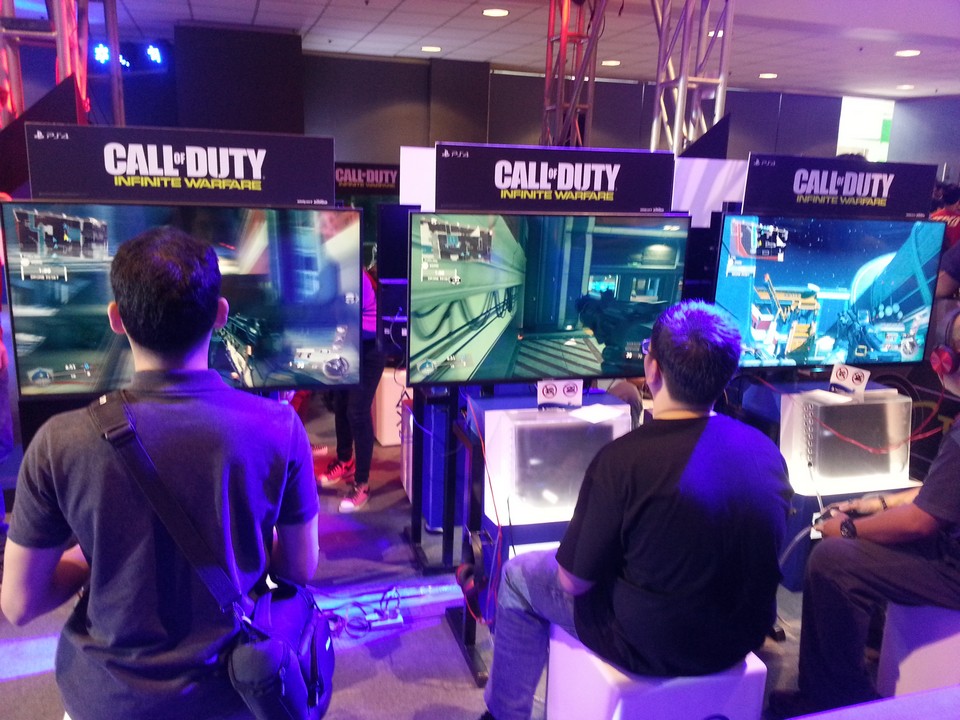 The first day of ESGS was a strong showing of just how awesome the 3-day event would be! One of the things that stood out was definitely Sony PlayStation as they showed off the upcoming CALL OF DUTY: INFINITE WARFARE! 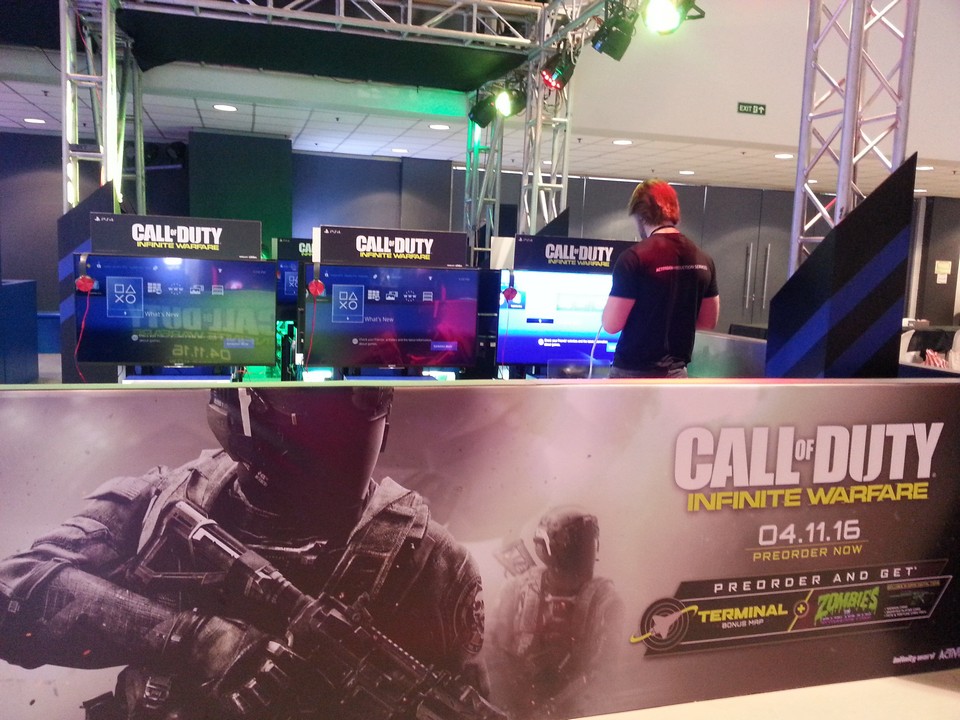 The PlayStation Booth offered gameplay demos to guests which allowed them to play the Multiplayer mode of the game.  This experience is free to any ESGS Guest.

One of the highlights of the day was definitely the Press Briefing for Call of Duty: Infinite Warfare. It was here that we were able to talk to Sony representatives as well as to Eric Monacelli, the Director of Communications for Infinity Ward (the developer of CoD: IW). He talked to us about the inspiration behind the game as well as how even their military advisers mentioned that the next wars will be fought in space. He gave us insight into the development of the game and talked to us on what can be expected after the game’s launch.

One additional treat was that they let us try the JACKAL EXPERIENCE – a VR game tied to the Call of Duy: Infinite Warfare game where you play as a pilot of a Jackal spacecraft.  Everything inside the VR popped out at you and the overall visuals looked fantastic. 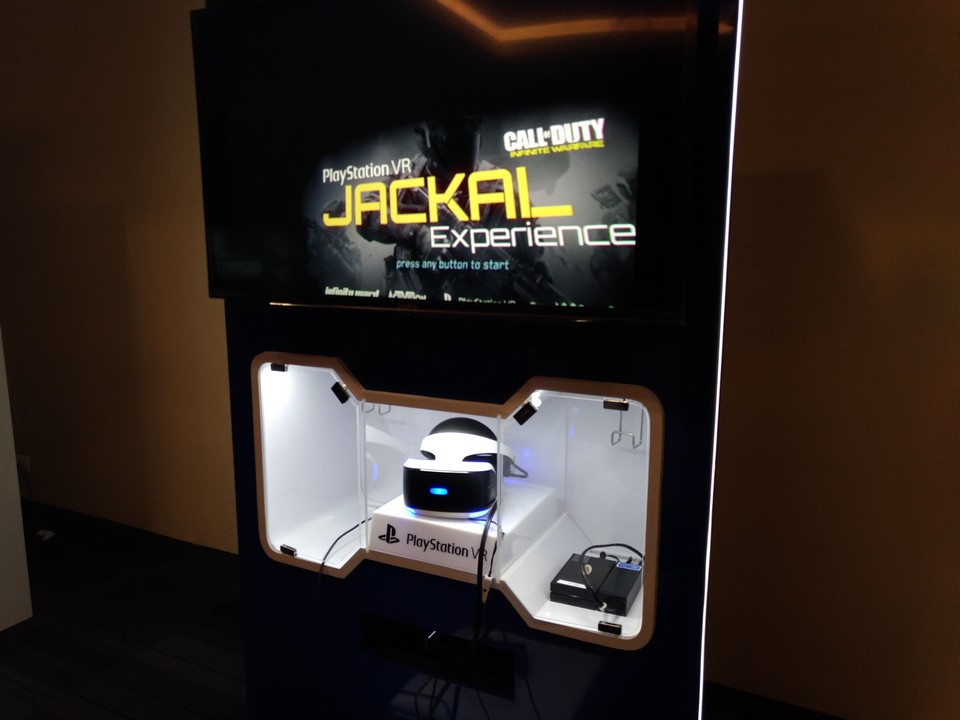 Sony truly was a showstopper at the ESGS. Be sure to not miss out on the experience! Drop by today / tomorrow and take part in all the Call of Duty: Infinite Warfare goodness BEFORE the game’s actual launch on November 4 🙂

- Advertisement -
Previous articleNiantic-Globe Partnership Announced! Will bring over 200 Gyms and 300 Poké Stops Nationwide and MORE!
Next articleIt’s not too Late to Travel Back in Time before OCTOBER Ends! | Time Travel Shows of October 2016