Ditto is now available for Catching in Pokémon GO! 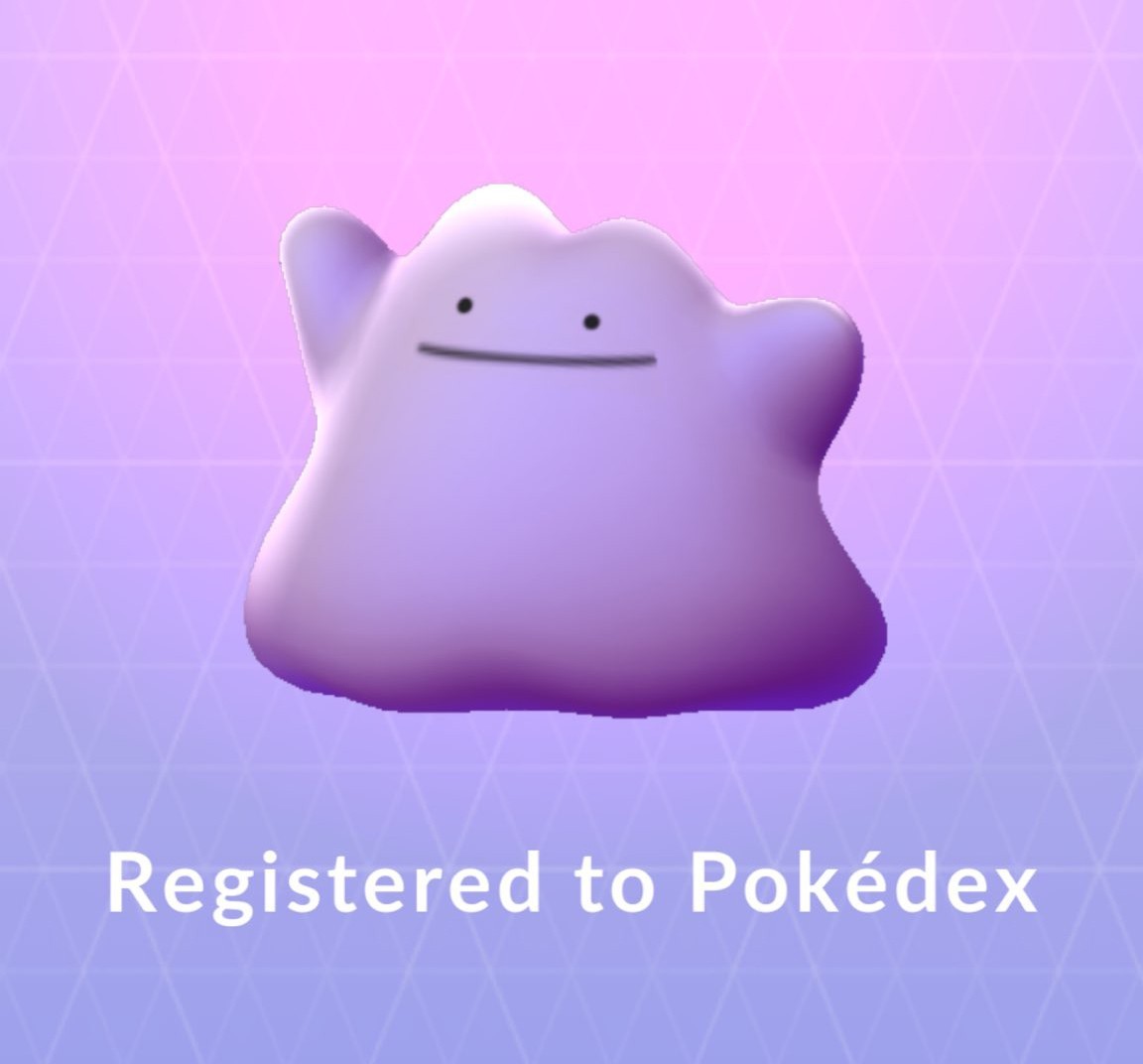 Ditto, one of the six elusive Pokémon who were unavailable in the Pokémon GO game, has finally appeared and is now ready for capture!

Niantic has not given an official statement about Ditto’s release in-game, but There have been posts of Ditto’s capture circulating in social media as early as 7:00AM, Manila time.

Twitter user @WhatUpMC who plays from Quebec, Canada has posted 2 videos of Pokémon (Pidgey and Rattata specifically) turning into Dittos after being captured.

Managed to get another video of catching Ditto, this time it transformed from a Rattata @trnrtips #PokemonGO #ditto pic.twitter.com/s45wGgFnxc

How do you find out if you’ve captured a Ditto? Instead of the usual ‘Gotcha!’, you’ll get a notification saying ‘Oh?’ hinting that you’ve caught a Ditto!

Try playing the videos again to see it for yourself.

In case you’re not familiar with Ditto, he is a shapeshifting Pokémon who has a light magenta blobbish appearance. It is capable of transforming into an exact replica of any physical object, even to any Pokemon. In the Pokédex, Ditto is tagged as Pokémon #132, just in between Gyarados (#131) and Eevee (#133).

Some users have also reported in using Ditto in Gym Battle, Ditto transform to the opponents Pokémon. So cool!!

How to Capture Ditto

As shown in Twitter video above, a Pidgey or Rattata can turn into a Ditto. This means that the best way to get one is to capture all the Pidgeys and Rattatas you encounter in hopes that it will turn into a Ditto.

So far, we have yet to receive any news of Dittos appearing locally (Philippines). Will you be the first one to capture a Ditto in the Philippines? Feel free to leave a comment and share a link (Twitter, Instagram, Facebook) to your screenshot or video of your successful Ditto conquest. 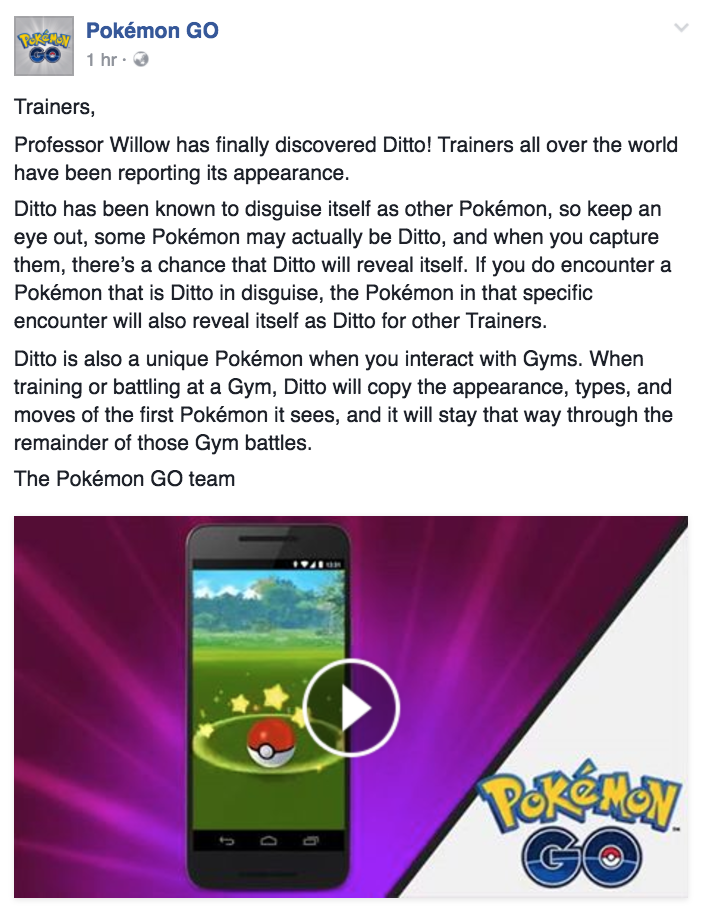