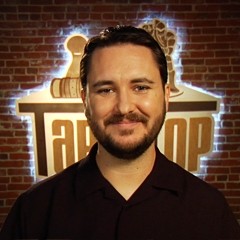 For tabletop hobbyists, Tabletop by Geek & Sundry has been a milestone web series. It inspired us, introduced us to new games, and, heck, it got us more into board gaming! And fresh from Halloween, it seems that we’re getting an awesome TREAT as Tabletop season 4 for will debut on November 2!

The game line-up this season looks amazing and we’re super psyched seeing Eldritch Horror there! The first episode is scheduled for release via Geek & Sundry’s Youtube channel on November 2 and the next episode will be on November 9. The succeeding episodes after that can be watched via Alpha every Wednesday. Otherwise, you can catch them on the Youtube channel by early 2017! With that, there’s nothing left to say buuuuut… Play more games!