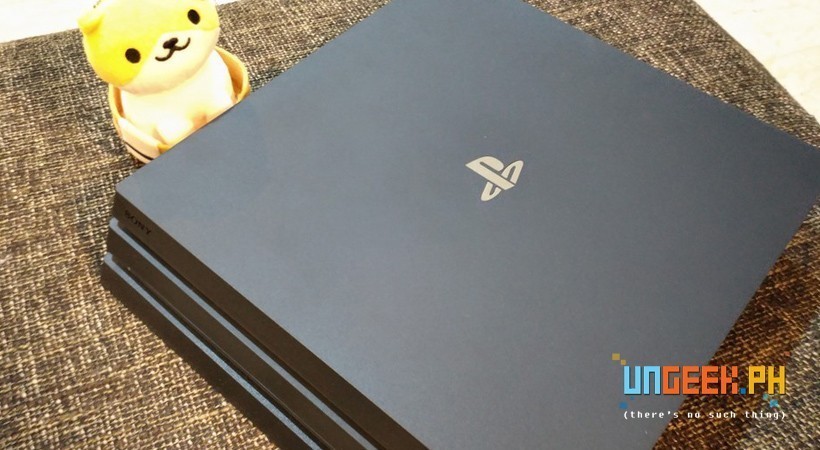 The PS4 Pro is definitely the biggest iteration of the PlayStation 4 unit in both size and power! And we had the privilege of unboxing it! 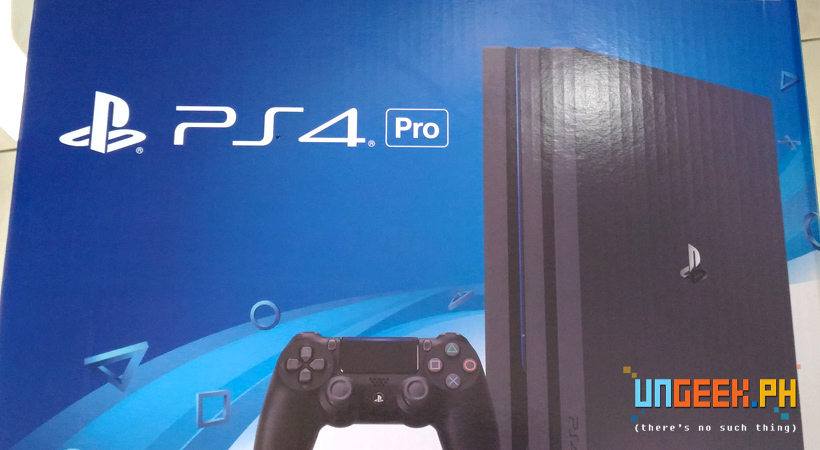 The PS4 Pro is the latest upgrade to the PS4 and is probably the last before the line takes a big leap towards the next gen PS5. With the Pro, gamers can enjoy playing their favorite video game with resolutions up to 4K and (ideally) with a 60 fps frame rate.

While there are only a handful of games currently that are optimized for the PS4 Pro, more and more games coming out are designed with the Pro’s up-scaling capability in mind.

The PS4 Pro is also designed to be paired with PS VR unit. The increased power would help alleviate framerate and potential graphic issues with VR. 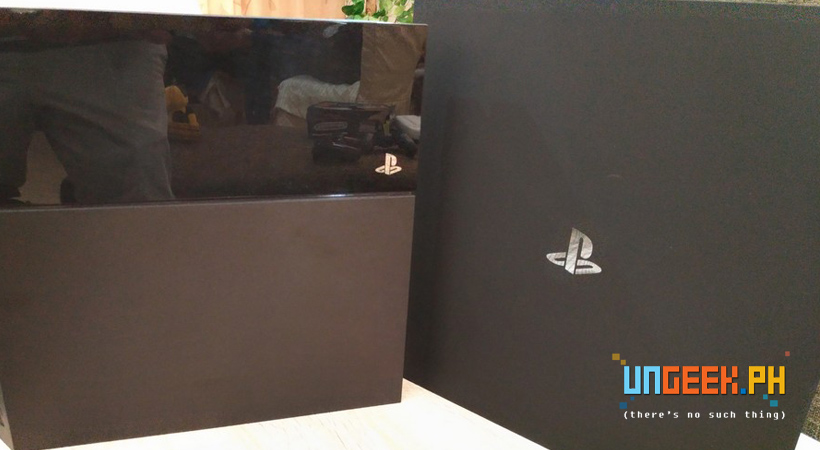 From a physical standpoint, the unit is enormous (but not to the point of it being overbearing). It’s definitely bigger than the PS4 Slim (which is about less than half of the Pro), but what surprised me is how the PS4 Pro surpassed the size of the original PS4. 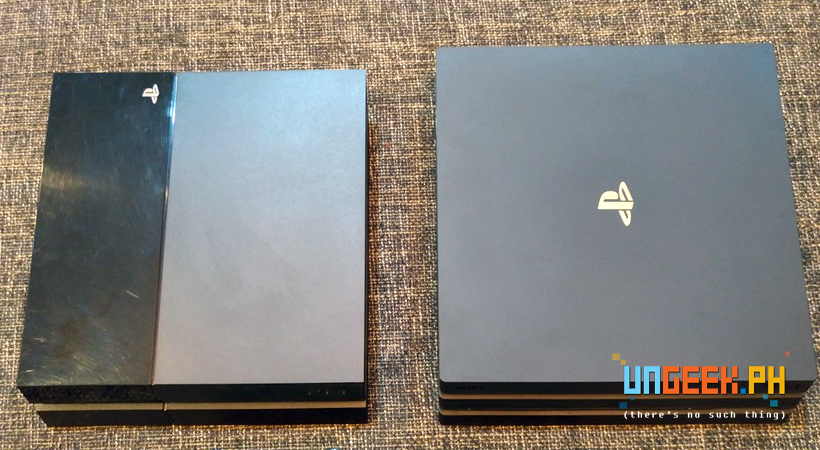 At a glance, the PS4 Pro seems like the Slim with an extra layer on top but upon closer inspection, there are varying difference. 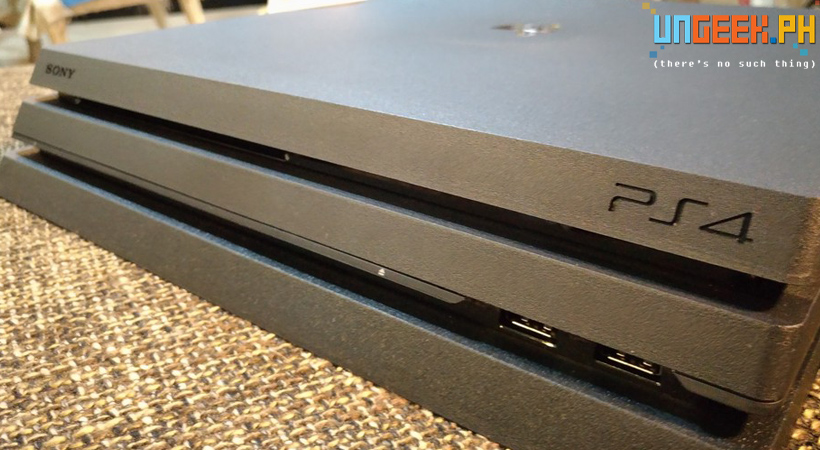 One such difference would be the power and eject buttons. The PS4 Slim’s buttons are rounded and more pronounced while the PS4 Pro borrows its aesthetic from the original PlayStation 4 unit – albeit using actual buttons this time around.

The PS4 Pro also welcomes back the return of the optical audio in jack. Now you can hook your console to some sweet 7.1 surround speakers for the ultimate eargasm! The PS4 Pro also comes with an extra USB port at the back racking up a total of 3 ports than 2 from all the other PlayStation units. 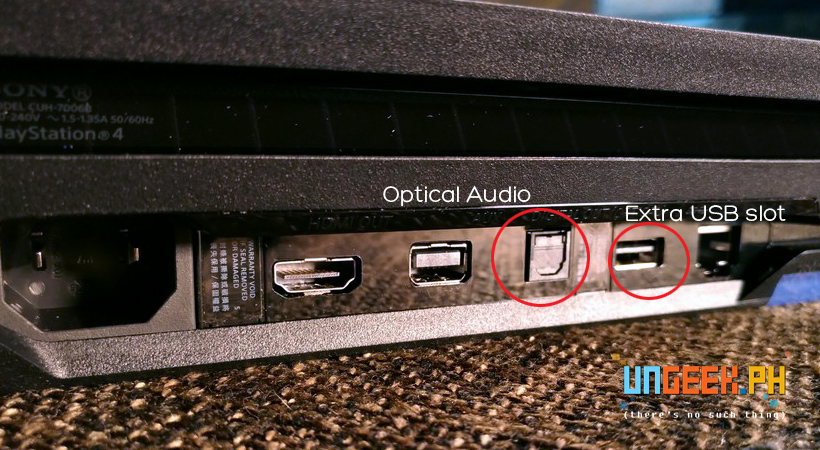 Speaking of USB Ports, they did bring the USB ports closer to each other (again similar to the original PS4) instead of keeping them apart like the Slim. 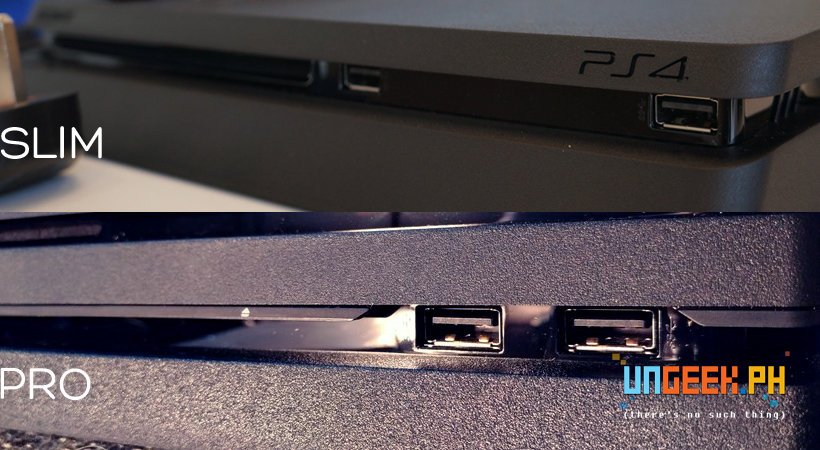 But with the extra at the back, that shouldn’t pose much of a problem. 🙂

All in all the PS4 Pro is a unit to behold. Sleek yet commanding.

We’ll give you guys our full review of this monstrous new offering from Sony Playstation soon. The PS4 Pro retails for Php 22,990 and has a 1TB storage for all your gaming (and entertainment) needs.

- Advertisement -
Previous article
Itching to experience enhanced visuals from the PS4 Pro? Check out the list of optimized titles for maximum fun!
Next article
Kimi no Na wa (Your Name) gets an English-Dubbed Trailer!