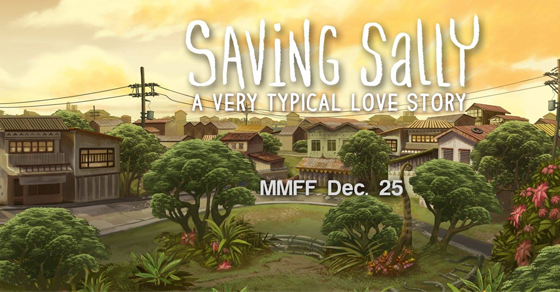 From “why it took more than 10 years to make”, to interesting tidbits about the cast and crew, and other easter eggs in the movie, Check out these 11 facts about “Saving Sally”

Did you know that Sally was originally played by Anna Larrucea? Yes 90's kids, the cute girl from Batang-X!Learn this and more as you watch 11 Facts About Saving SallyDon't forget to watch our film Saving Sally in cinemas this December 25#ImSavingSally #LovetheNewMMFF

If you haven’t seen it yet, we highly suggest that you do!  “Saving Sally” is currently showing the following cinemas:

Edit as of: 10:35AMFor those places with no Saving Sally YET, all hope is not lost, it can still show, as long as they know you want it! So let them know #ShowSavingSally!

BONUS: Yes, there is a end-credits or after credits scene in “Saving Sally”.

To get the latest updates, visit “Saving Sally” – Facebook page.