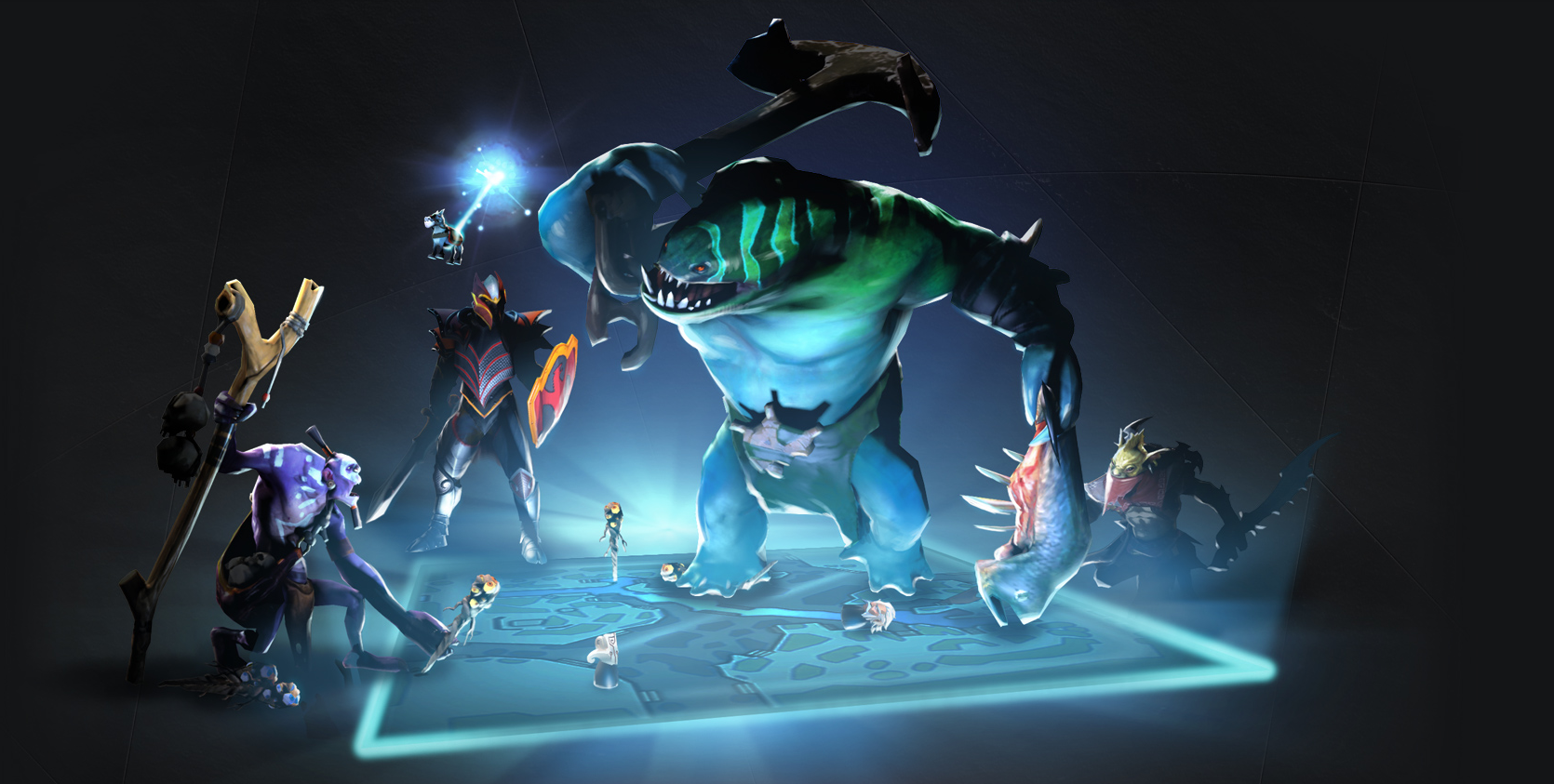 Dota has been around for quite a while now and in between countless updates, meta shifts, and nerfs, there are a handful of moments that really blew the minds of the Dota community. Dota 2 was a perfect example, taking the mod we all knew and loved and releasing it as a revamped standalone game. Years later, right after OG was crowned three time Major champs, fans from all across the world were left with a video that would shock the Dota community. In case you missed it, peep the reveal below:

During the time of reveal, patch 7.00 was a big unknown. There were rumors circulating about what it may contain and what changes will happen but nothing specific was confirmed as to the contents of the patch. Earlier today, a countdown happened on the Dota 2 website which would unveil the biggest update that was bound to shake the game down to the core and boy did the update deliver! Not only did it introduce the long awaited new character, the Monkey King, it also showed the community what the development team has been working on for so long – various UI changes and updates, revamped map and creep locations, and loads of new reworked items and characters!

While the patch has been widely talked about, a lot of people had different views about patch 7.00. Many have jokingly called it Defense of the Legends, or League of the Ancients, a comparison to the widely popular game of the same genre League of Legends. While it may be true that some of the updates have a striking resemblance to LoL or even Heroes of the Storm from Blizzard, Dota 2 is still a very different game, staying true to its core of being a very deeply strategic and highly skill based game that has a personality that is unique to Dota alone.

There is a TON of things to talk about from the patch notes and it will take days and weeks to go through all of them, but we’ve taken the time to look at those for you, so check out the 5 things we are looking forward to from patch 7.00!

Arguably the BIGGEST addition to the game, the talent tree replaces the outdated +2 attribute level up reward. When your hero reaches certain levels in the game, you will be able to choose certain talents that will increase the effectivity of your character depending on how you play. Let’s take for example Vengeful Spirit, who is widely considered as a support that can disable and initiate on the enemy team. Based on her talents, you may choose to either solidify your support role, choosing certain talents such as +8 magic resistance and +8 to all stats for survivability, +20 movement speed for maximum mobility, and magic missiles piercing spell immunity to support your team even further. If you think a damage build is more your type, you can choose the other talent options, gaining +25 attack speed, +100 magic missile damage, +50 damage, and +20% vengeance aura damage.

With the addition of the talent tree, how you choose to build your hero is completely up to you and the item builds that you normally would get for your hero may drastically change to take advantage of the talents you will be choosing! 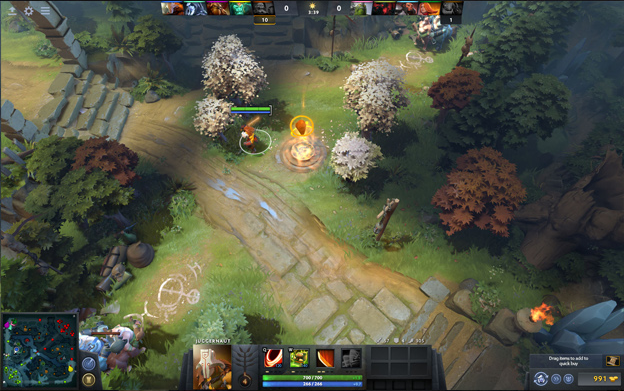 Map vision is one of the most important factors in Dota as it can literally win or lose the game for a team. With this being said, every little bit helps and that’s exactly what this new update brings us. As you can see, a lot of the unnecessary empty spaces have been taken a way, favoring a more minimalist approach to the interface. The top part of the screen sports the hero bars, which shows the ultimate status as well as MP per hero, along with transparent menu keys to maximize the real estate. The minimap can be scaled as well to suit your needs, this is a great addition that has been long overdue!

The hero console has also been reworked, allowing skills to be easily upgraded, as well as an easy to use interface for the hero talents. There is also an option to view a chosen hero in full detail via a side panel that will display all information about a hero without sacrificing your hero console! 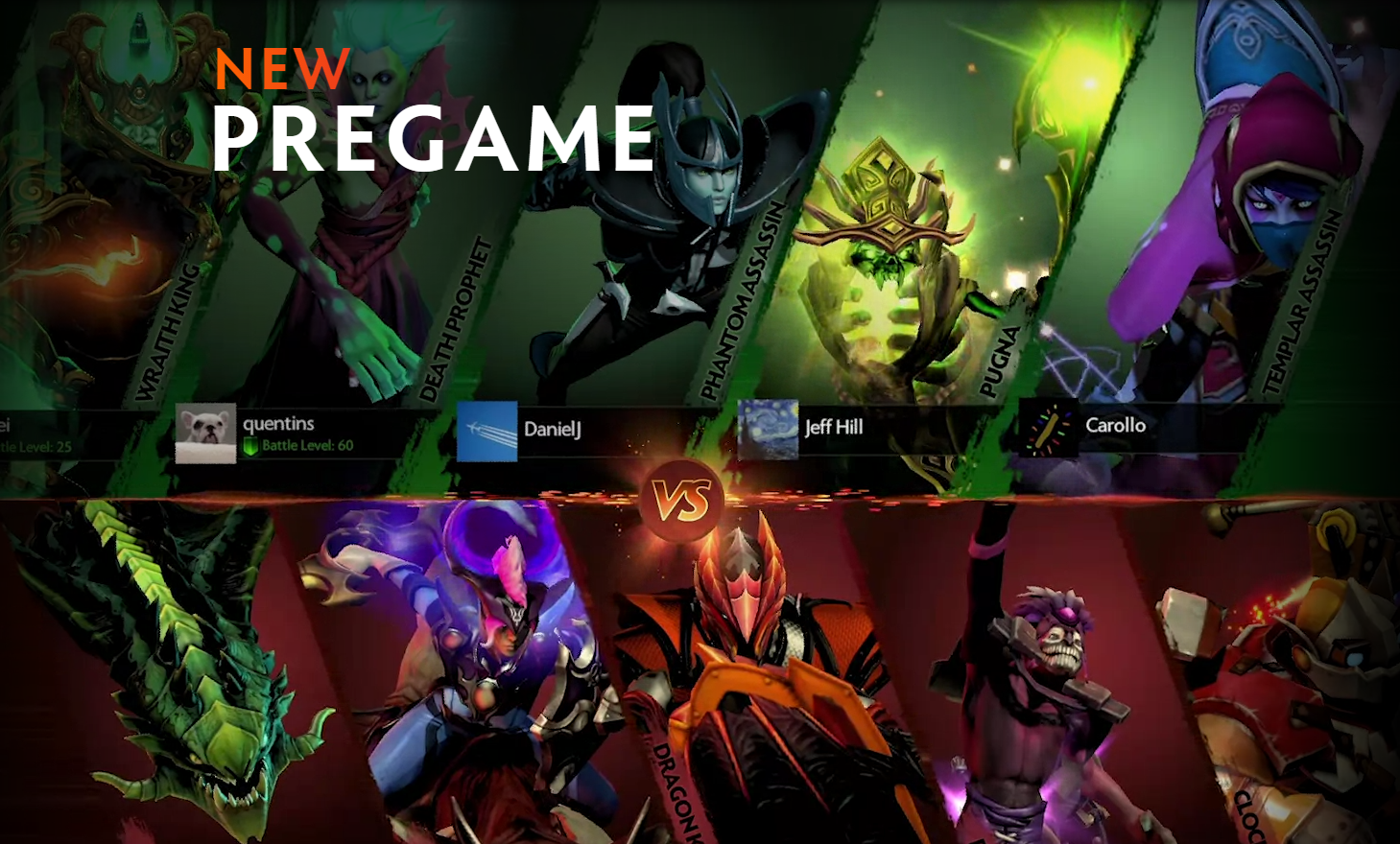 I am a fan of bright lights and shiny things, and as much as this reminds me of Street Fighter more than anything, I absolutely love the cinematic before a game starts! This is really a small addition but it does make a huge difference as to building hype before the match officially starts.

Other pregame improvements include allowing you to revise your hero loadout, discussing strategy via a team minimap, as well as purchasing items so that when the match starts, you can jump in on the action right away!

Dota 2 matches can go really long, like 60 70 80 minutes long and during those times, item slots are equally as important as the items you will be placing on them. With the addition of a backpack, your character can carry more items (some items are prohibited from being placed on the backpack) that will make it easier for your hero to switch out items during intense moments. The backpack also allows you to lessen courier use, allowing you to form items from recipes containing multiple components without complaining about the lack of item space.

The scepter has been a very hit or miss item for some heroes. While the usability of some heroes drastically improves when equipped with a Scepter, certain heroes do not need the Scepter to be equally as useful. Patch 7.00 brings new upgrades via the Scepter and all we can say is WOW, these new upgrades are definitely worth the look!

Patch 7.00 is HUGE and there is a lot we have not covered yet such as various tweaks and reworks to the current hero line up. You can check all of the changes in full detail via the Dota 2 website while waiting patiently for the patch to download on your PC’s via the Steam client. The overall playing experience of Dota will never be the same again after this patch and we can expect a lot of things to change before the next Major tournament. What are your thoughts on the changes for patch 7.00? Do you like them as much as we did? Let us know your thoughts on the comments section below!