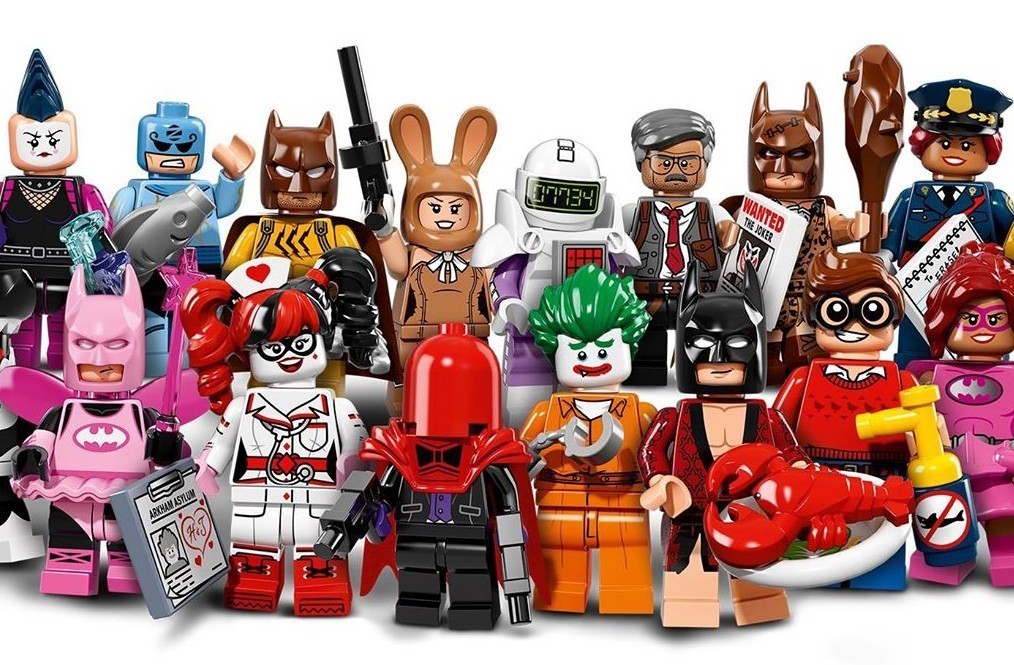 LEGO has just announced a new set of “The LEGO Batman Movie Collectible Minifigures” (Series 71017). The set mini-figures (or minifigs) are characters featured from the movie, ‘The Lego Batman Movie” .

It also contains other villains from the Batman lore such as Mime, The Calculator, King Tut, Orca, Eraser, Red Hood, Zodiac Master, and March Harriet.

And, of course, let’s not forget our other supporting heroes like Dick Grayson, Commissioner Gordon, and Barbara Gordon.

And when Lego Batman is tired of his usual black suit, he also sports other costumes such as Lobster Lovin’ Batman, Glam Metal Batman, Clan of the Cave Batman, Vacation Batman, and Catman!

Who do you think wore it better Fairy Batman or Pink Power Batgirl? Be the judge.

This set includes 20 new Minifig characters featured in the movie.  This is only the second time LEGO ever featured more than usual count of 16 LEGO Minifig per set. The first one was this year’s Lego Disney Minifigures (Series 71012).

Spot the minifigs featured from this set in the latest “The LEGO Batman Movie” trailer as it prepares to hit the theaters on February 2017.

The LEGO Batman Movie Collectable Minifigures is due for release in January 2017, costing around USD 4.00 for each blind bag.

Locally, the price of a blind bag minifig ranges from 240 to 270 pesos. You may purchase yours from Lego Certified Stores (BGC, Alabang and Trinoma branches), ToyRUs, Toy Kingdom, and Hobbes and Landes. You may also check out the Philippine Lego User Group – Facebook page for other sources.

- Advertisement -
Previous article[WATCH] New Trailers and Posters for ‘Rogue One: A Star Wars Story’ continues the hype for the December Blockbuster!
Next articleSayōnara… Life-size Gundam Statue in Tokyo will be Removed Permanently