A huge dosage of Vocaloid cuteness in the Hatsune Miku Jumbo Nendoroid! 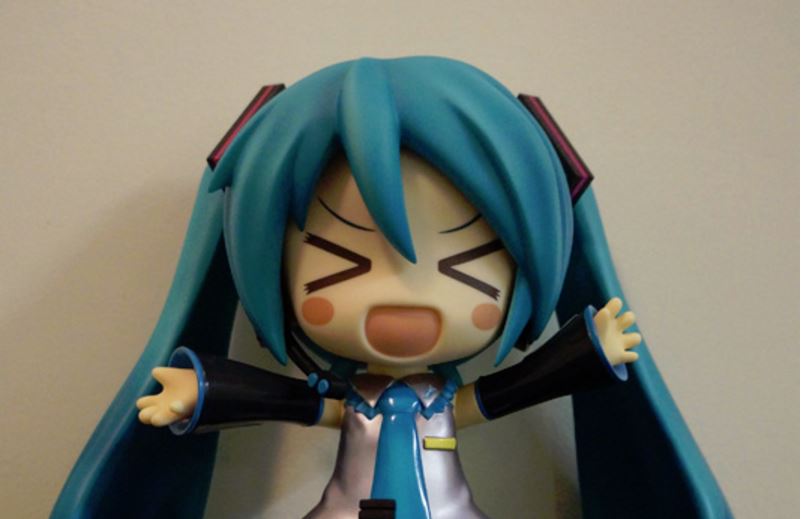 One of my main hobbies outside of cosplaying is toy collecting. I’m especially obsessed with the chibi action figures known as Nendoroids. I frequently buy them online at Good Smile Company and have them shipped to my place. Today, though, I received a huge surprise when I found a gigantic cardboard box waiting at my front door. I opened it and, lo and behold, it contained my much-awaited Jumbo Nendoroid Hatsune Miku figure! 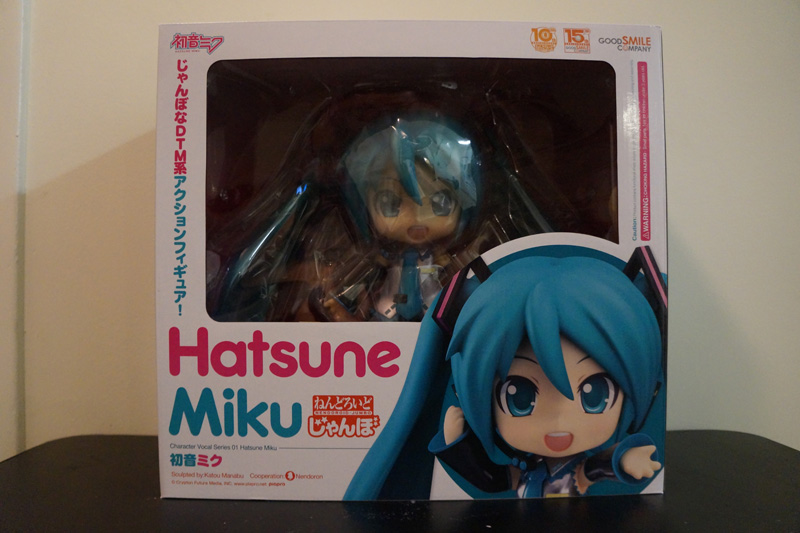 For those not familiar with Hatsune Miku, she’s a teal-haired leek-loving virtual pop diva created by Crypton Media. She has numerous music albums and performed live in various countries around the world, and it comes as no surprise that she has an extensive line of Good Smile-produced action figures.

The Jumbo Nendoroid Hatsune Miku figure was created as part of Good Smile Company’s 15th anniversary and Nendoroid’s 10th anniversary. I first saw this figure at the NYCC 2016 and, ever since then, I was eagerly waiting for my online order to arrive. So when I found her waiting for me at my doorstep today, I promptly cleared my calendar and set about opening the package.

The first thing that stood out to me was the packaging. Good Smile kept true to the Nendoroid box design and preserved every detail of a normal Nendoroid box; the only real difference I observed was the size ratio. I felt a little like Alice in Wonderland when she saw the gigantic glass bottles and mushrooms. 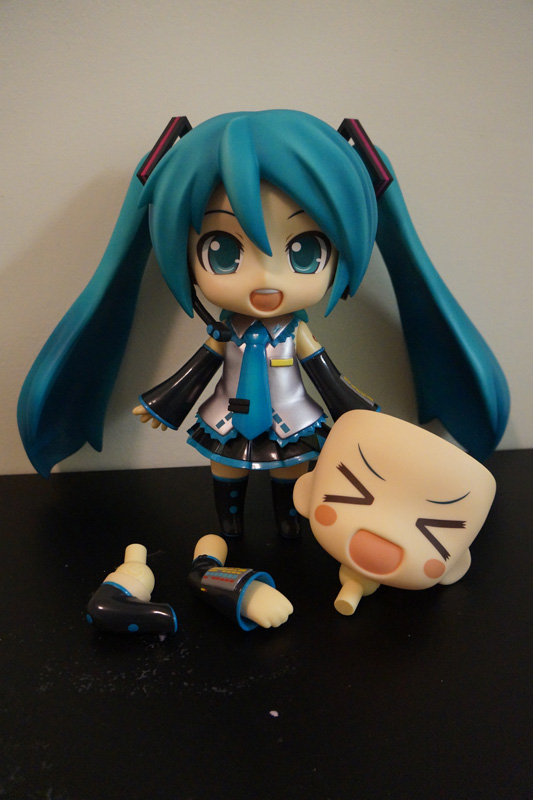 The box included the Jumbo Miku figure as well as an extra facial expression part, an extra posed arm, and an extra posed leg. The figure was based on the existing Hatsune Miku 2.0 Nendoroid’s design, and it came as no surprise that it felt every inch like a standard Nendoroid, from the plastic material used for sculpting to the points of articulation. 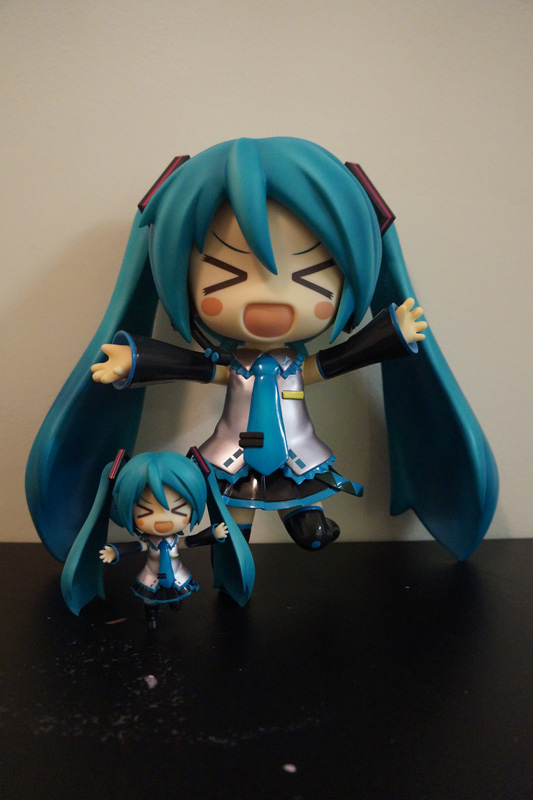 Now, you may ask, “what’s the down side to it?”. One of the things to consider with the Jumbo Miku figure is the weight of her head (which is typical of Nendoroids). Her head plus her twintails account for more than half of the figure’s total weight, so care should be taken when posing and/or changing face parts. But, as long as you cradle her carefully in your hands, you should be fine.

Overall, Jumbo Miku was worth every penny I paid and every second I waited for her to arrive. She is a must-have for any Nendoroid/Vocaloid enthusiast, and toy collectors will find her to be a trophy figure that displays beautifully in a glass case. This is definitely a jumbo-sized way to show your Vocaloid love!