Is Sony’s The Last Guardian Worth the Wait? | Ungeek Reviews 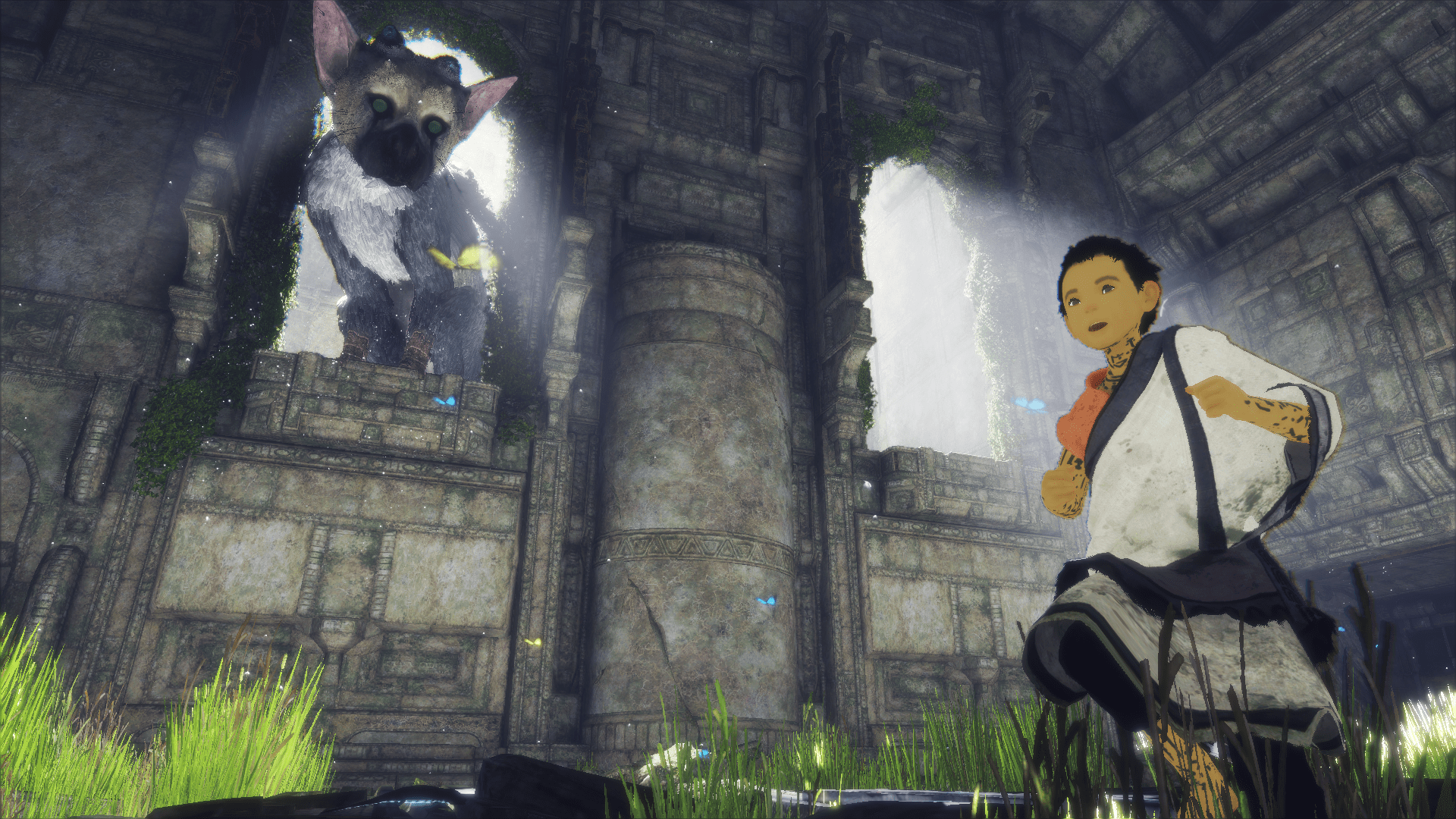 Being a gamer is especially tough during the holiday season. More often than not, this is the season where multiple triple A games decide to come out and vie a spot on our gaming cabinet. Most often than not we’re left with the pressure to buy all these titles only to not find the time to play them all later because, well, life. 🙁 2016 was no different and we saw a bevy of several releases of top IP games in a span of 2 months like Watch Dogs 2, Dishonored 2 (which recently won best action / adventure game at The Game Awards), and Final Fantasy XV (FINALLY! After 10 long years!). While there are more games coming out to close the year, one particular game that’s flying below the radar is actually one of the most highly anticipated games several years in the making — The Last Guardian.

Bumping from a supposed PS3 release to now (finally) a PS4 one, will this emotional adventure game about a boy and his oversized cat (joke, he’s not a cat) live up to the hype or will the weight of past success bring it down? Join us as Ungeek brings you the review for The Last Guardian for the Sony Playstation 4!

The Last Guardian is the latest offering from genDESIGN and SIE Japan Studio after their widely acclaimed and successful outings with Ico and Shadow of the Colossus. Ico and Shadow of the Colossus for the PS2 were widely considered as masterpieces, bringing a refreshing perspective to the action – adventure genre, which The Last Guardian is looking to replicate. The premise of the game is that of a young boy that forms a bond with a griffin-like creature named Trico. Throughout their journey, they will encounter various puzzles and obstacles in which the boy must “use” Trico to navigate and escape. You can climb on Trico, use the creature to access previously unreachable areas, break obstacles, and so much more. As the unlikely pair move forward with their journey to answer the many questions they have, they realize that, no matter how cheesy it sounds, the bond of companionship they have formed with each other will be the one constant they can rely on.

For this review, instead of telling you about the obvious “graphics are great” and “soundtrack is awesome” line (which they are btw!), we’ll let you know how we felt about the game as we played through it for the past week, giving you a spoiler free insight on whether you should pick up the game or not when it launches worldwide tomorrow, December 6, 2016. Let’s get down to it!

Before firing up our copy of the game, we mostly knew what we were getting into. Ungeek was privileged enough to test the game out during the recent ESGS 2016 along with other local gaming outfits. Heck, even without playtesting the game, we already knew (more or less) what to expect given the numerous videos, images and constant updates that we followed throughout the years. We’ve been waiting for this game for far too long folks, and we will not be denied!

In a nutshell, The Last Guardian plays almost exactly like ICO but instead of the princess Yorda being our companion, it would be Trico, a great man-eating beast who’s as cute as a cat!

Before we give you the goods, we like to get something off our chest. As soon as you gain control of the main character, you are immediately introduced to the first half of the toughest adversary of the game, the sluggish controls. Moving the boy around is not as easy as you would like it to be and it feels like he is walking in a layer of mud. The movement feels slow, and while this will be something you can get used to as you play along, it’s simply not ideal! For something that has been in development for the longest time, you would expect the controls to at least be perfect. We also took issue on the button mapping as we felt it was not as intuitive as we hoped it to be. Most of the games I’ve played had X as its designated jump button, this game maps it at Triangle, so there would be times I’d found myself tapping X only to remember, yet again, that it’s triangle this time around. Again, something that you can get used to but it. is. simply. frustrating!

If you have not played ICO or Shadow of the Colossus and are going blind into The Last Guardian, you may feel a little bit lost about where to go and what to do. There’s no minimap or quest menu that will point you to your next objective and this might be a big turnoff for some players. In The Last Guardian, you are left to your own devices, trusting your own instincts on what your next move would be. More often than not, you will find yourself staring into a big cave or an abandoned structure, frantically searching for a clue that will lead you to your next objective. You will have Trico to help out but most of the time this isn’t enough (and most of the time he’s pretty useless, except for being cute, right Trico? Yes, yes who’s a cute kitty?).

Enter the second half of your adversary, the camera. Sometimes the camera moves the way you want it to, sometimes it gives you viewing angles from hell, most times the camera just gets stuck behind walls and obstacles. For a game that requires you to look around a lot to figure out your next move, I find this baffling. I cannot count the number of times I’ve had to move around to readjust the camera to a view that I actually liked. You actually feel good about yourself once you find a good angle you can work with, but not after falling into a pit numerous times because I couldn’t accurately jump to the next platform.

Looking past the immediate camera and control flaws, you will find a game that finds its charm from the various emotions you feel while exploring the levels. As you would expect from the creators that brought you ICO and Shadow of the Colossus, the art direction and level layout shine bright in The Last Guardian. Often times I caught myself just looking around and just admiring the atmosphere of the game. Caves “feel” like caves, grasslands feel like grasslands and the genuineness of the world magnifies whatever emotion (helplessness, joy, elation, warmth of companionship, success over an obstacle, etc) the game needed you to feel during key sequences to immerse yourself even further.

The heart of the Last Guardian really resides in the bond-building between you (the boy) and Trico. You’ll learn to feel connected to their plight, their need of each other and this is really where the strength of the game springs forth. The buildup, I will admit, is slow for me (because of above-mentioned frustrations) but the effects are rewarding once you power through the game and build this bond over Trico.

Storytelling is kept minimal but sufficient enough to create a running plot. It’s the times you spend with Trico that really gets you invested in the game. Like any pet, Trico is temperamental but teachable. And while it’s no Tamagochi, the game does go through lengths to make it seem that you can really train your creature. There are times when Trico will literally ignore your command and that sense of realism (while frustrating) is quite a novel touch.

Platforming and creative puzzles add to the interaction between you and your legendary companion. As mentioned, The Last Guardian presents itself without mini maps and any form of markers and while this can be a bit perplexing, it does give a very refreshing take and forces you to be fully immersed in the world that they built. The lack of these icons add to the cinematic quality of the entire game.

Overall, we liked The Last Guardian. Despite the bad controls and whack camera angles, the game was fun and satisfying to play. I’m not particularly a fan of this genre since I’m mostly an RPG gamer but I’ll admit I was surprised by how invested I was after playing through a few hours in. After a few bumpy starts (with that damned controls and camera), and when you begin to slow your pace and appreciate all the intricate details and atmosphere of the game, the world of The Last Guardian becomes an immersive adventure. Soon you get to understand Trico better, his head tilts and body shifts mean something now and in the end, you slowly forge a bond with the big cute creature.

It’s not a game for everyone, like if your attention-span is that of a goldfish you’d hate this game. But if you’re the type that just wants to get lost in a fantasy world, be with a virtual griffin-cat creature and hop on a pretty fantastic adventure, then The Last Guardian is definitely for you! It is an acquired taste, bitter at first but if you give it enough of a chance, somewhere along the puzzles, and obstacle you find the core that is sweet and satisfying. It’s a game of exploration, immersion, and experience. A game where all of these 3 elements, when put together, form something that you need to slowly take in and ingest to appreciate its fullest potential.

The Last Guardian releases worldwide on December 6 exclusively for the Sony Playstation 4 and local retailers such as Datablitz and Game One / I-Tech have already placed preorder slots for the game, including the lovely collector’s edition. So if you want to grab a copy, you better head on over to your nearest branch as slots run out very fast! Let us know if you are picking up this game on launch day, we’d love to hear your thoughts! You can see more snaps of the game below.