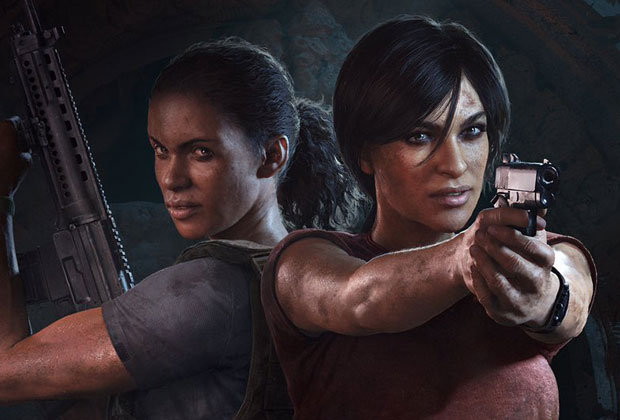 PlayStation Experience (PSX) 2016 started and ended the day with a Naughty Dog sandwich. Known in recent years for their two most successful IPs (the Uncharted series and The Last of Us), fans rejoiced as they received not one, but two trailers for the upcoming games!

Just when you thought the adventures of Nathan Drake had come to a ceremonious end, Neil Druckmann’s hints for a new game have finally come to fruition. The stunts, firefights, and brilliantly scripted dialog continues…this time with an unlikely duo.

Naughty Dog did a fantastic job playing off the curiosity of the audience by having a red cloaked woman walking through a disheveled landscape surrounded by garbage and soldiers with a superiority complex. The lighting and graphics were so well done that it took some time for me to realize that I was watching gameplay footage as the camera panned every time she turned a corner. It would seamlessly switch to a cinematic when she interacted with the soldiers during a ‘routine’ pat down.

The big reveal was at the end. Throughout the first seven minutes, we explore the environment while quietly sneaking past soldiers in the streets. The woman is timid, unlike any character in Uncharted or TLOU, but when faced with a three on one match, she unleashes hell with her partner in crime…NADINE ROSS (Uncharted 4)!?

The woman takes off the hijab revealing Chloe Frazer from Uncharted 2 and 3. Finally! All we got was a simple note found among Nate’s dusty things in his attic in the last game. Now we get everything we love from this series with these two badass ladies!

When discussing the game corresponding at the PSX panel afterwards, it was revealed by NG game developer Sid Shuman, the creative team, Claudia Black (Chloe), and Laura Baily (Nadine) that the game would take place in India. This is due to Chloe being half Indian with the intent that we delve deep into her own backstory. As for teaming up with Shoreline leader Nadine, we have yet to find out how that pairing came to be. The dynamic of their contrasting personalities will shower the plot with Uncharted’s witty humor due to Chloe’s lack of taking anything seriously and Nadine’s militant strictness.

One thing is for sure though, Chloe. We really did ‘miss that ass’. 😉

- Advertisement -
Previous article
Spider-Man: Homecoming releases its First Trailer and Iron Man’s in it!
Next article
That Game with a lot of G’s | SD Gundam G-Generation Genesis PlayStation 4, Vita Review