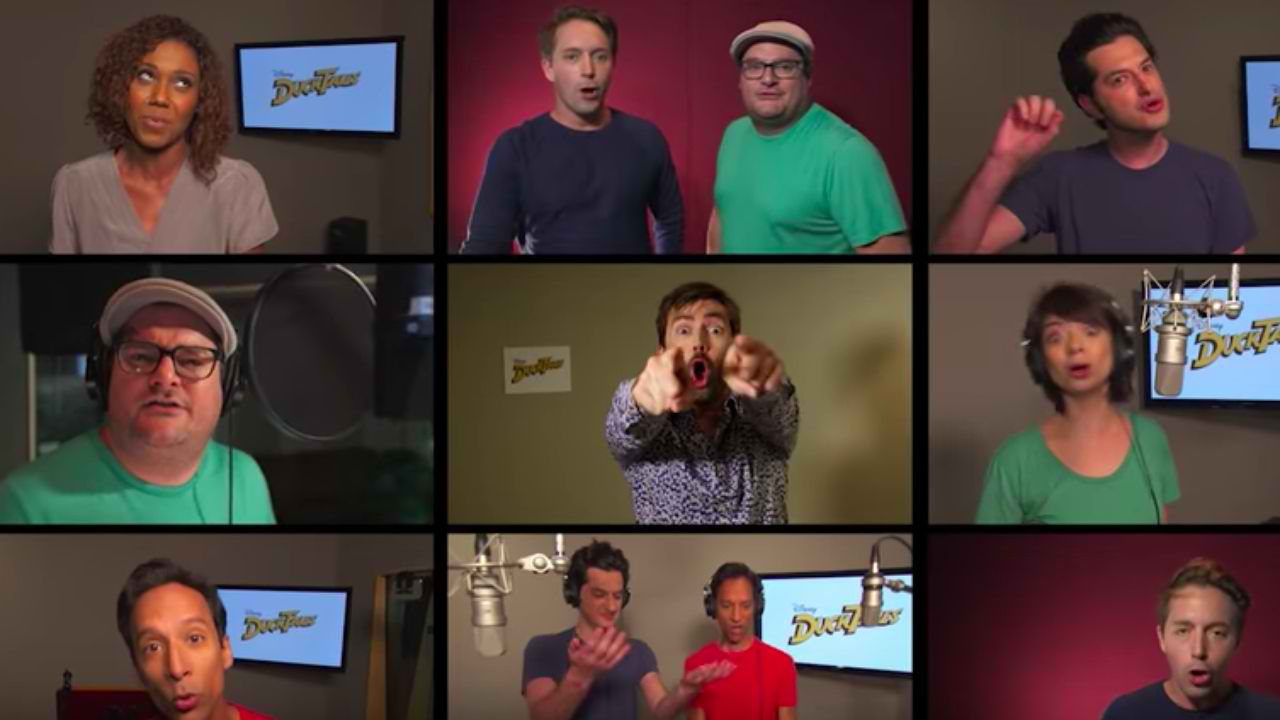 Meet the all-star cast of the “DuckTales” reboot will be voicing the new adventures of Scrooge McDuck, Huey, Dewey, Louie and the rest of the gang. Released last Friday by Disney XD, the casts feature comedians from Saturday Night Live, Doctor Who, Parks and Recreation, Community, The Big Bang Theory, Castle (and more) shows.

Check the video of the new cast singing the opening theme! (woo oo!)

Leading the pack of voice actor is David Tennant of “Doctor Who” and “Jessica Jones” will voice the super-wealthy and adventurous Uncle Scrooge McDuck. Huey, Dewey and Louie will be voiced by Danny Pudi (“Community”), Ben Schwartz (“Parks and Recreation”), and Bobby Moynihan (“Saturday Night Live”).

Also joining the all-star cast are Launchpad McQuack is voiced by Beck Bennett (“Saturday Night Live”), Toks Olagundoye (“Castle“) will be Mrs. Beakley, and Kate Micucci (“Another Period“) will be playing Webby Vanderquack.

Wow! With all these talented comedians we can truly expect an awesome and adventure-pack episode of Ducktales in 2017. (woo oo!)

- Advertisement -
Previous article
3 Things to Know before Watching ‘Rogue One’ | No Spoilers
Next article
Looking for Boardgame / Tabletop Gifts? The Gaming Library Gift Guide’s Got You Covered!