3 Reasons Why Overwatch Year of the Rooster may be the Perfect Time to buy Loot Boxes!

The Year of the Rooster patch of Overwatch has been up for almost a week and, in terms of items, it may just have one of the most packed seasonal loot boxes to come out. If you’ve been contemplating of whether or not buying 50 Loot Boxes is a good idea, now just might be the time.

Let’s review. Here’s the full item checklist for the Year of the Rooster Patch as provided by Reddit User Izzepizze.

What a list, amirite? So first off, why do we think that this is the patch that you may wanna buy 50 Loot Boxes? 3 Reasons.

1. The Year of the Rooster has the MOST Legendaries

Yup, as compared to all the other Overwatch seasonal patches, the Year of the Rooster’s Lucky Lunar Loot Box contains seven (7) Legendaries – the most out of all the Seasonal Loot Boxes. Let’s be clear. Unlike the other season loot boxes, where one of those said legendaries would be a legendary emote, these are ALL LEGENDARY SKINS.

Don’t get me wrong, I have nothing against Legendary Emotes but you only get to see them used every now and then during an actual game. Legendary skins are always just there, in full view of your allies and opponents. So glorious 🙂

Going back, yes. 7 Legendary Skins and DAMN, do they look good! My personal favorites would be the Mei and D.Va skins but I gotta commend the Handsome Zenyatta skin! LOL!

2. The Year of the Rooster is TIED for the MOST Highlight Intros as well

Yup. The CNY patch features three (3) Hero Highlight Intros, which is also the most number for all season boxes, tied only with Halloween which also had three. 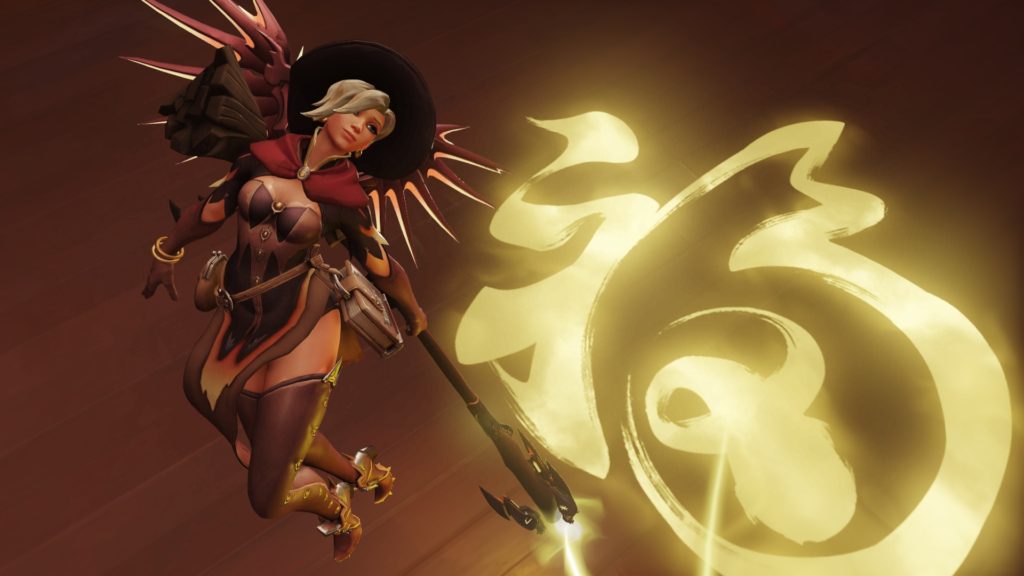 They looks AMAZING as well especially the Mercy Highlight Intro. IMHO, it looks the best when paired with the Witch Mercy Skin. 😉

3. There are A LOT of Sprays to go through

I think majority of players find Sprays to be the least appealing part of any Seasonal Box. I’m not saying that these sprays are BAD (some of them are pretty damn cute and awesome). I’m just saying that, as compared to Legendary Skins and Highlight Intros, the sprays simply get in the way of your chances to get the stuff you really want.

This season, you have FIFTY TWO (52) SPRAYS mixed in that box – THE MOST any loot box has ever had (Winter would claim second place with 51). That means, RNG-wise, you have a lower chance of getting the Legendaries, etc if you’re simply just going to grind loot boxes.

So yea, with those reasons in mind, I highly recommend that you buy 50 Loot Boxes if you’re really after getting the good stuff from the CNY Patch. Not only do you stand  a good chance of getting the awesome items, it gives you in-game gold as well which is useful for those last minute purchases before the patch goes away.

We actually tried our hand into purchasing 50 Lucky Lunar Loot Boxes and did an unboxing video! If you wanna see what the RNG swing got us, check out the video HERE.

Remember, the event only lasts until February 13! We all hope you get the items you want from this patch! Gong xi fa cai! 🙂

- Advertisement -
Previous article
New trailers for Mass Effect: Andromeda just dropped and the hype is real!
Next article
MSI hooks us up with the next big game! Check out how you can claim a For Honor game key for FREE!