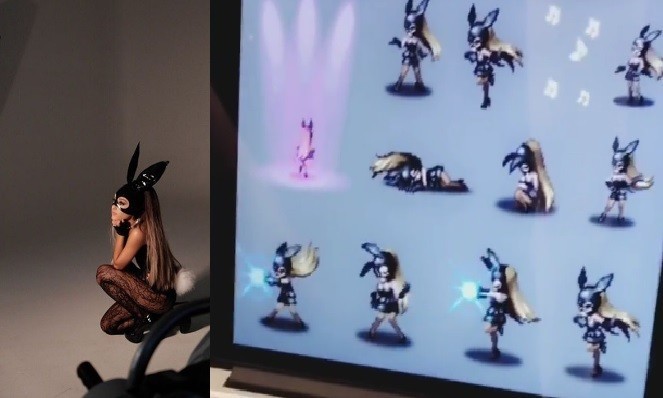 Now this I didn’t expect. Especially right at the start of 2017.

pretty lil thing holds her own in a room of men in suits ♡ 👋🏼 I'm SO so excited to finally share that I'll be featured in FINAL FANTASY BRAVE EXVIUS *crying* 🌌♡ check out my character in the game, it's the cutest thing i've ever seen in my entire life and i'm so excited and in love with it i cannot contain myself. #FFBEWW 🌌🌌🌌🌌🌌🌌🌌🌌🌌🌌

Developed by Gumi, Brave Exvius Final Fantasy is a free-to-play, turn-based role-playing game with a lot of Final Fantasy fluff thrown in the mix like limit breaks summons and of course, Chocobos!

In what looks to be a persona taken from her latest album “Dangerous Woman” the pop diva’s character sports the famous bunny ears and leather outfit she is always known for.

As of posting It’s not yet clear what kind of punch this pop star will perform in-game, or when she will make a appearance. But I guess is it safe to say that the superstar will be dishing out some musical beatdowns during fights? We’ll have to find out in the days to come when Square-Enix gives out an official statement.