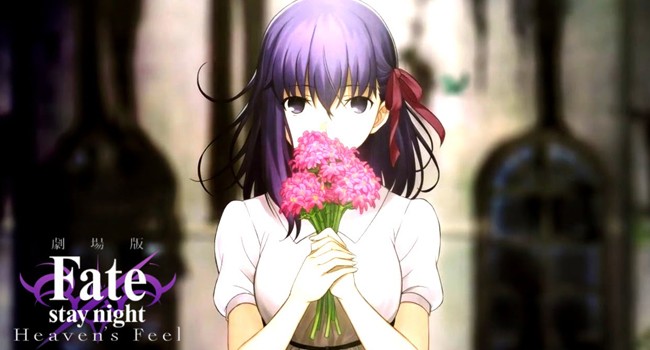 Like Bon Jovi said “Lord, we got to keep the faith”.

Fate/Stay Night: Heaven’s Feel is an upcoming trilogy of Japanese anime films. The film centers around Sakura Matō, the younger biological sister of Rin Tohsaka, and her torturous training when she was young as well as her exploits during the Grail War. The first film in the trilogy will premiere this 2017.

Fate/Grand Order – First Order is set in 2015, where an organization named Chaldea was formed to prevent the final extinction of humanity. The cause was located in Japan specifically in the city of Fuyuki in 2004. Chaldea issued the Grand Order to investigate, unravel, and prevent or destroy the singularity that will cause the end of days for the human race. The show makes use of time travel as its plot device as the “Masters” of the series are sent back in time to achieve their goal.

Fate Apocrypha is set in an alternate world where the events of Fate/Zero never happened as two factions wage their Grail War with each side summoning 7 servants. That’s one from each servant class in one team! Place your bets cause it’s Team Red VS Team Black.

Fate/EXTRA Last Encore, our protagonist Hakuno finds himself fighting for survival in a war he does not understand for the opportunity to have any one wish granted as he faces both friends and foes in battles to the death  in search of his identity and most importantly the “Holy Grail”.

Its starting to look like an awesome 2017 with all these anime projects from TYPE-MOON, hopefully there wont be any delays.

- Advertisement -
Previous article
Ungeek: A Look at 2016
Next article
Be Sure to ‘Catch the Moment’ in Sword Art Online Movie’s Latest Trailer!