The Chinese New Year is almost upon us, and one of the most evident signs of this is the multitude of lion dances that are held throughout the city. Believed to bring good luck and fortune to businesses, these performances feature vibrant and colorful lion costumes made of papier-mache and satin, and the performers inside the costume amaze audiences with their nimble and agile footwork. 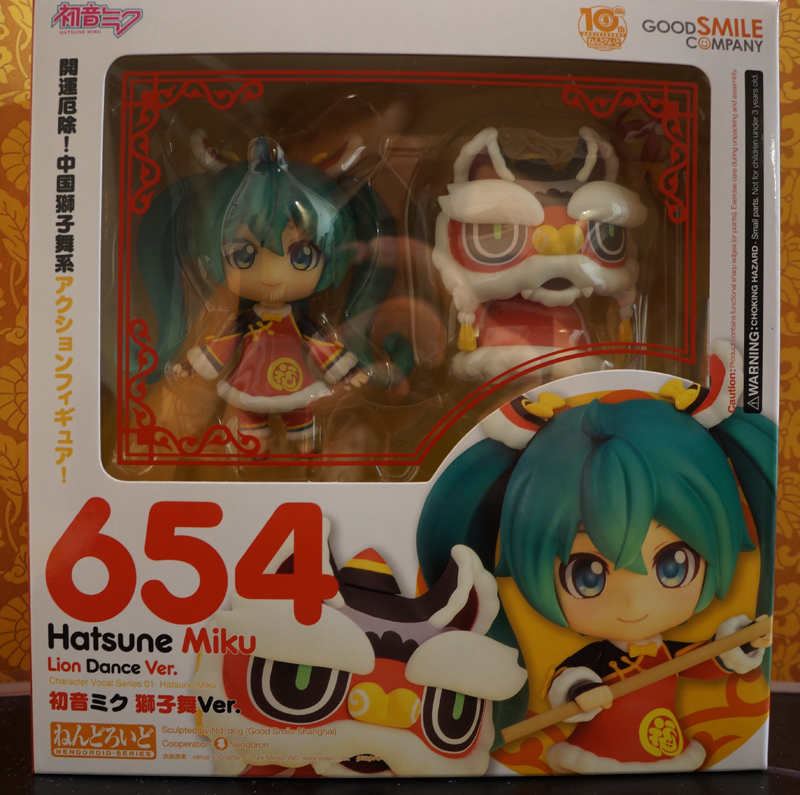 Good Smile Company, the well-known manufacturer and distributor of Nendoroid and figma action figures, just made the Chinese New Year celebration a whole lot cuter by releasing the Hatsune Miku Lion Dance Nendoroid figure. Everyone’s favorite electron diva has been garbed in an Oriental-style ensemble, and this time she also comes with her very own lion dance companion! 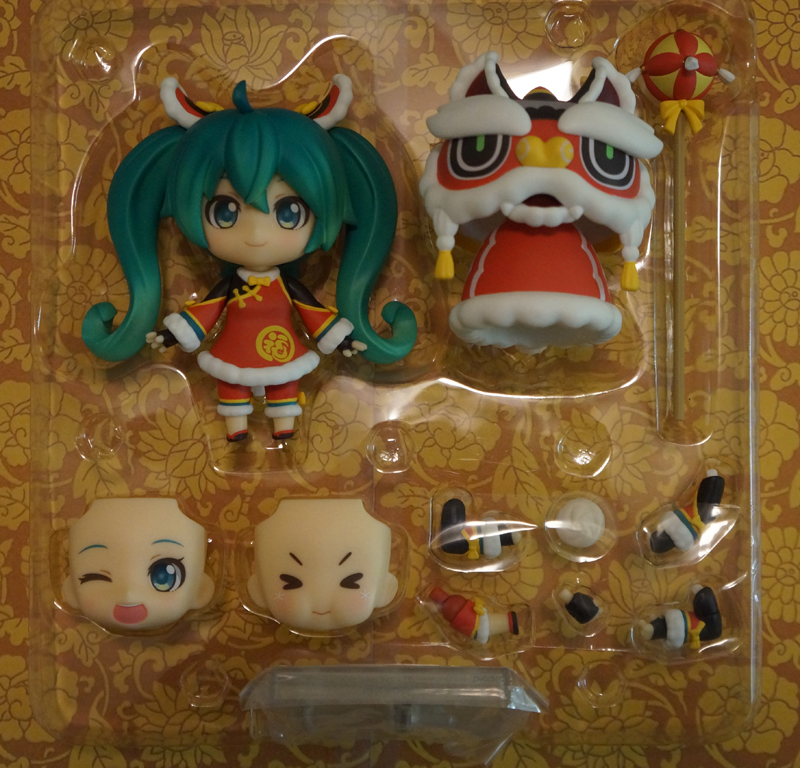 The Hatsune Miku Lion Dance set comes with everything you see here – one Miku figure, the lion dance figure, a pole with a Chinese orb at the end, two extra facial expressions, a meat bun and several extra hands and limbs. 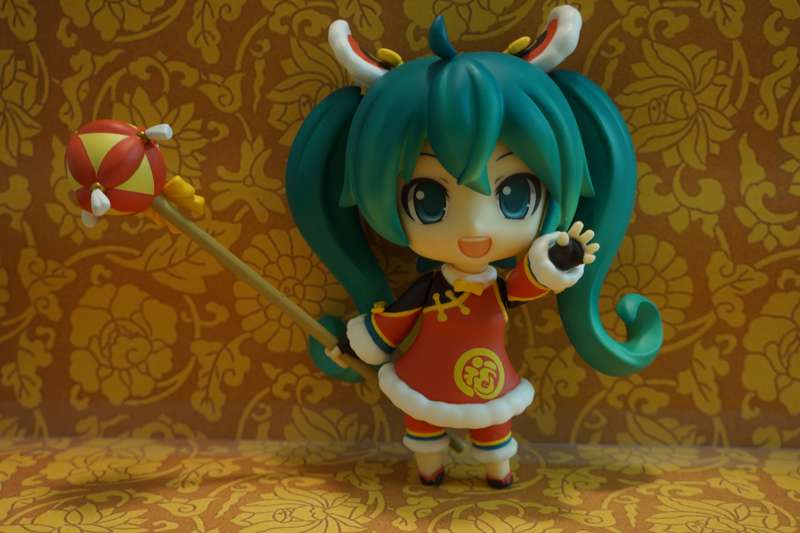 Miku is wearing a red and black Chinese outfit with “Fortune” printed on the front, and she also has two lion ears attached to her head. 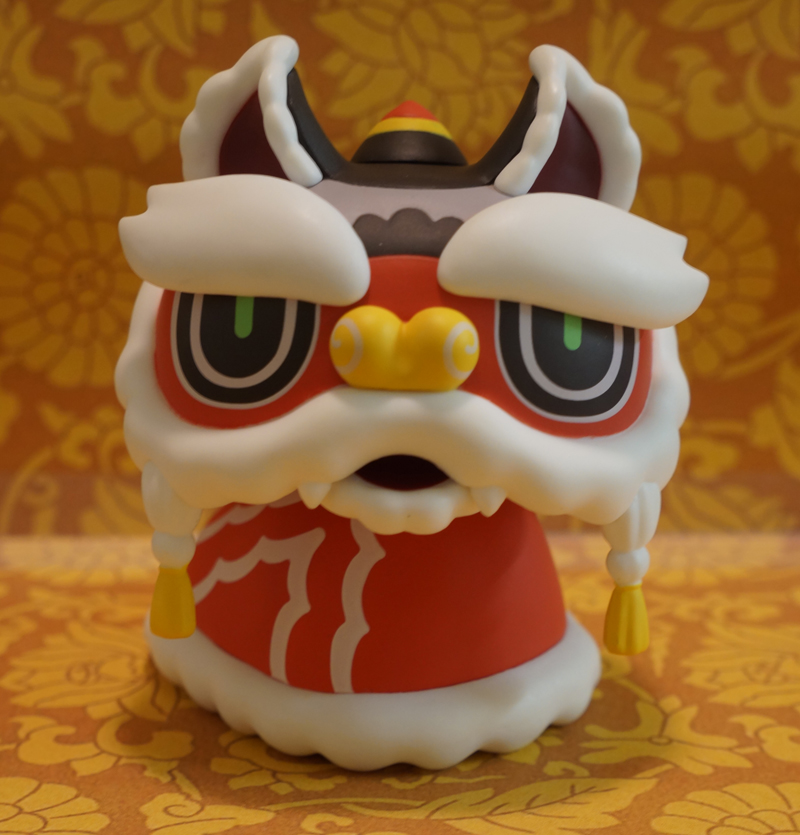 The lion dance figure is composed of a head part and a body part connected by a plastic rod. The rod has a ball joint at the ends which allows a lot of poseability for the lion. You can turn his head to one side, have him tuck his chin in, or raise his head high. The lion head also has moveable eyebrows, allowing for different expressions. 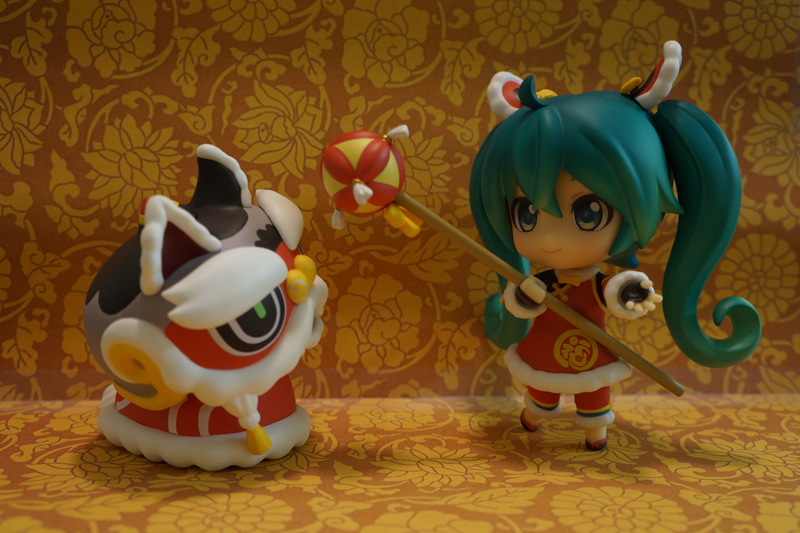 With the Miku figure holding the Chinese orb, you can easily replicate a traditional Chinese lion dance scene. 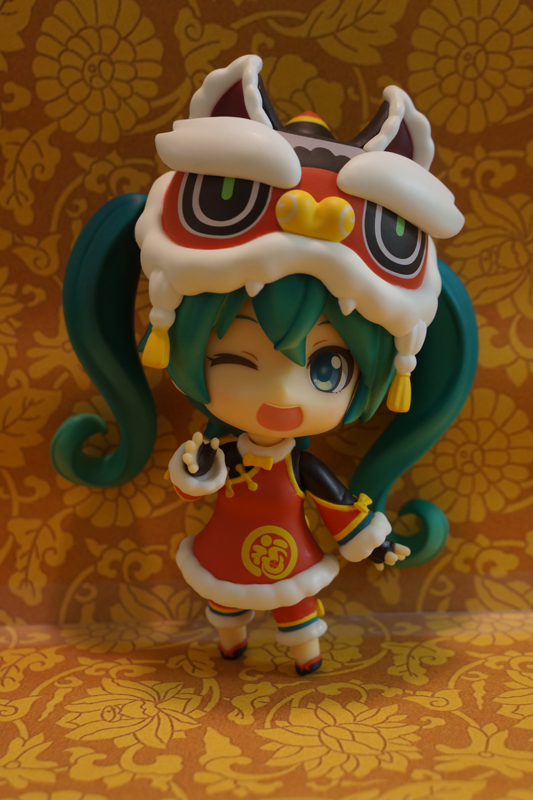 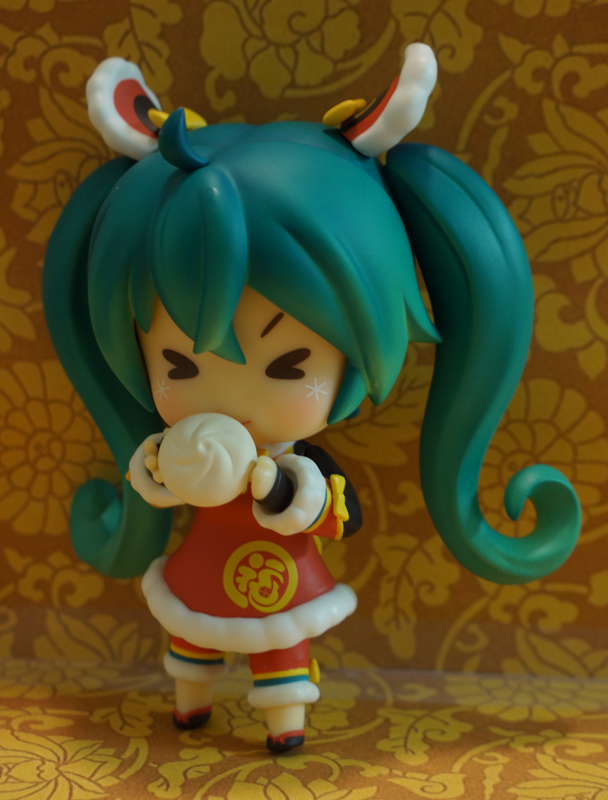 Miku also comes with a Nendoroid-sized meat bun to tide her over after a long day of doing lion dances.