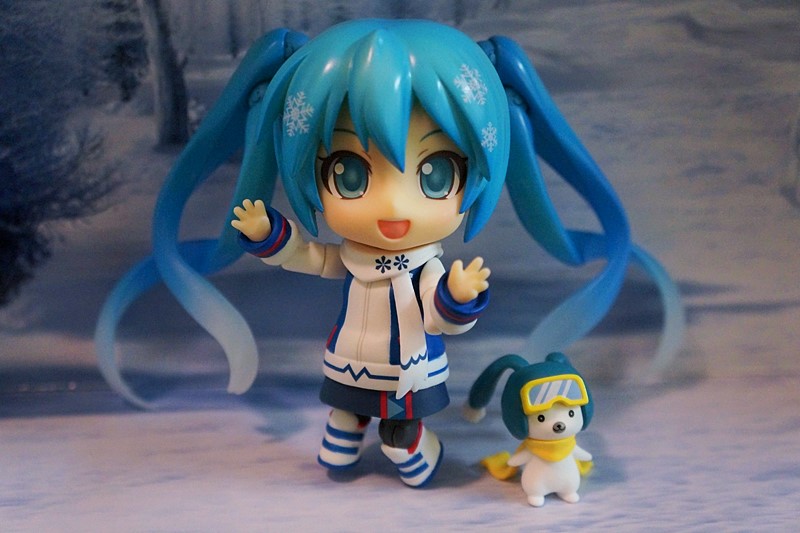 Today was quite the wintry day here in the East Coast, as we had a couple of inches of snowfall which blanketed the streets with white. So I thought to myself, this was the perfect time to open my Hatsune Miku Snow Owl Nendoroid and have a toy photoshoot in the snow.

Quick background on Snow Miku – she was designed to enliven the Hokkaido winter and debuted at the 2010 Sapporo Snow Festival. Since then, she has appeared yearly at the Hokkaido Snow Miku festival wearing outfits that fans designed and voted for. The 2016 Snow Miku variant featured a winter sports theme, and the winning design incorporated elements of a snow owl in her outfit. 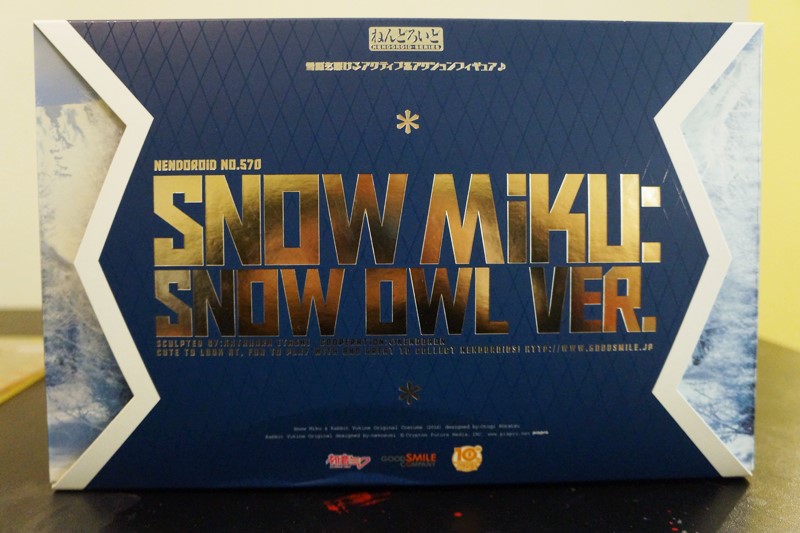 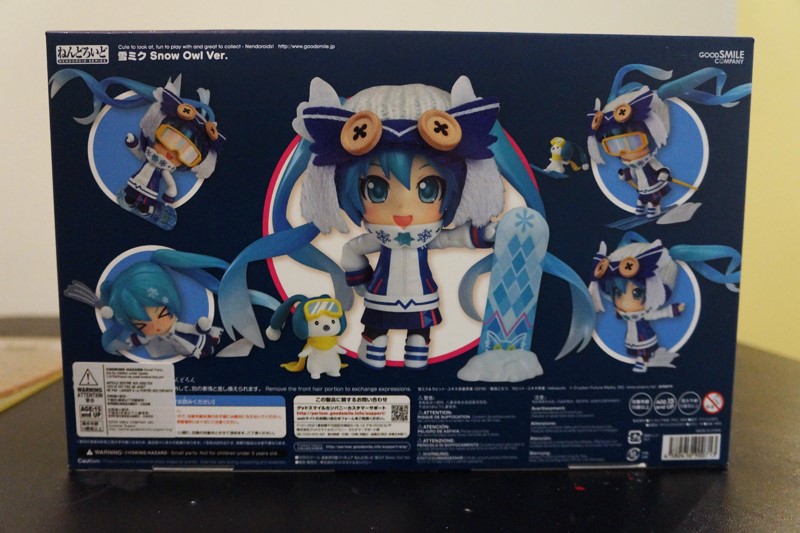 Good Smile Company produced a Nendoroid figure of the winning design. The box is a variation of the standard Nendoroid cover, with the front showing a foil label and the back displaying various poses that can be done with the figure. The blue and white color scheme emphasizes the feeling of winter even before the box is opened. 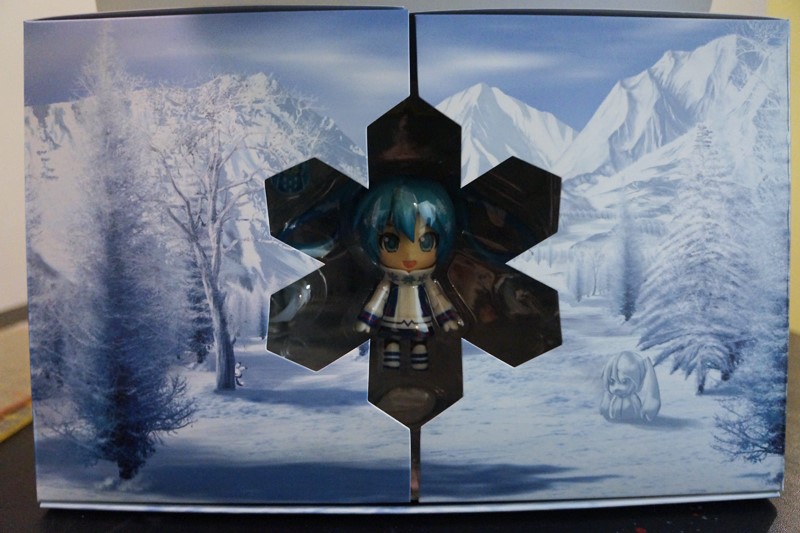 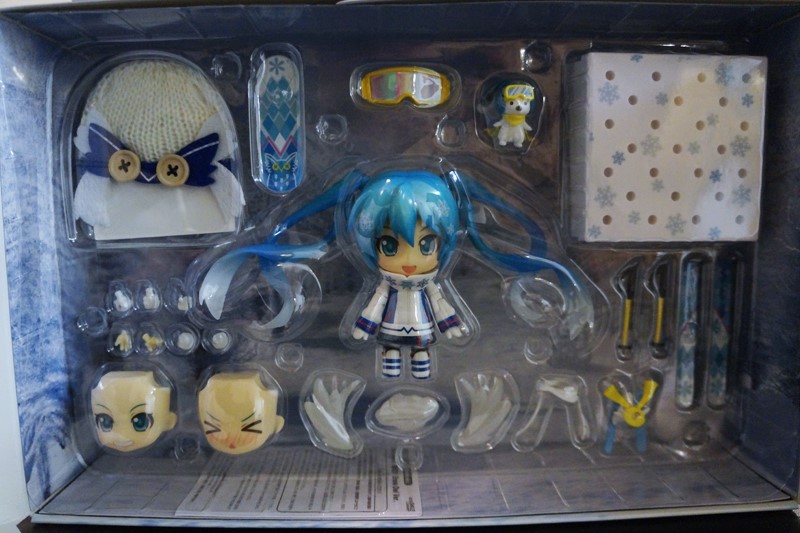 The set includes the Snow Miku figurine, a figurine of her rabbit companion Yukine, two extra facial expressions, and two extra pairs of hands. Snow Miku’s figure uses the super-moveable version of Nendoroids which features joints in the elbows and knees. Also included is a cardboard background of a snowy forest, so you can take nice photos of Miku playing around in the snow. 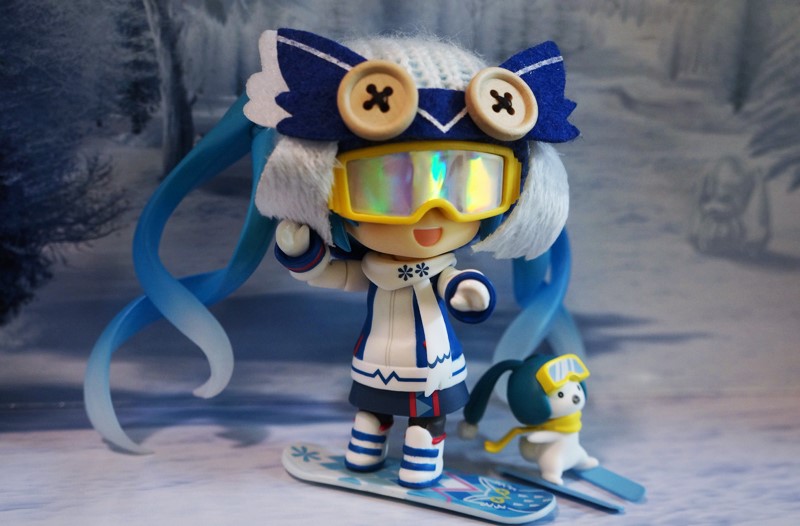 Since she’s based around a winter sports theme, Snow Miku also comes with a Nendoroid-sized snowboard and a pair of skis, as well as a visor to protect her from the icy wind. Rabbit Yukine also has an extra ski-wearing body so he can join Miku when they hit the slopes. 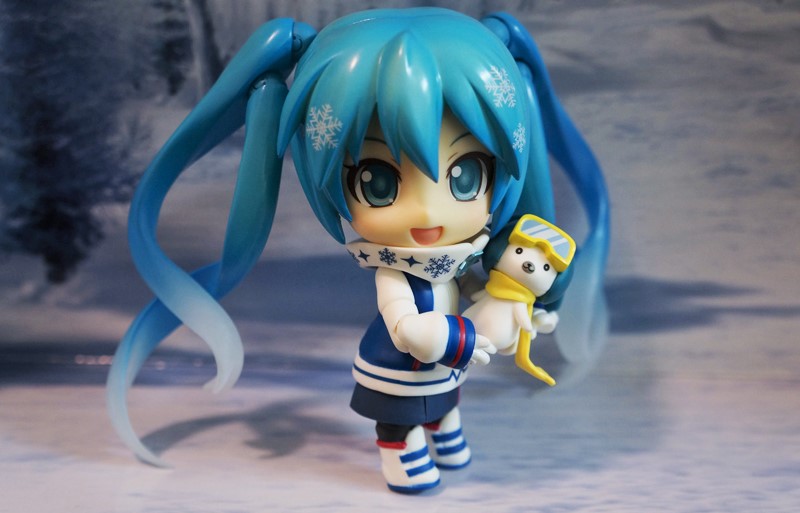 Other parts include an extra scarf, a couple of Nendoroid snowballs, and some snowy effect parts to replicate all the active fun that can be had in the winter. What really stands out the most, though, is the knit snow owl cap. Snow Miku is one of the few Nendoroids that come with a fabric accessory, and the cap is knit using yarn and felt cloth. The cap sits perfectly on Miku’s head, and there are two small holes through which her twintails can be inserted. 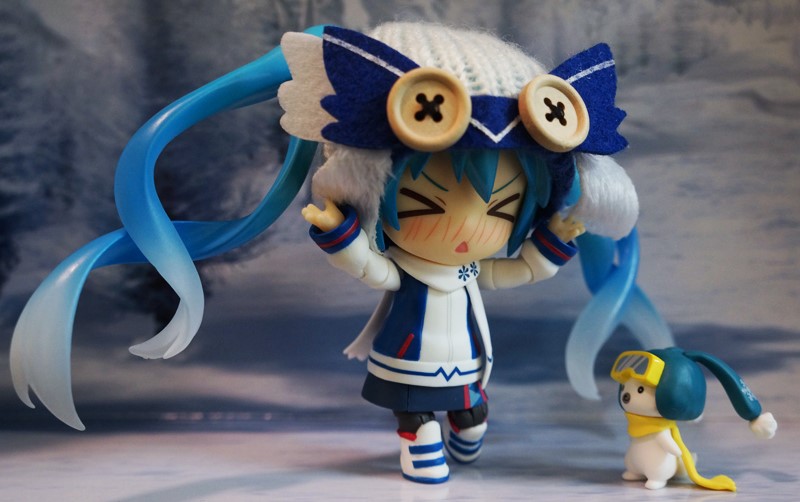 Some of the cons with the figure are the usual pitfalls of Nendoroids – the somewhat-fragile connector rods, the small hand parts, et cetera. With Snow Miku, though, more care should be taken when handling the accessories. The snow owl cap can get caught in Miku’s hair and rip when pulled with force, and the plastic hook that is used to attach the visor to her hair can be easily misplaced. 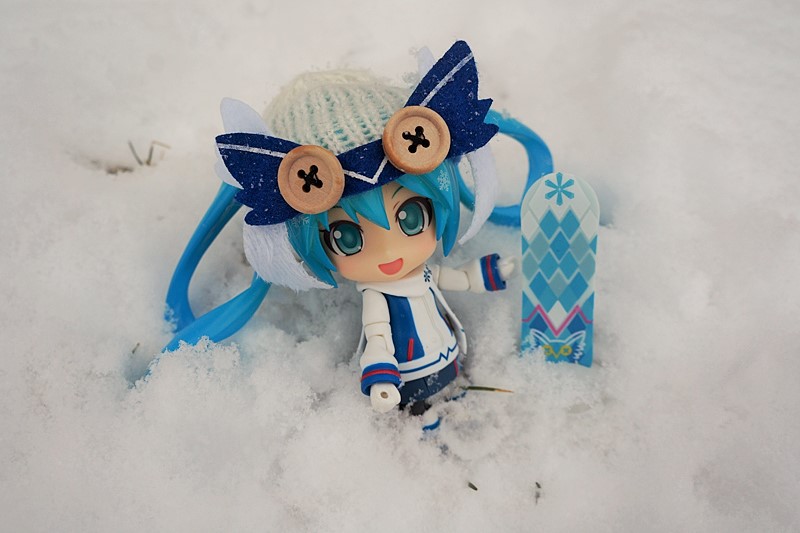 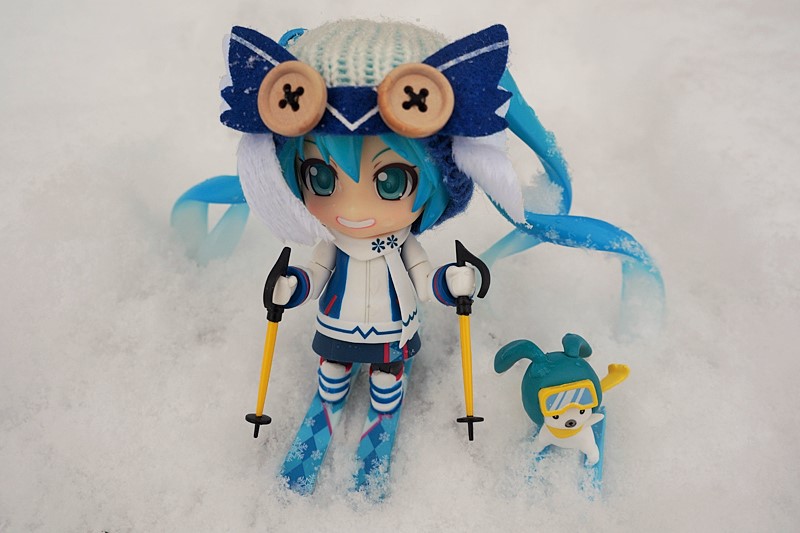 Overall, Snow Miku 2016 is a wonderful addition to anyone’s Nendoroid collection. Apart from being a limited-edition item, the cute design and unique accessories promise a lot of toy photography and diorama opportunities. Make your winters more fun with Snow Owl Miku!