Fill your weeknights with fun and drama as 3 new shows from the Sony Channel debut this February! 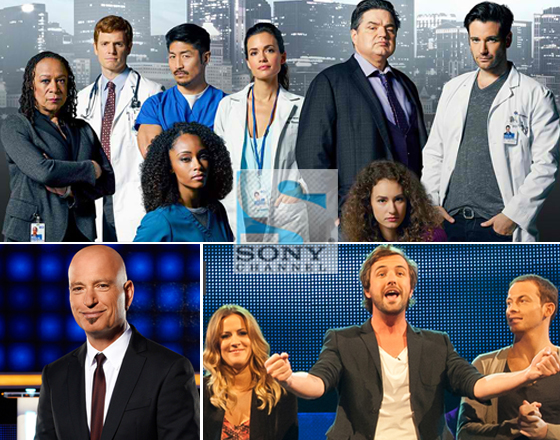 Sony Channel Asia brings three (3) new exciting shows this February with Minute to Win It (UK), Chicago Med, and Take It All!

Watch two teams as they play head-to-head or solo-play against the clock to win under 1 minute in “Minute to Win It (UK)”.

Two teams, Spots vs. Stripes, compete in various challenges that will take more than speed and power to complete in under 1 minute using common household objects. Joe Swash and Caroline Flack are looking to lead their respective teams to victory in this exciting and fast paced game show that will leave you at the edge of your seat!

Hosted by Darren McMullen, Minute to Win It (UK) is set to premier tonight at 7:55PM (Philippines, UTC +8).

Enjoy the emotional ride with “Chicago Med” as it tackles the day-to-day chaos of the Chicago’s newest state-of-the-art trauma center along with the courageous team of doctors, nurses and staff who holds it all together.

Catch “Chicago Med”episodes every weeknight at 9:45PM, and it premiers tonight (Feb 1).

In “Take It All”, contestant get to select and open prizes that could be worth thousands of dollars; prizes such as luxury cars, exotic trips, jewelry and VIP experiences!
The stakes become insanely high as the last two contestants grapple with the choice of a lifetime! Will they want to share or steal and get the chance to bring home everything or nothing?

Join Howie Mandel, Host and Executive Produce of “Take It All”, as they revolutionize the tradition of the popular holiday gift-swapping in a fun and exciting new show!

- Advertisement -
Previous articleExperience the magic with the final official trailer of Beauty and the Beast!
Next articleSurvival Horror is Back and Scarier Than Ever! | Resident Evil 7: Biohazard Review