Here’s What You Should Be Getting Before The Moogle-Chocobo Carnival Event Ends on February 20! 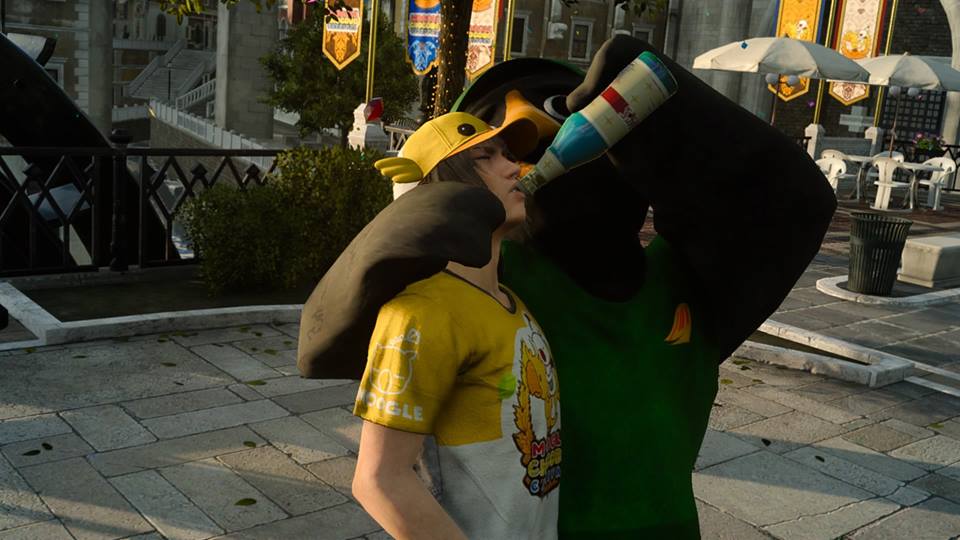 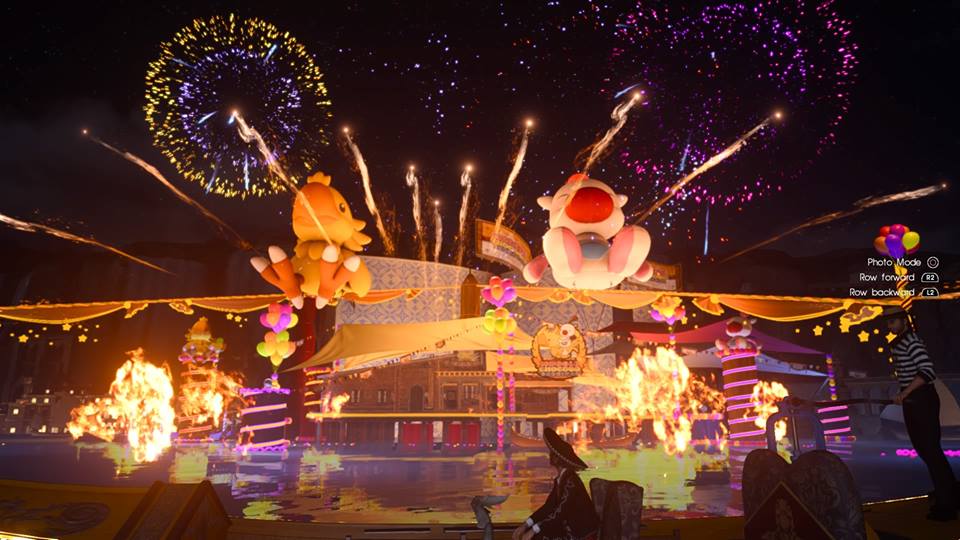 The month-long Moogle-Chocobo Festival is about to close its doors soon. Have you gotten all the event-exclusive stuff? Because you might not be able to pick it up again after it ends on February 20.

For the more completion-minded gamers out there, we have compiled a list of all the festival-unique items that you might want to grab before the carnival concludes. Have a look: 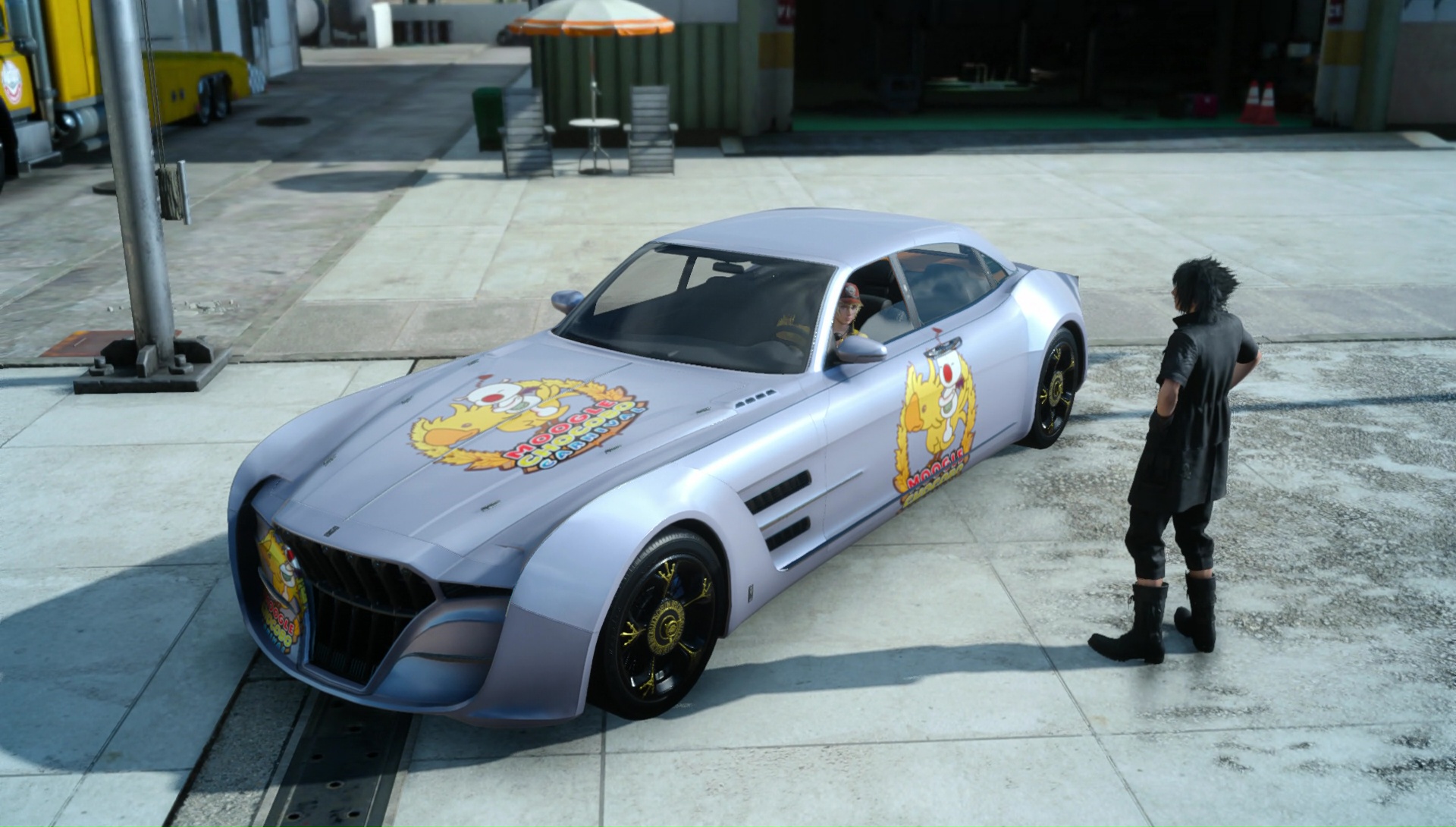 Choco-Mog: This unique decal for the Regalia can be purchased via your carnival currency – Choco-Mog Medallions. Drop by the prize counter and get this for 30 Medallions. 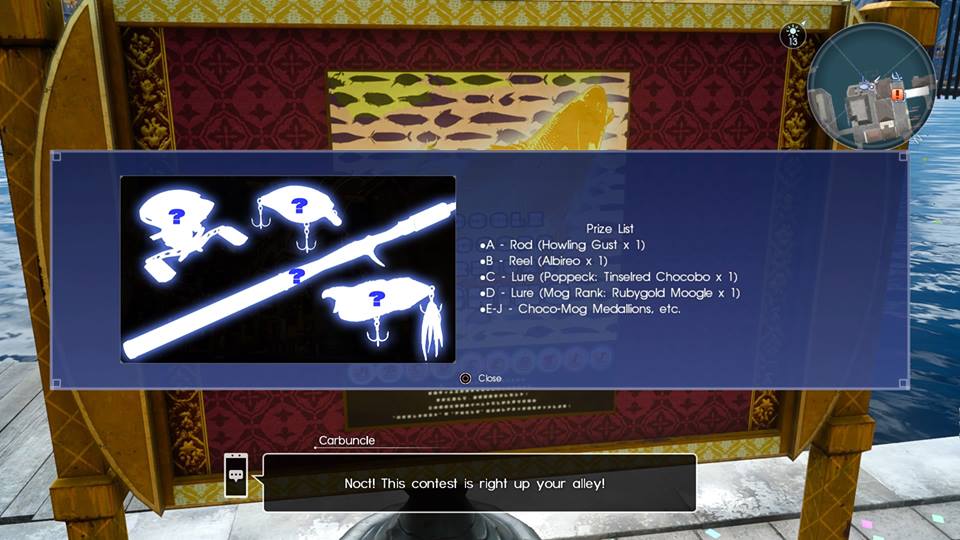 Ah… Fishing. This has to be one of the more challenging and time-consuming activities at the carnival. They are absolutely doable even if you have starting fishing equipment, but keep in mind that you must have a monk’s patience if you want to catch all the exclusive stuff.

As a general tip, these fish are really hard to get by at times due because of our friend the RNG (random number generator), a good advice I would give is that you should “clear out” or at least catch most of the fish in an area and wait for the next “better” batch to respawn, which would most likely yield the coveted A-D fish.  A good time in getting these fish, for me at least would be at nighttime during the 22:00-2:00am timeframe. Except for the Pigeon Grouper, there is no particular lure that is needed, though I observed that they somehow had an affinity for the Green Lure that is sold at the Prize Counter. 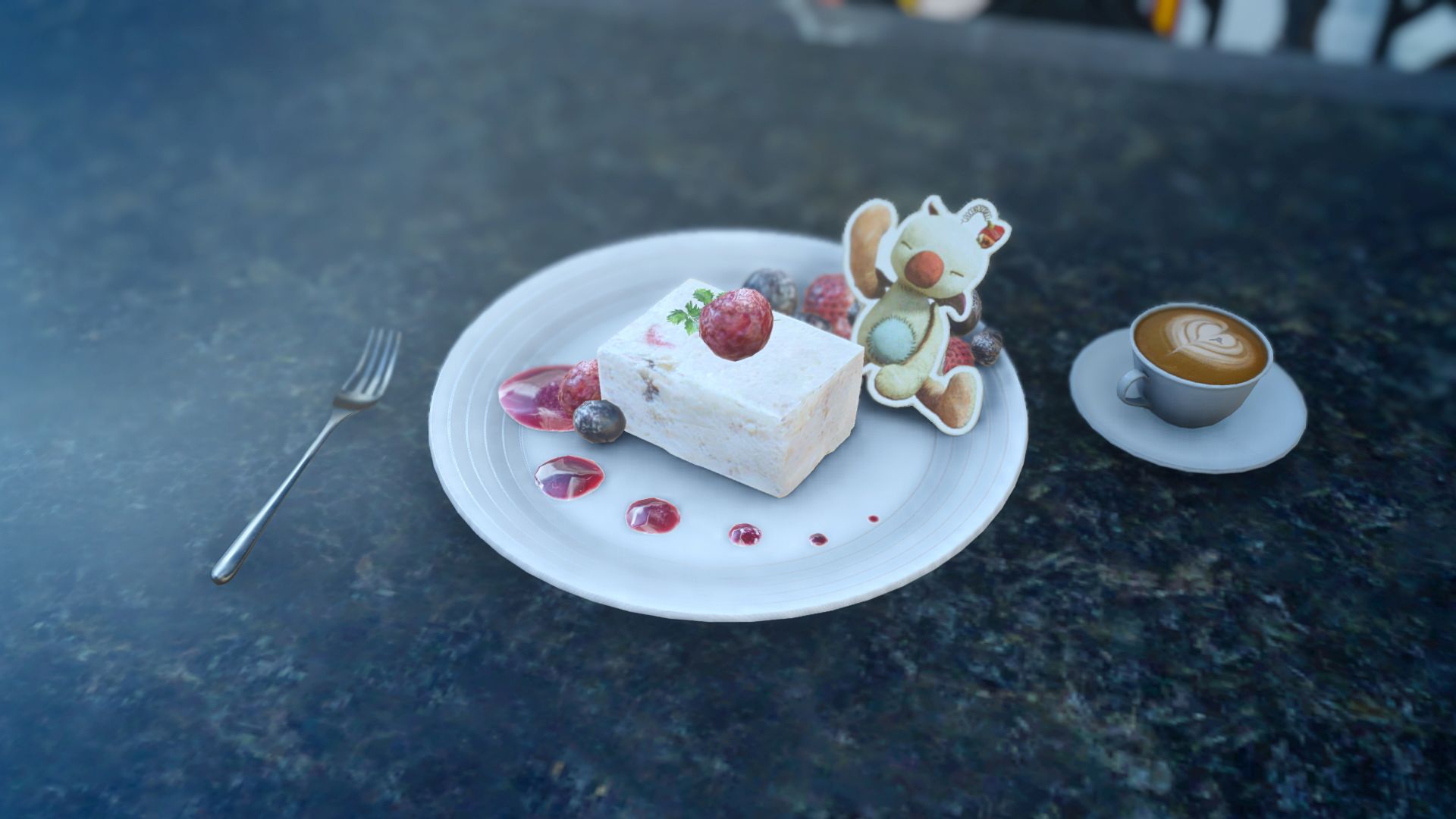 One last note, make sure to first stop by the Square Enix Café and eat the “Kupoberry Cheesecake,” the 25% reduced depletion for the fishing line really helps out a lot especially for the elusive A,B,C,D fish! Also, just to be safe, use the Dragon’s Beard fishing lines for the big ones. They can be purchased for 3 Choco-Mog Medallions at the prize counter.

This is the order in which I got all the items: 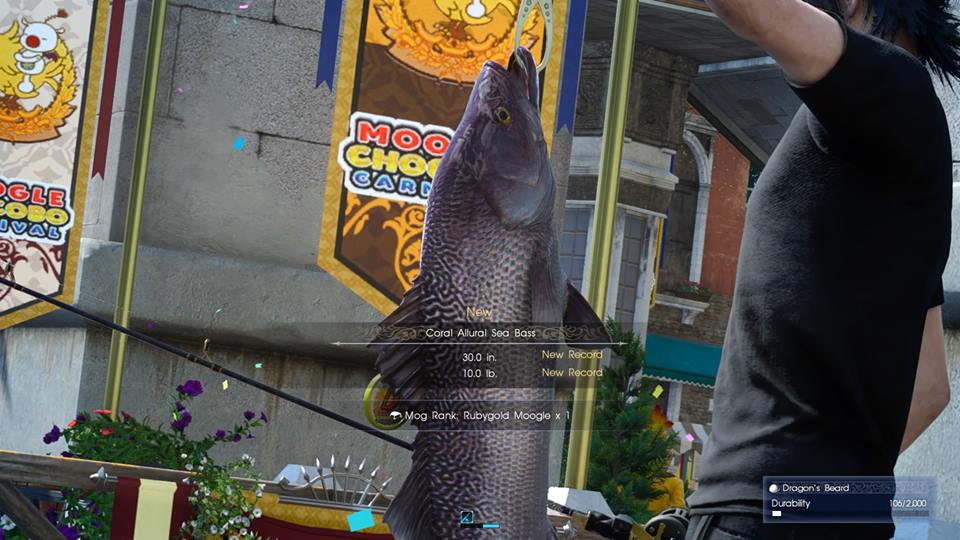 Mog Rank: Rubygold Moogle Lure – To get this lure, catch a “D” tagged Coral Allural Sea at the Furgola Canal fishing area. Why did I suggest to get this first? Because it helps you “snipe” the next fish, described below. 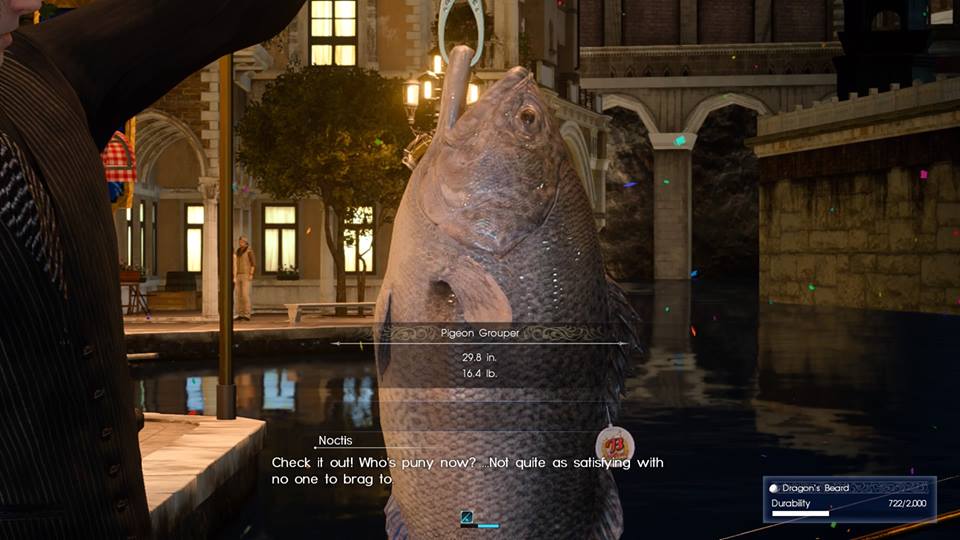 Albireo Reel – Get this very nice (and powerful, if you are just starting the game) reel by catching a “B” tagged Pigeon Grouper at the Sonelio Plaza fishing area (the place where you started at the carnival). Your job can be a lot easier if you got the Mog Rank: Rubygold Moogle Lure at an earlier time, since Pigeon Groupers are (as far as the festival is concerned) the only ones who are drawn to this lure on that area, making your catch that much faster. 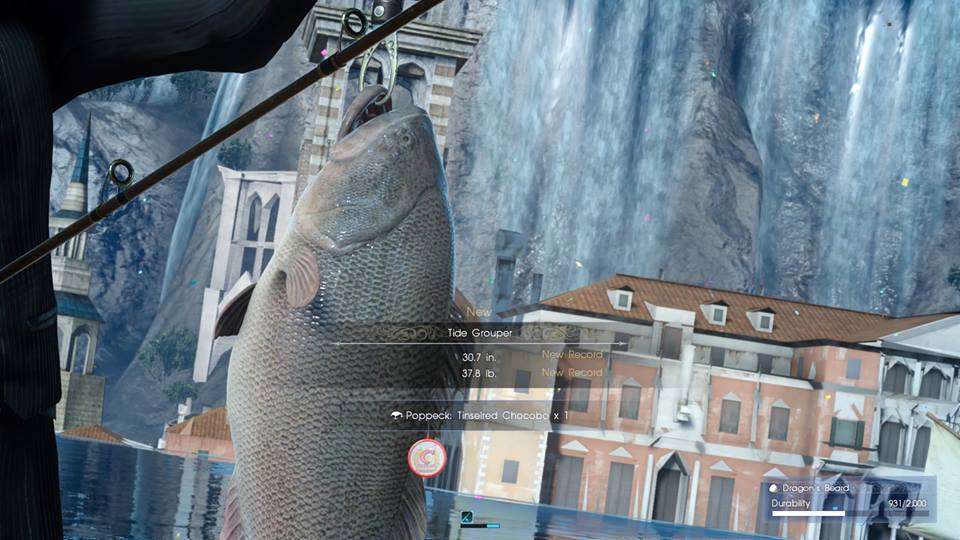 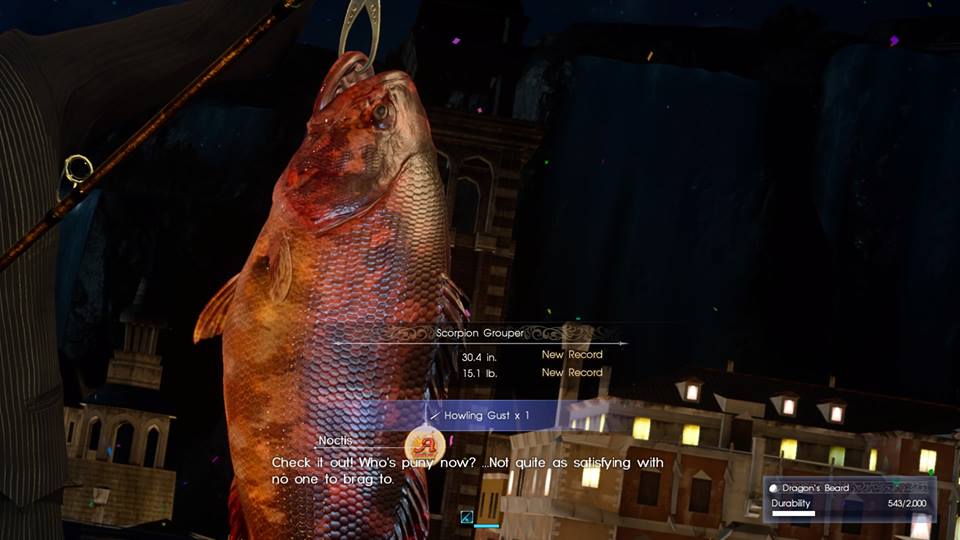 Howling Gust: Also at the Gondola Marina fishing spot, get this one of a kind (but not so powerful, to be honest) rod by catching an “A” tagged Scorpion Grouper. Make sure to eat at the Café and equip your best rod, reel and line as this bad fish can really put up a fight!

For those having a hard time finding this fish, clear out the left and/or right side of the fishing spot before 22:00, then wait a bit for the fish respawn… The best times that the fish will appear are from 22:00 to 2am. Chances are it will be there but if not, rinse, repeat the same procedure.

The Howling Gust prize might not be that great, but it’s still a symbolic way to brag that you got the best fish at the event! 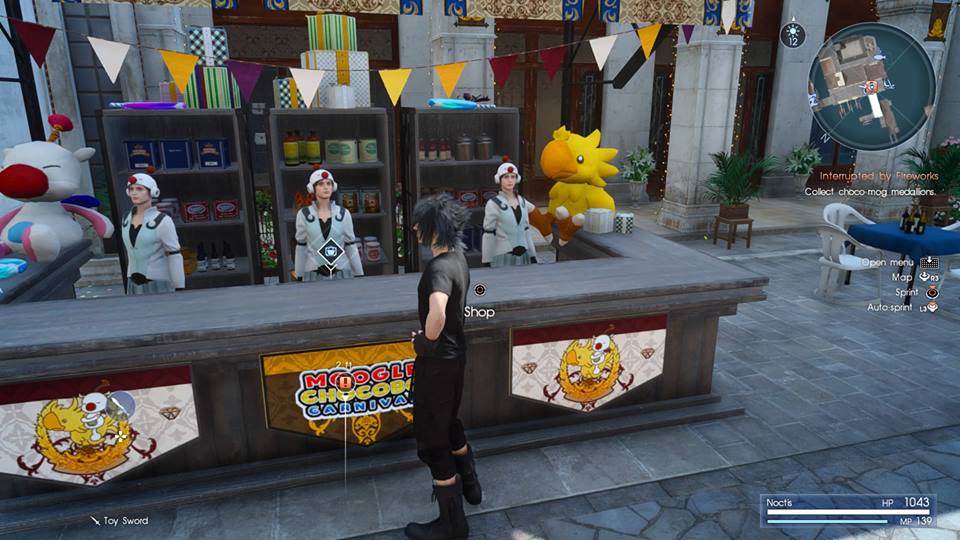 Choco-Mog Medallions: The main currency of the festival, acquired of course by participating in various events or picking it up all over Altissia, they might be worthless after the event but who knows? At least keep one or two as a wonderful reminder of the festival.

Dream Egg: Perhaps the most important item in the event! You get this after completing the fireworks finale with Carbuncle, via the Lodging Voucher. What does the egg do? Your guess is good as mine! But expect this to hatch a future event in the game.

Lodging Voucher: Get this for 50 Medallions at the Prize Counter. This is important for the Choco-Mog-O-Rama finale with Carbuncle, to get the Dream Egg.

VIP Pass: For a mere 99 Medallions at the prize counter, you can replay the fireworks finale… And collect this item, of course. 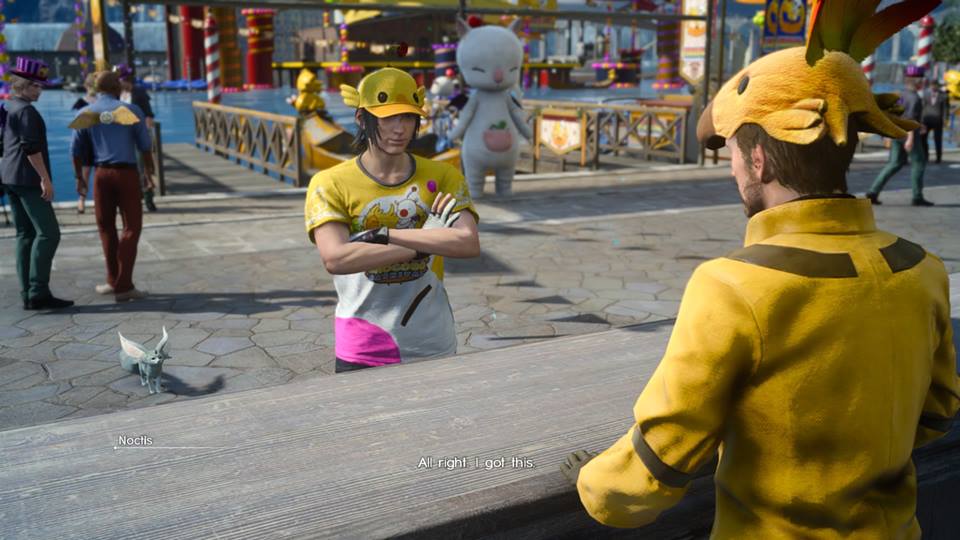 Choco-Mog Tee: This is from the free Holiday DLC Pack that you can get from the PlayStation Network or Xbox Live. After downloading you should get the T-Shirt when you enter the carnival.

Festive Ensemble: This can be redeemed by purchasing the Season Pass and downloading the Holiday Pack + DLC. There’s no need to travel to the festival to get this, as the item can be readily available once you load your saved game. 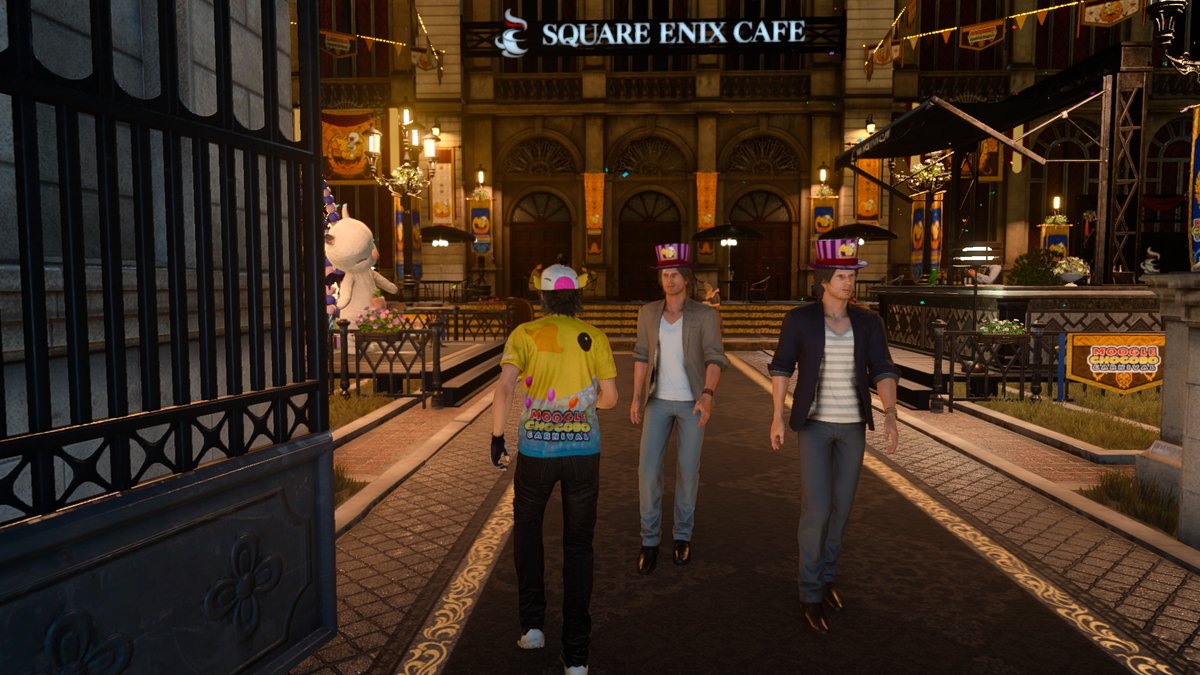 There are 2 free recipes at the Square Enix Café that you can pass on to Ignis when you go back to the main game – as long as you eat them during the festival:

Kupoberry Cheesecake – Gives a 25% decrease in damage to the fishing line. 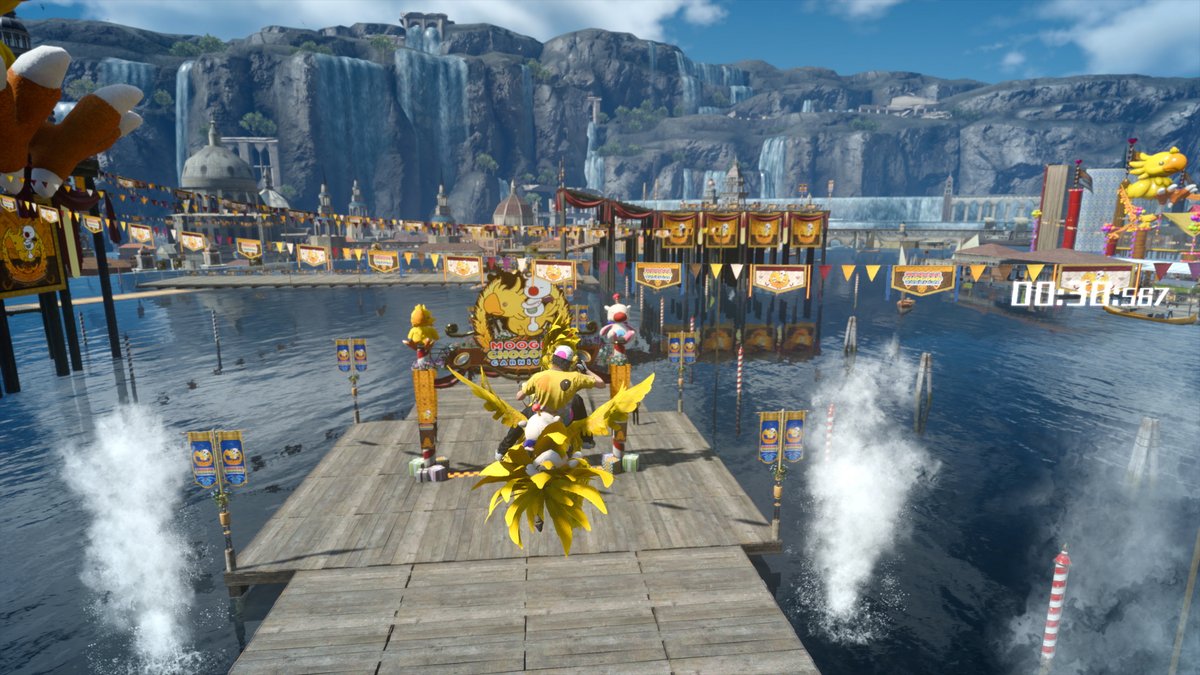 Make sure to down the Golden Chocobo Tart at the Square Enix Café before the race to get the most out of your bird.

Water Trotter Trophy: This might take a few tries but you need to finish the Water Trotter Chocobo Racing course in less than 1 minute and 20 seconds in order to get the trophy. 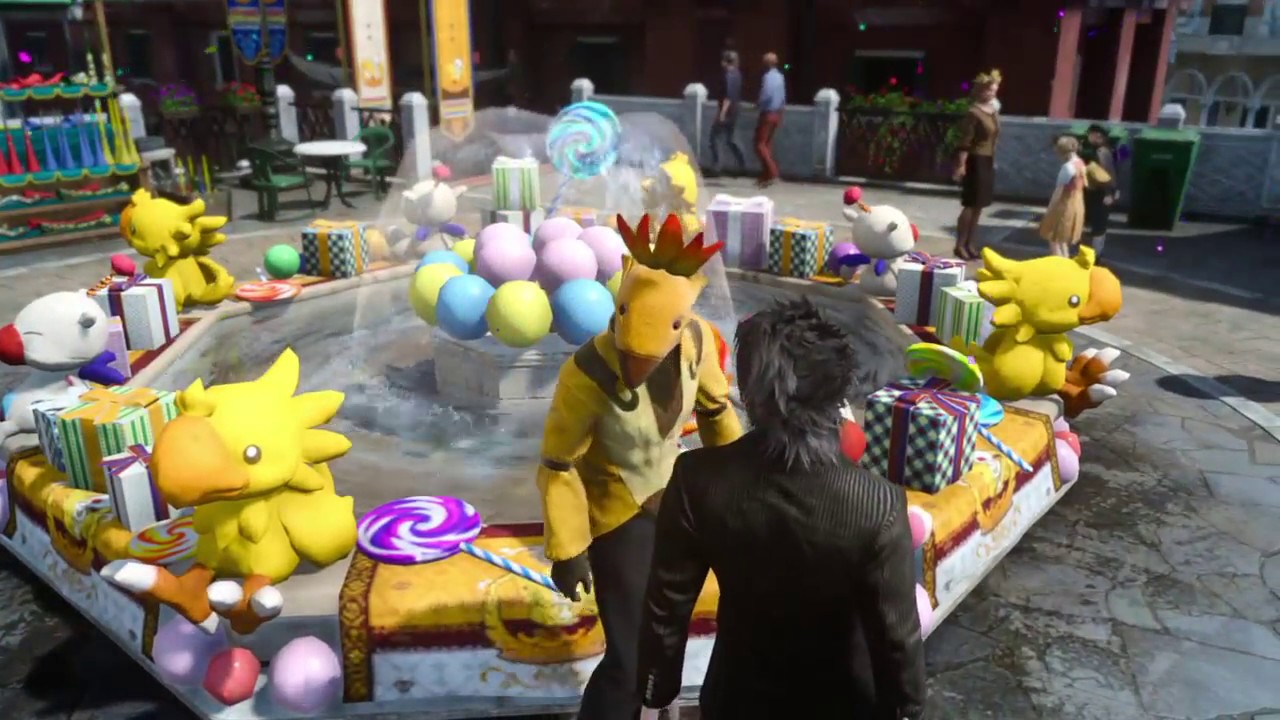 Runaway Chocochick: Remember that quest where you need to find 15 of those chocochicks? Well after you’ve done the task for some reason they are still there (awarding you medallions for the trouble). The funny part here is that you can keep them in your inventory… Who knows? They might come in handy someday. Or then again maybe not. 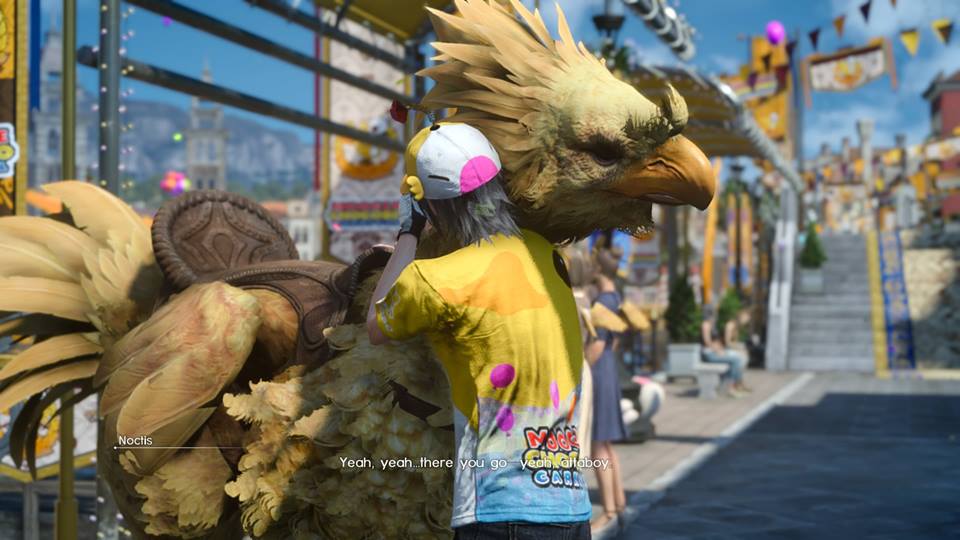 And that’s it! (I’ve come up with a new reci-peh?) Hope you enjoyed the event, looks like after this one there will be a lot more stuff to do down the road. So stay tuned!