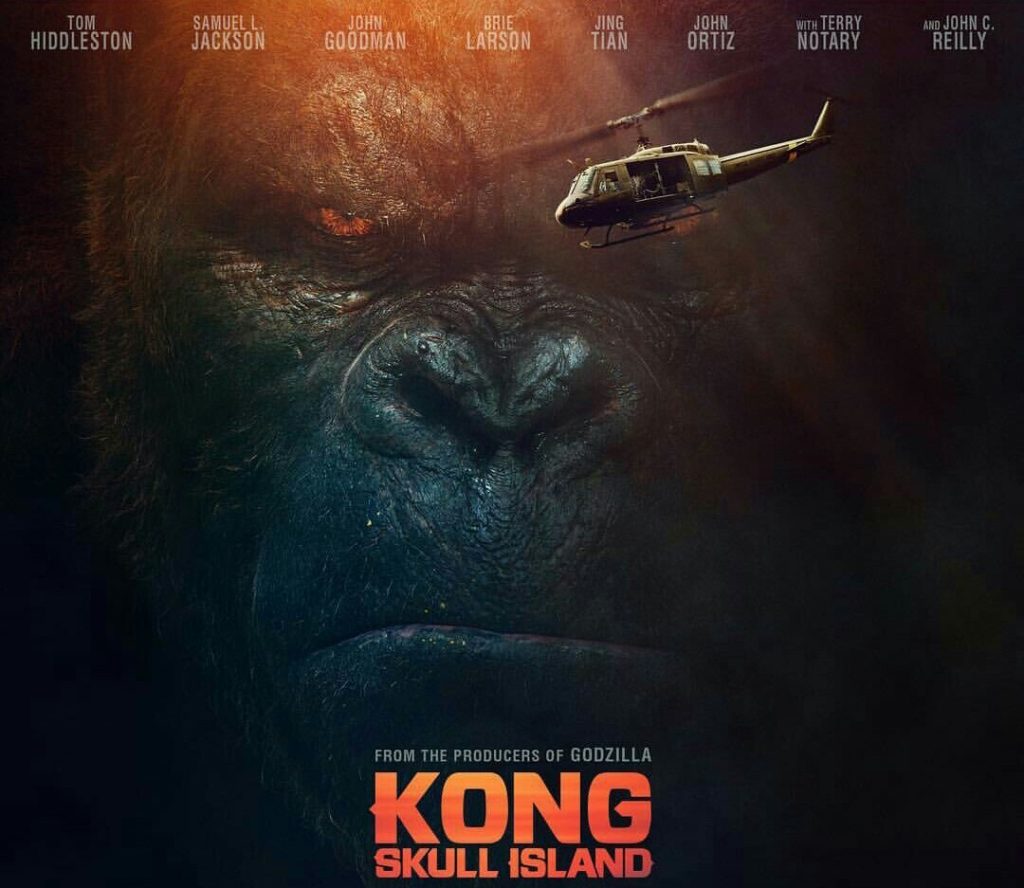 Ok so it’s not really Loki, Captain Marvel, and Nick Fury, but Tom Hiddleston, Brie Larson, and Samuel Jackson teaming up against the legendary King Kong should be awesome, right? King Kong has been a legend in the geek world, similar to the lore of Godzilla, and if the trailers are any indication, then we’re in for a wild ride as Kong is set to make his big screen return looking fiercer and angrier than ever before!

Kong: Skull Island tells of a story of a team of scientists and soldiers who unite to explore a mythical, uncharted island deep in the pacific, only known as Skull Island. Little do they know that the king of beasts has made the island its home. Kong doesn’t like explorers on his island, much less trespassers who defile and destroy the peace and what was once a journey to explore is now a fight to survive. They also find out about of a much deadlier foe, the “Skull Crawlers”, as they should be worrying about that more than Kong. Can the team of Loki, Captain Marvel, and Nick Fury along with the rest of the Avengers… Ok I stop now.

Kong: Skull Island stars Tom Hiddleston, Samuel Jackson, Oscar award winner Brie Larson, John Goodman, and John Reilly and opens in 2d, 3d, and IMAX on March 9, 2017 as distributed by Warner Bros. Pictures. In the mean time, check out the brand new trailer below! Are you going to catch the enduring legend of King Kong come March? Let us know in the comments below!