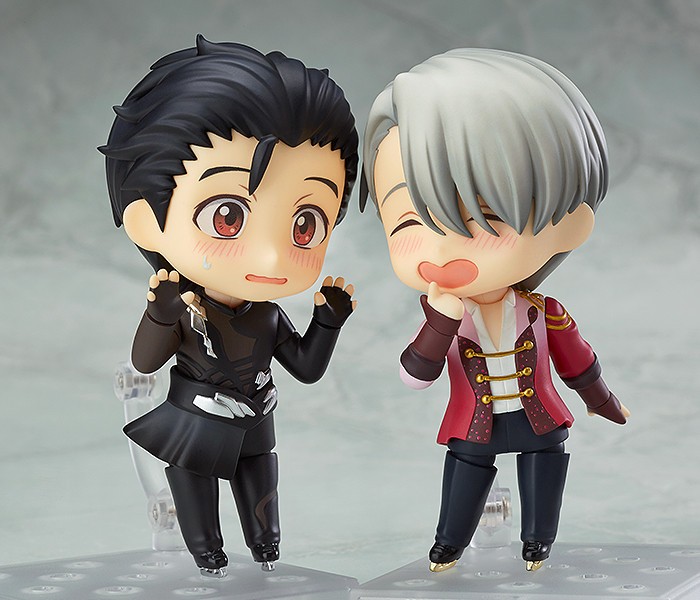 One of the most popular anime series from last winter is the figure-skating sports anime Yuri on Ice (ユーリ!!! on ICE).

The series revolves around Yuri Katsuki, a Japanese figure skater who suffered a devastating loss in the Grand Prix of Figure Skating Final. When a video of his recent performance was uploaded to the internet, it drew the attention of Russian prodigy Victor Nikiforov, who meets up with Yuri and offers to coach him back to success. Together the two aim for victory at the ISU Grand Prix against Yuri’s rival, a 15-year-old Russian skater named Yuri Plisetsky. 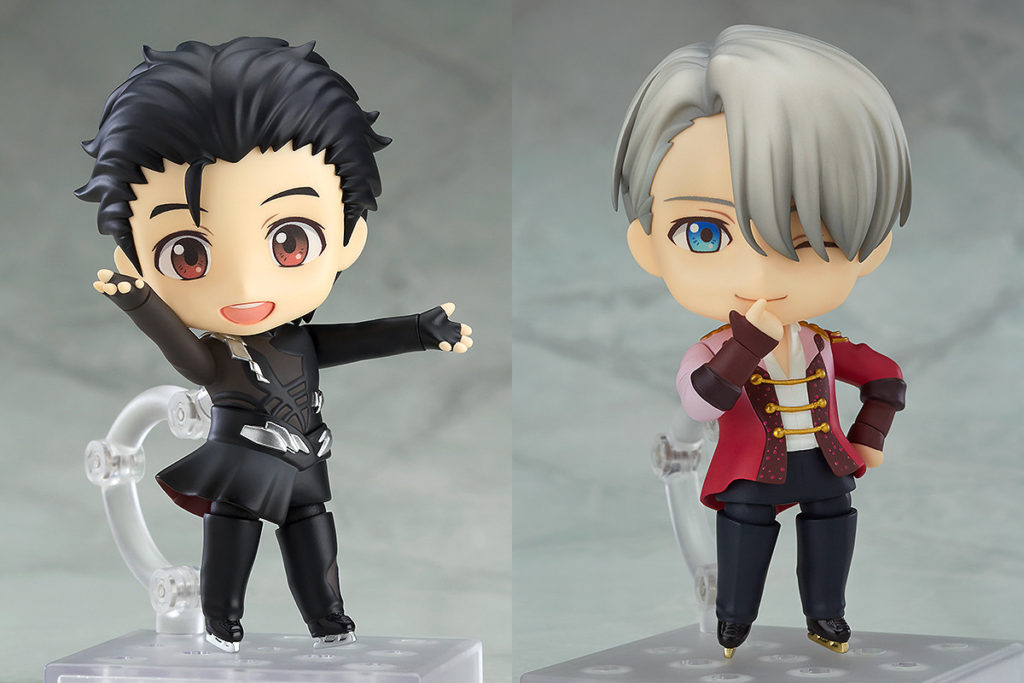 Fans of Yuri on Ice can now recreate their favorite scenes from the anime with the upcoming Nendoroid figures by Good Smile Company. Both Yuri Katsuki and Victor Nikiforov figures will be released later this year (July and August respectively). 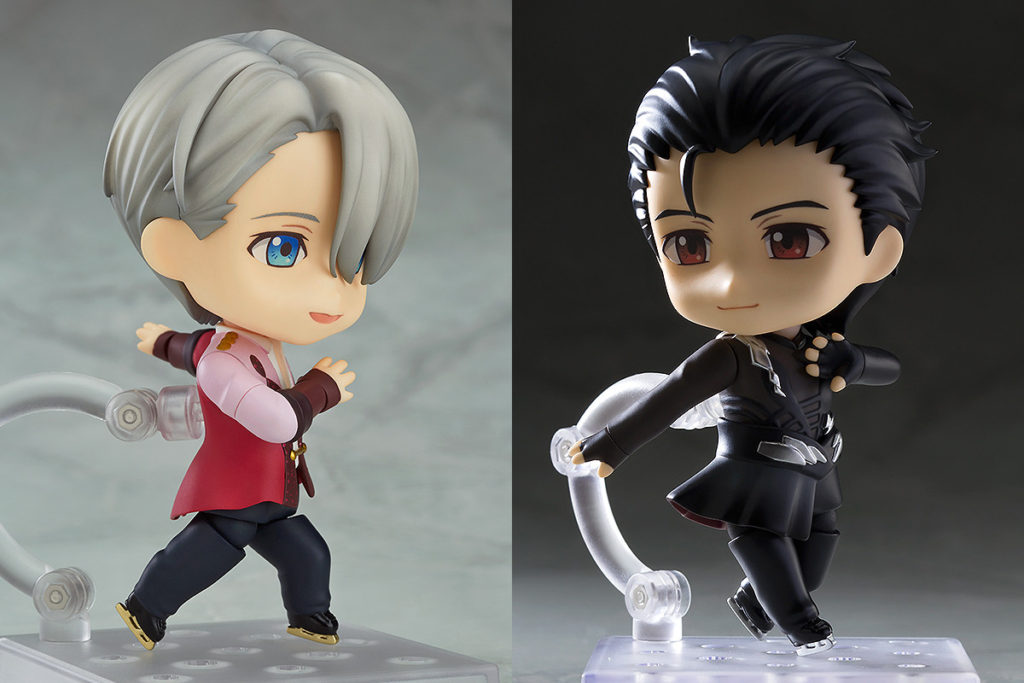 Both Yuri and Victor come with three face parts each, which can be used to convey a variety of expressions. 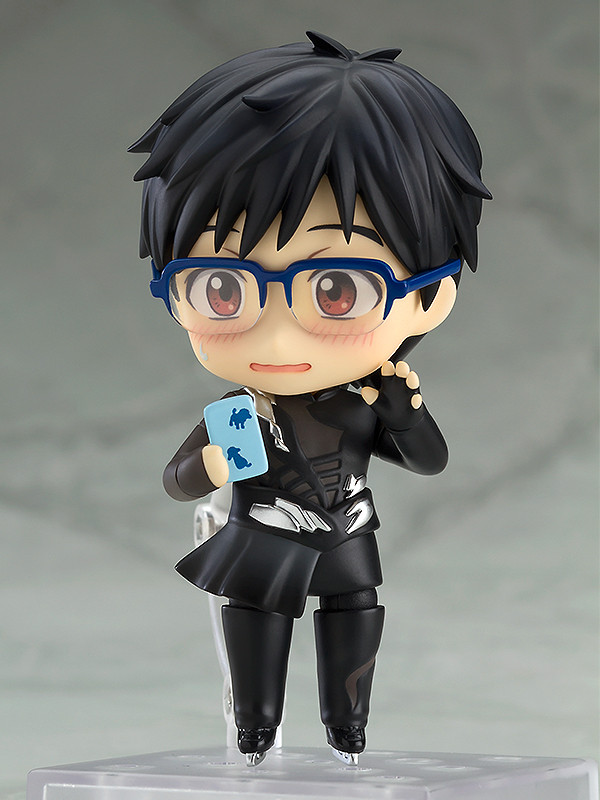 Yuri comes with alternate hair parts, a pair of eyeglasses, a Nendoroid-sized smartphone and a bowl of katsudon. Replicate your favorite everyday scenes with these accessories! 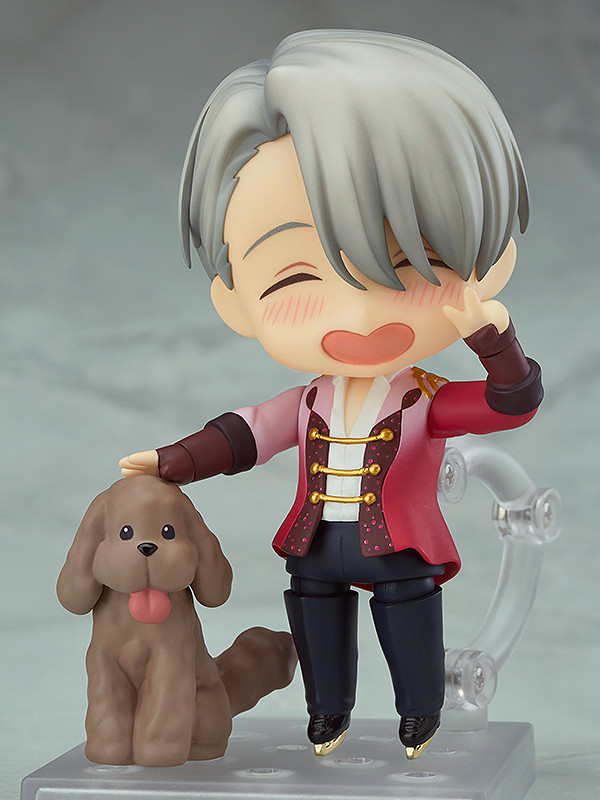 Victor comes with a gold medal, a bouquet of flowers, and a figure of his pet poodle Makkachin. Use these parts to display him as the top figure skater in the world! 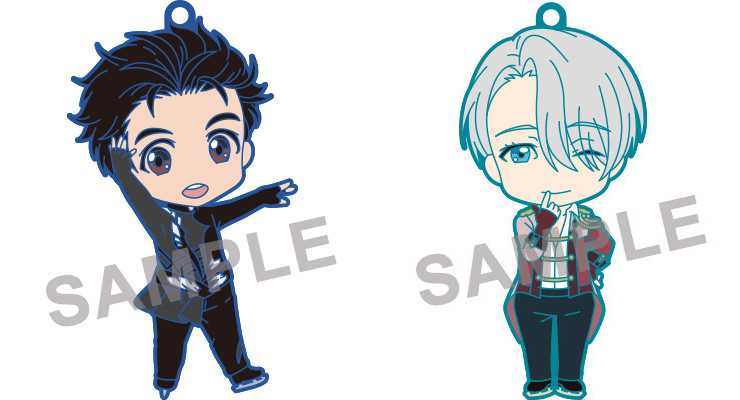 As an added bonus, pre-orders made on the Good Smile Online Shop will also include a rubber strap of Yuri and Victor.

Pre-orders for both are now open until March 16 (for Yuri) and March 23 (for Victor), so hop by the Good Smile Online Shop and reserve your copies today!