Final Fantasy XII: The Zodiac Age Will Be Getting Two Special Editions

Square Enix just announced from PAX East 2017 that two special editions of Final Fantasy XII: The Zodiac Age will be available for fans and collectors alike. And these items will be sold exclusively at the Square Enix Store.

There will be a lot of options to choose from actually, let’s start at what’s basic first: 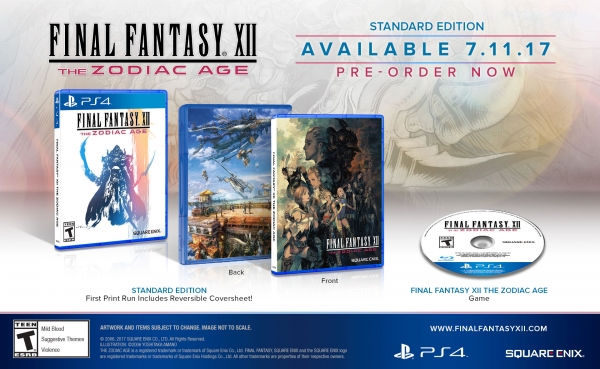 For those who will be getting the standard edition, a reversible cover will be available for the first print of the game. For the Limited Edition Steelbook version, aside from the hard casing that featues art by Akihiko Yoshida, you will also get a background music DLC which includes a digital code to unlock Original Soundtrack Background Music from the game. All this for $50.

But that’s not what we came for right? 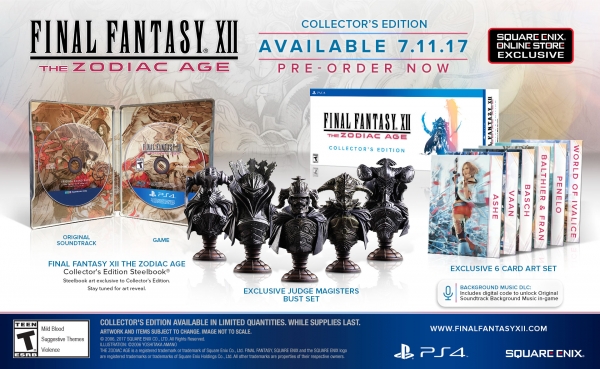 For the most die-hard of fans, the $200 Collectors Edition will have a steelbook as well, showing exclusive art bound only to this package. You will also get an exclusive “Judge Magisters” Bust Set featuring the Judges Bergan, Drace, Gabranth, Ghis, and Zargabaath. There will also be six art cards included and a code to download the digital soundtrack of the game. Lastly, for those who want to pre-order the game on the game on the PlayStation store you are not left out, as purchasing it there will get you the four-track music compilation composed by Hitoshi Sakimoto and the official Final Fantasy XII: The Zodiac Age PlayStation 4 static theme. Sweet!

- Advertisement -
Previous articleFirst Images of Telltale Games’ Guardians of the Galaxy Teased!
Next articleMonster Hunter XX Will Have Content from Breath of the Wild, Ace Attorney, Okami, and A LOT More!