Is Girls Und Panzer too Sexualized? 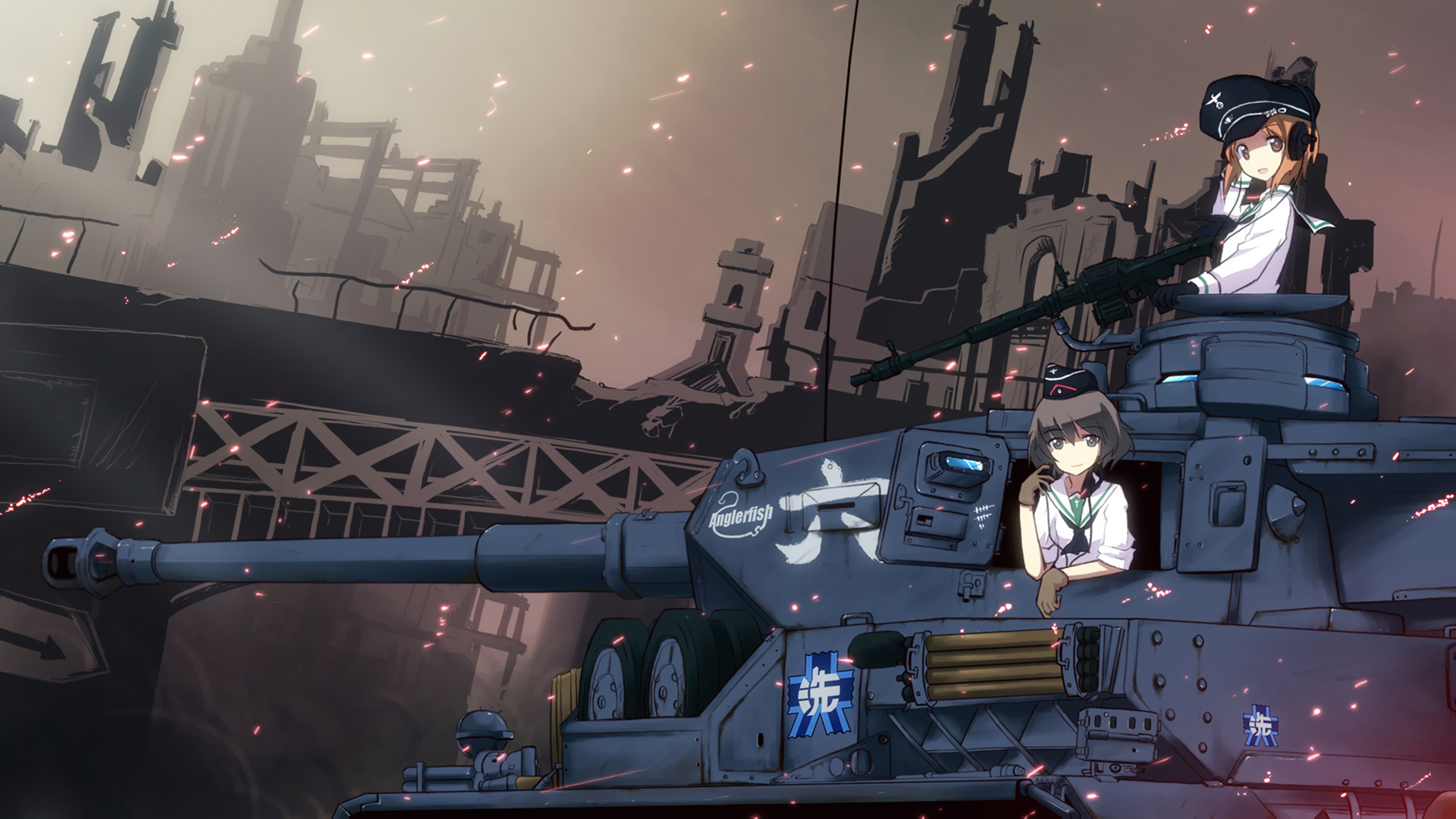 In a recent a BBC documentary about sexualization of minors (I suggest you guys watch it by clicking the link) in modern Japan.

Takeshi Nogami, the character designer for Girls und Panzer anime was interviewed by English Journalist Stacey Dooley, who condemned his work on the anime and mentioned that all fiction like Girls und Panzer should be banned. So what is the anime all about?

The Japanese anime television series created by Actas first aired back in 2012 the same year its manga version was also released.

The story takes place in a reality where World War II tanks are used for competitive sports warfare called Sensha-do which means “the way of the tank” (jokingly called “Tank-Kwondo”) which is considered to be a traditional martial art and art form. They use large aircraft carrier ships known as Academy Ships (basically a mobile sea campus) to travel from one place to another to compete in this popular sport.

The protagonist is a young female high-schooler belonging to a prestigious family of sensha-do practitioners. She came to Oarai Girls High School to get away from the sport, presuming the school was no longer practicing the it. To her surprise, however, the student council announces the revival of sensha-do and recruits our heroine, the only student with prior experience, to join. Reluctant at first, she soon warms up to the sport again and comes to enjoy it as they compete in the national sensha-do championship, against other schools.

Directed by Tsutomu Mizushima, written by Reiko Yoshida, and produced by Kiyoshi Sugiyama for the TV anime, the series initially aired in Japan last October 2012. An original video animation was released in July 2014 while a full length animated film entitled Girls Und Panzer der Film was released in November 2015. The two hour film consists of 30 minutes of story related non-action and ONE AND A HALF HOURS OF TANK VS TANK ACTION. Micheal Bay would be proud.

The film has earned over ¥2.4 billion at the Japan Box Office with its its opening weekend grossing ¥128 million in Japan, becoming the number-one film that week. It was also number-two in admissions (84,700). The first week sales of the Girls und Panzer der Film Blu-ray Limited Edition placed 1st with 162,361 units and the Regular Edition placed fifth with 6,554 units in the weekly Oricon chart.

It won the Sanctuary Award from the 25th Japan Movie Critics Awards as well as the Best Dramatic Presentation Award from the 47th Seiun Awards both last 2016. A manga series and a light novel adaptation have also been published by Media Factory.

That’s basically it. Personally, I don’t see anything wrong with this that merits such action against the show. But what do you guys think? Given all of this, do you think that this anime is concerning enough to breach decency? Drop us a comment here at Ungeek and let us know your take.

- Advertisement -
Previous articleCelebrate ‘Miku Day’ today with 39 Hatsune Miku Songs!
Next articleAsus ROG starts their 2017 Reign right with the launch of the GX800!