‘Koe No Katachi’ will be Roaring into Your Hearts! 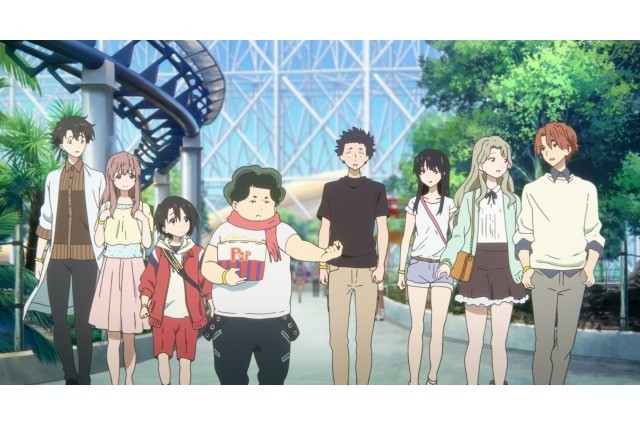 Once upon a time there was this classic music game show “Name that tune” where they would try to guess the song based on the number of musical notes the players bid on. With that I would say;

“I can describe that anime in one word!”

And that word would be…

Yes, the fruit that is DURAIN.

The opening is awful but when you get past the stink it tastes pretty good.

Without spoiling anything unless you read the manga or found that elusive online leak (say NO to piracy! Ayy KAMATIS), similar to that French film “Read my lips” the female deaf co-protagonist Shoko Nishimiya becomes the target of disrespectful behavior or simply put BULLYING due to her defect being led by the male co-protagonist of the film Shoya Ishida. The story goes out of its way to make its audience hate Ishida during the early parts of the film, I mean it’s 2017 there are plenty of anti-bullying advocacies and public support for our differently abled brothers and sisters; I mean Jeez seriously Ishida is a f %& p*ick!

Then there is this manner of self-realization that bullying is actually bad that is both cringe worthy & poetic justice and if you’ve seen the trailer it becomes a minor romance road to redemption (with dark clouds ahead because struggle is necessary!) because there is always hope.

The meat of the film is entertaining and it does have its “kilig” moments and emotional baggage brought by the characters BUT with the POWER OF FRIENDSHIP they shall prevail! The plot has a lesson (or two) to teach, a good one (or two, or three) in fact but in my opinion the teacher isn’t doing a good job at it. Despite certain things I can’t agree with, the film is excellent nonetheless.

The theme song is awesome BTW. I find it sounding better than Zenzenzense (there I said EET! Haha).

The film is based on the manga of the same title that was a one-shot, published last 2011 in Bessatsu Shōnen Magazine, but was later serialized in the Weekly Shōnen Magazine as a remake in 2013. The series ended with seven volumes since the first tankōbon release on November 15, 2013.

The film will be shown locally thanks to Pioneer Films this year (2017). Exact dates to be released soon.

- Advertisement -
Previous articleKong: Skull Island smashes its way into Cinemas Nationwide on March 9!
Next articleRurouni Kenshin Will Be Getting A Mobile Action Game This 2017