Oh hi Destiny 2, ready to take a thousand hours of my life again? Wiped the drool off of your face already? After months of speculations and teasers about the sequel, we now finally have word that Destiny 2 is indeed coming in September, September 8 to be exact! We have been teased for a long time, even showing leaked posters about Destiny 2 but all rumors and leaks have been laid to rest as all of this has been confirmed from the official Bungie Site. I’ve actually spent close to 1,300 hours on Destiny, running raids left and right with my buddies and with strangers from different parts of the world week after week, and it was 1,300 hours of my life that I cannot get back, but they were very good times indeed, and with Destiny 2 looming in the horizon, I am legit scared of how many sleepless nights I’ll have to endure once again.

In the trailer, you can see Zavala and Cayde gathering guardians once again in a battle that will pit our combined forces against the Cabal and if you thought that you’ve faced everything the Cabal had to offer, think again. Talks of a faction called the “Red Guard” looks to be the main baddie in Destiny 2, along with their leader, Gary… No, Ghaul, dammit Cayde. There’s so much madness in one trailer and ship battles may be a thing of reality in Destiny 2 but for now, all of this is purely speculative. One of the biggest tidbits actually for this reveal is that Destiny is no longer a console exclusive. You heard that right folks, PC gamers will have their hands full as Destiny 2 will be releasing on the PC as well! There’s probably little to no chance of cross-play with consoles ever happening, but who knows what Bungie may pull out of their hats? Apart from the trailer, we’re also treated to the collectors edition of the game, which looks absolutely insane! 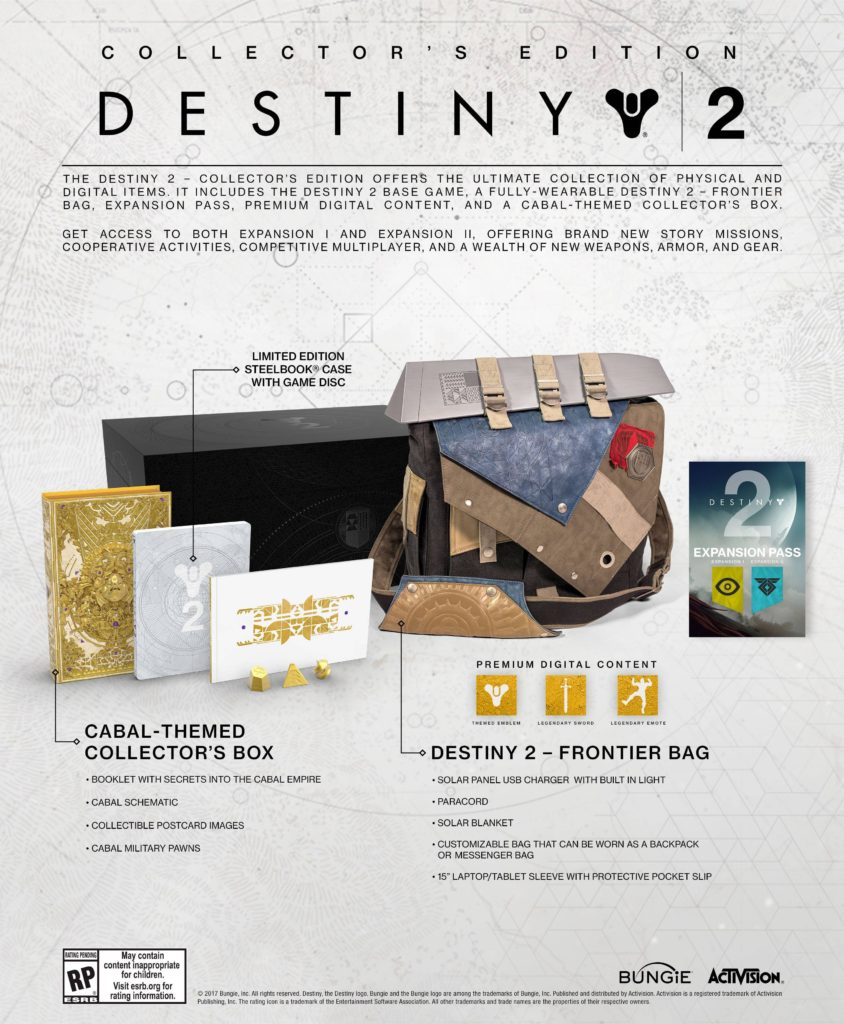 Not only do you get the game in a smooth collectible steel case, you also get a ton of loot like a Cabal themed booklet, Cabal schematics, collectible postcards, and Cabal military pawns. You also get an exclusive Destiny 2 Frontier Bag that hosts features such as a solar panel USB charger, a paracord, a solar blanket, and much more! Oh and did I mention that you also get an expansion pass for their next 2 expansions that will offer new missions, raids, weapons, and other features? You get all this for a whopping 249$ and preorders can be made soon at the official Bungie Site! Guardians who are on a budget can choose to go the limited edition which features the Cabal inspired box with all inclusions except for the Frontier bag and this will set you back a cool 100$. 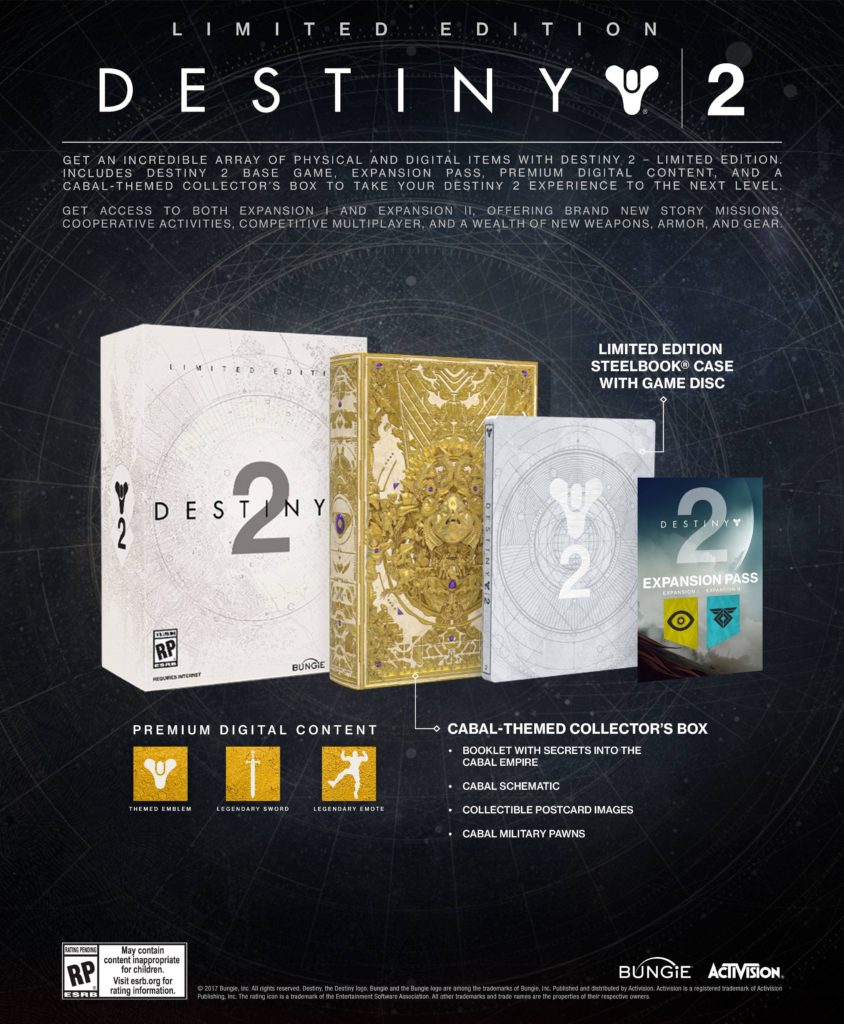 Well there you have it folks, Destiny 2 is official and we’re just going to throw our money at Bungie once again for this wonderfully superb game. As a fan of the first game, I tell you that I cannot wait for this and I’m going to pre-order the collectors edition as soon as it comes out! Will you be getting the game as well? Let us know your thoughts below!