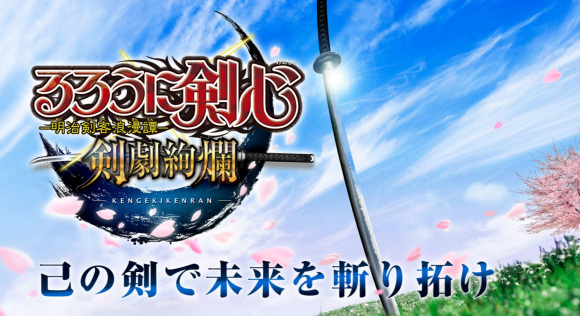 The popular manga and anime series, Rurouni Kenshin, will soon be having a new action game for smartphones in Japan, Jump SQ announced via twitter. Check out the video below from AlterSaber:

Titled Rurouni Kenshin Meiji Kenkaku Romantan: Kengeki Kenran (that was quite a mouthful). It is said that the game will be free-to-play with micro-transactions, and is aimed for a 2017 release in Japan for both iOS and Android devices.

The tagline for the project reads: “I will cut open a path to the future with my sword.” The game is also assumed to feature the new story arc of Rurouni Kenshin which Watsuki made. The new fluff is expected to roll out this spring.

So there, until we get a western release… Don’t get all amakakeru ryu no hirameki just yet!