The Kiev Major invites have been sent out and we’re really not surpised at all! 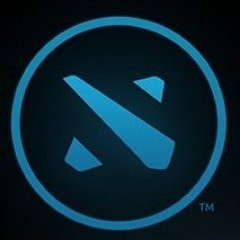 The Kiev Major, the second Major for this season (and maybe the last before The International 2017), has been encountering some issues as of late but that doesn’t stop the hype train at all for this event as the 8 direct invites have already been sent and 8 of the best performing teams as of late have answered the call to battle it out over at the National Palace of Arts in the Ukraine to claim the ever elusive Major title that almost guarantees them a slot at the biggest annual Dota 2 event, The International.

Evil Geniuses and Digital Chaos both receive direct invites and really, we were expecting this, right? These 2 teams have been playing superb ever since the Boston Major and they are known to be very consistent, almost always placing in the top 4-6 of every tournament. Ad Finem may seem quite a surprise, since they not been playing too well recently. Although they might have been surprise runner ups in the Boston Major, this could probably be their biggest consideration. Wings and Newbee shouldn’t be a surprise too, as Wings are the reigning TI champs and although they have been shaky as of late, we all know that Wings can bring the heat when needed. Newbee has been a dominant force in Chinese dota and this most likely ensures them a spot too. VG.J was just formed recently, but upon forming, they have been on a tear. Placing 2nd in the recent Starladder when people were shutting them out just proves that the Fy – Fenrir – ROTK magic is still alive and kicking. Team Liquid is a shoo in as well, with a SCARY lineup that includes Miracle and a recent revelation, GH, expect Liquid to be a favorite that could take it all the way.

Was that 8 already? Oh right, just 7, because the 8th team to close out the direct invite list is the first team that should come to mind when thinking of an invite list, OG. What more can we really say? This team has won 3 out of the 4 Majors (Frankfurt, Manila, and Boston) and even though they lost Miracle, MoonMeander, and Crit, they have not skipped a beat with the addition of the legend S4, the ES-God Jerax, and the up and coming superstar Ana. The Majors are their stomping ground and even though they got eliminated by VG.J in the recent Starladder LAN, they are still the heavy favorites for the Kiev Major.

It’s interesting to note that 3 out of the past 4 Major winners have been from the pool of direct invites, so there’s a BIG chance that one of these 8 teams could hold the trophy up high come April 30. Did your favorite team make it to the list of invited teams? Who do you think could win it all? Let us know your thoughts and keep it locked here for more Dota 2 updates leading to not only the Kiev Major, but to the Manila Masters as well!

- Advertisement -
Previous article
Asus kicks off the summer season with a scorching hot Zenfone 3 Max sale!
Next article
Aside From Streaming, Twitch is Also Planning to Sell Games in the Future