Get lost in the Game with MSI’s Limited Edition Camo Squad Pack! 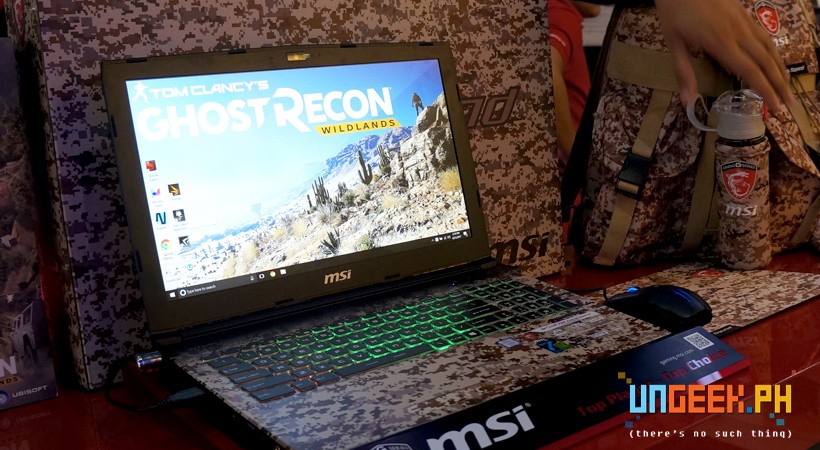 If you’re a fan of military shooter games this bundle is definitely for you. Get into the thick of things with a military desert camo-inspired skin for MSI’s GE62VR 7RF (equipped with an NVIDIA 1060 6GB GPU) or GE62 7RE (equipped with an NVIDIA 1050Ti 4G GPU) variants. According to the press release, “the GE62 Camo Squad aims to give you a sense of individuality, personal identity…[and] to make combat feel more visceral”. 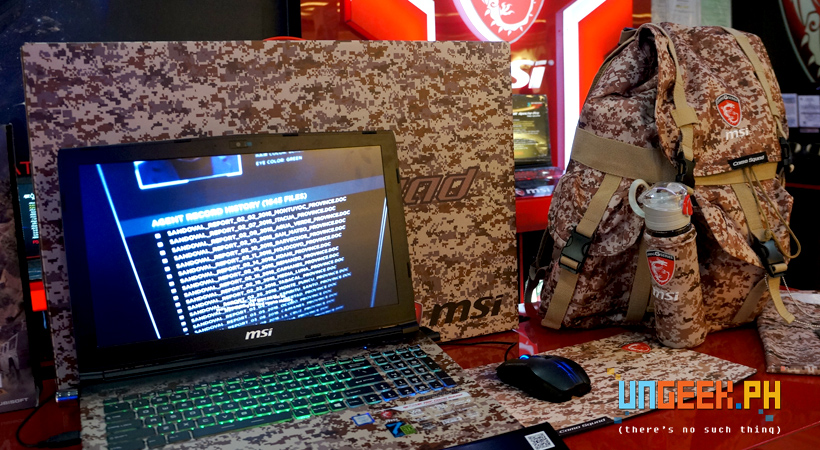 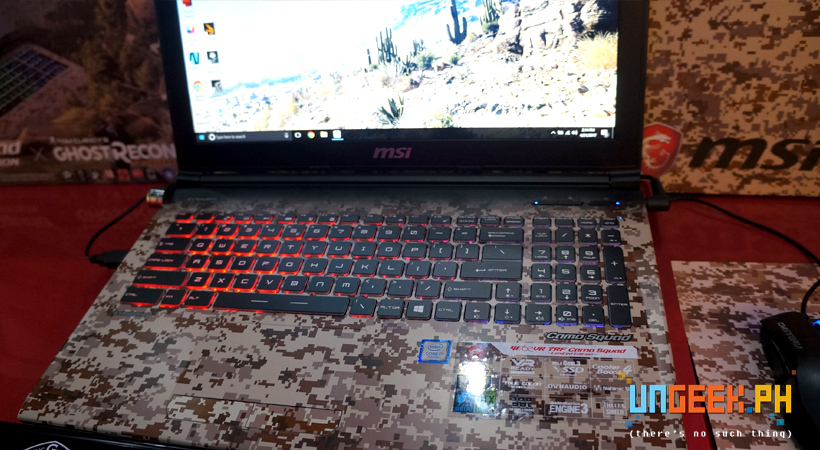 The main focus of the series is, of course, the desert camo design that wraps around the whole shell of the unit. Truly a standout design, if you ask me. And while the design is a bit rugged, the overall feel of the machine isn’t. It’s sleek as butter with curved corners and whatnot. And with a 419 x 294 x 30~34mm dimension, it’s a gaming laptop that’s easy to carry around with you. 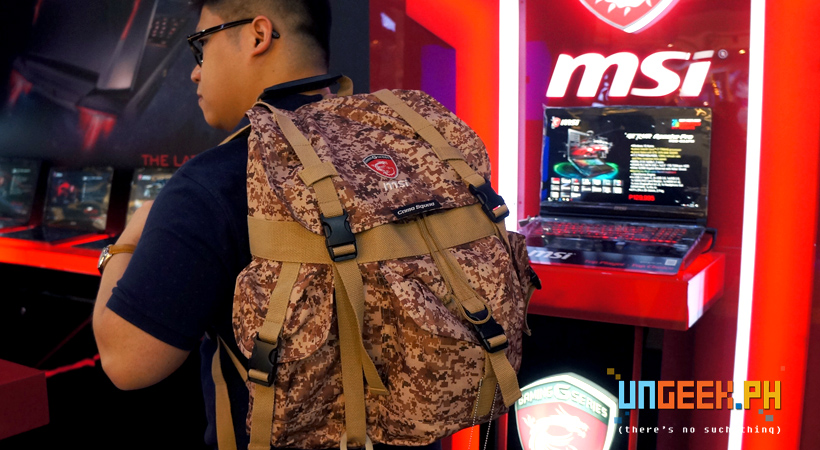 And carry them in style you will! What’s a gear without a cool place to put it and the Camo Squad Backpack is the perfect place to place your GE62 Camo Squad Laptop in! Adding to the pixel desert camo design of the bag, the backpack also carries a water bottle of similar motif. 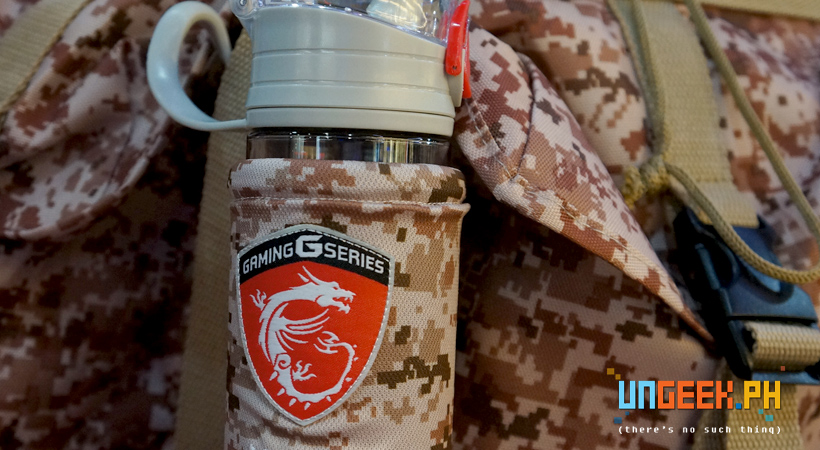 What? You’ll get thirsty eventually!

If that doesn’t inspire you to enlist then maybe the addition of a Camo Squad sports shirt and Camo Squad dog tags should do the trick! Seriously this is one of the best promotional items I’ve seen thrown on a laptop. 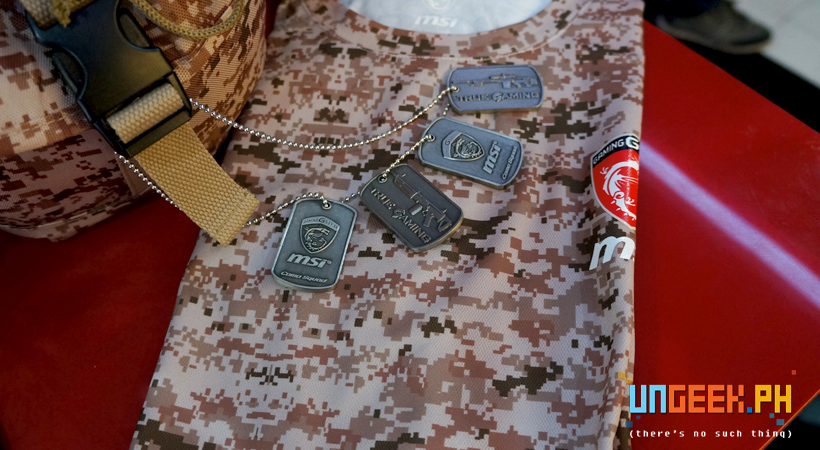 According to the press release you’ll get a SteelSeries ™ DOTA 2 Mouse, and MSI Cellphone Key Ring, and a Camo Squad mouse pad. Oh and they’re throwing in a copy of Ghost Recon Wildlands game code PLUS a Season Pass as well! They’re pulling out all the stops here, guys!

MSI will be showcasing the Camo Squad TODAY at the Pinoy Gaming Festival (PGF) here in the Trinoma Activity Center. If you’re not doing much today, drop by and check out MSI and the other gaming booths sprawled across the area. Entrance is absolutely free! And yes, you get to try games and win a bunch of freebies!

For more info on the Camo Squad you can check them out HERE.

- Advertisement -
Previous article
Final Fantasy’s XV’s Timed Quests Are Back With a Beat!
Next article
Check out 5 minutes of glorious gameplay from the upcoming brawler Marvel vs Capcom Infinite!