What went down at Toronto Comicon 2017! | Post-Event Wrap Up 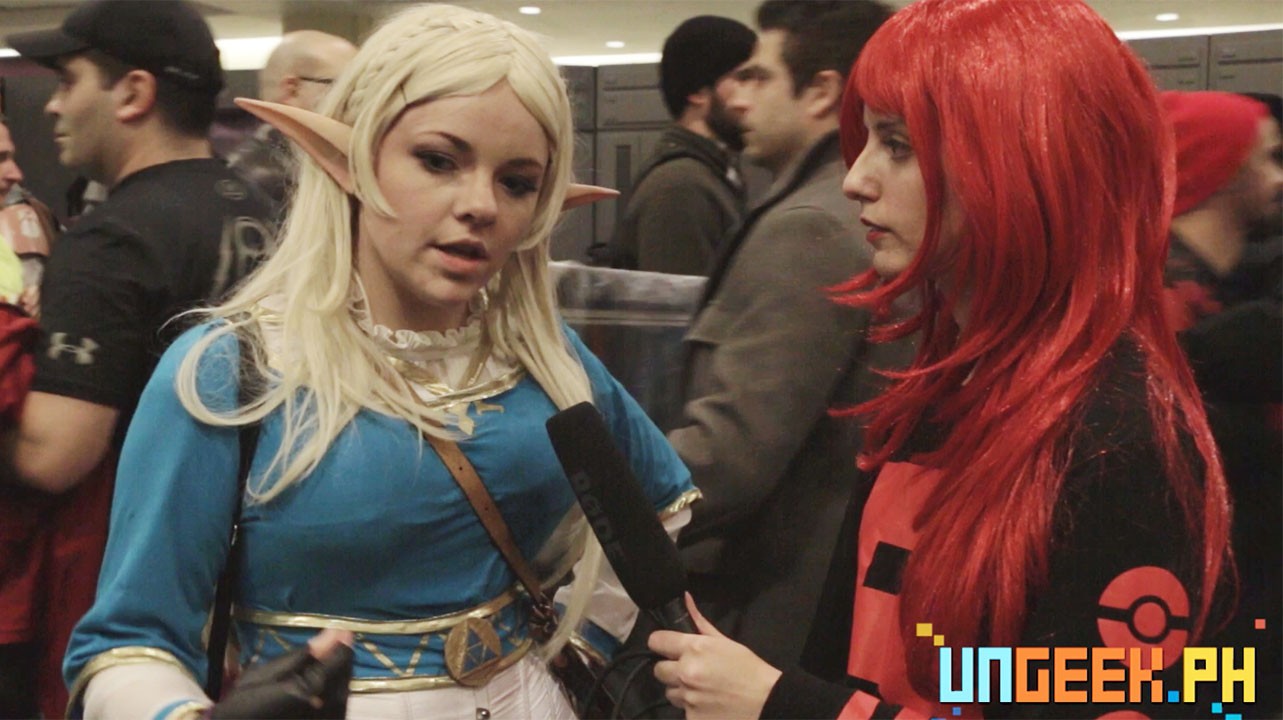 Toronto Comicon, the third largest con to grace the southern Canadian shores, was a big success. Fans came out in their finest cosplay and acting as if they were the characters themselves, booths full of humble artists lining the isles in the merch area, and line ups of excited fans waited to meet their favorite celebrities.

One thing I can say is: we did it all that weekend!

It all started on the busiest day of the con, Day 2. To get our feet wet, we went to a panel featuring Sean Pertwee(Alfred) and David Mazouz (Bruce Wayne) from the hit show Gotham. We were fascinated by their stories and perspectives of playing characters in a show takes place before the Batman storyline we all know and love. We also learned which Batman David Mazouz looks up to the most that helped him shape his role. 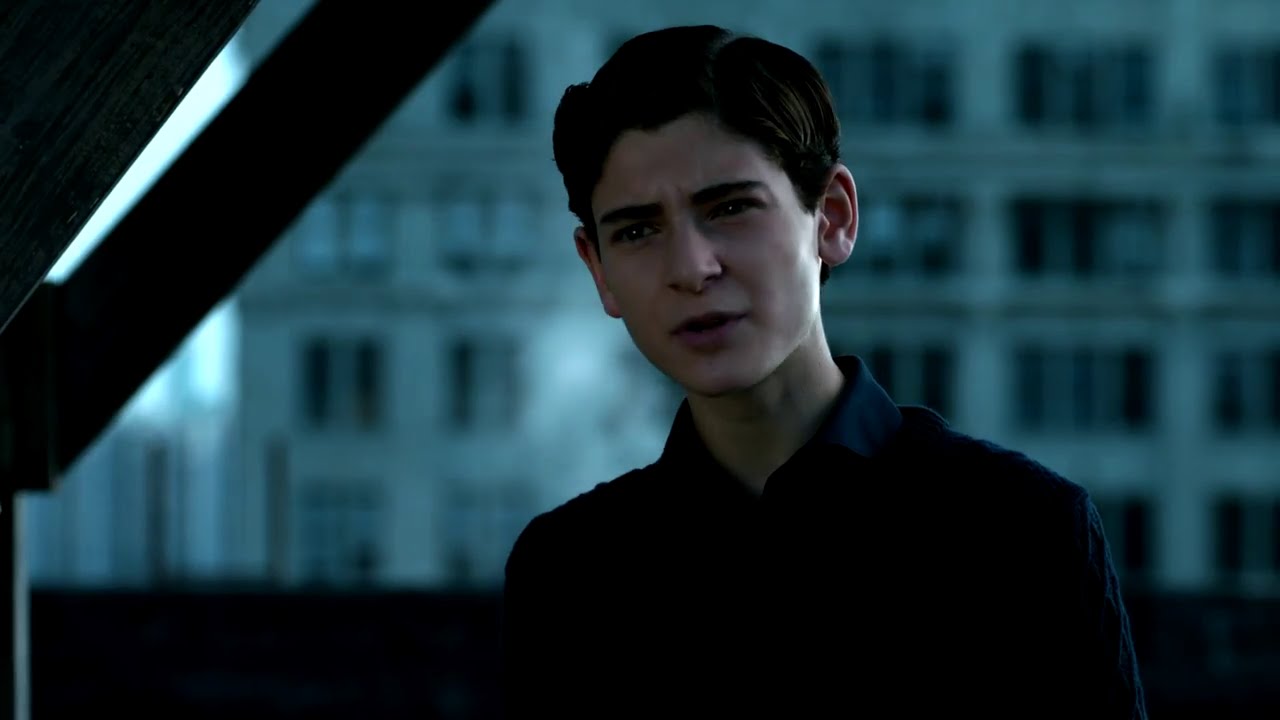 We also had the chance to actually meet with mini Bruce Wayne! He was excited to be in Toronto, flying in from LA the night before. We met him on Day 3, after a possible night on the town. Maybe he was training, maybe he’s already Batman and fighting crime in our city? (Don’t worry, that’s no Gotham Spoiler!)

Another big star was Robert Picardo and our guest correspondent and cosplayer friend Hannah actually had a dream come true! Dressed as Seven of Nine from Star Trek  Voyager, she was donned in a skin tight red jump suit. This blew Picardo away during his interview with her, so much so he wanted a “prom” picture and even tweeted it out to his fans! 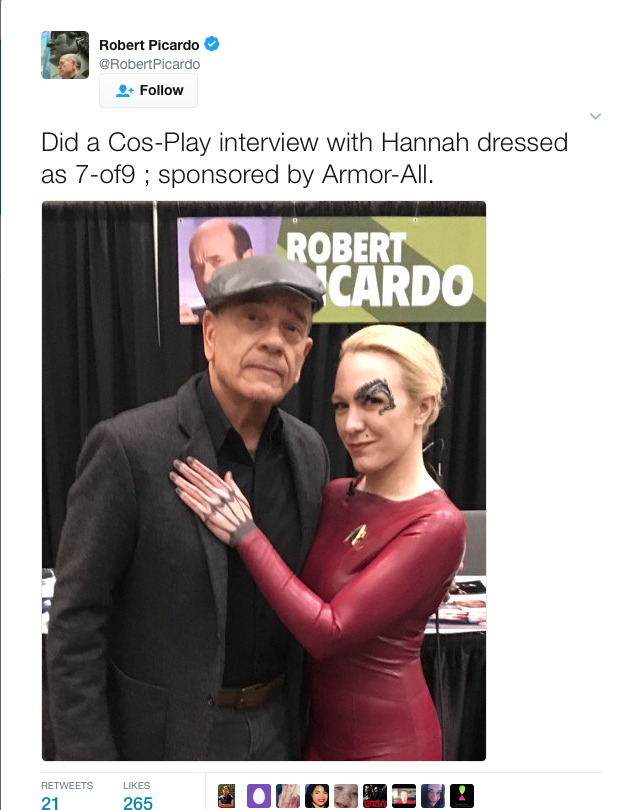 The craziness didn’t stop there. It was all about costumes, costumes, costumes! With the recent launch of the Nintendo Switch and Legend of Zelda: Breath of the Wild, people were already celebrating such an amazing game. We got talking to Holly Wolf (celebrity cosplayer guest) who wore a beautiful outfit replicating that of Princess Zelda in a blue tunic and blonde braided hair. She was amazed by the quality of the costumes and how cosplay connects people of similar interests in fandom. 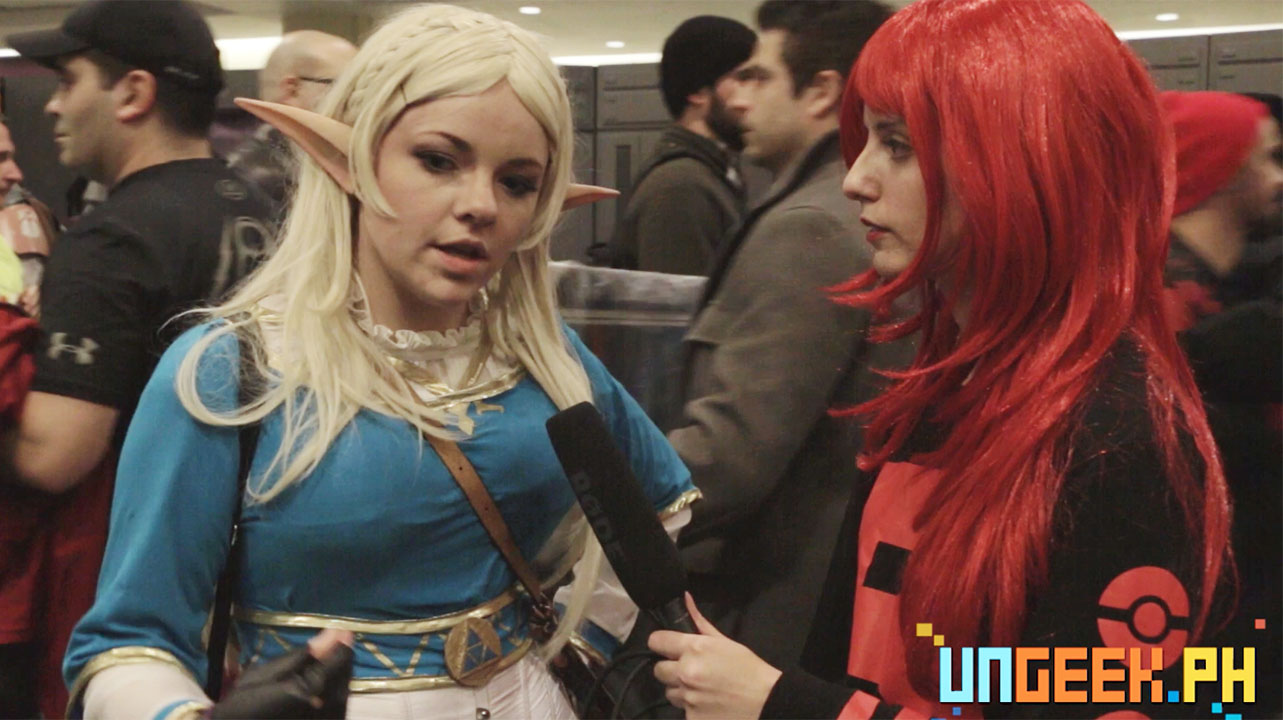 Some fans really went all out. Fan favorites like Darth Vader with the voice changing mask made his semi annual appearance, hanging out in the Star Wars area. We ran into a gang of transformer inspired Pokemon such as Pikachu and Flareon that had lights embedded into their brightly colored costumes. Deadpool even stole my mic, demanding to know where them chimichangas were at. 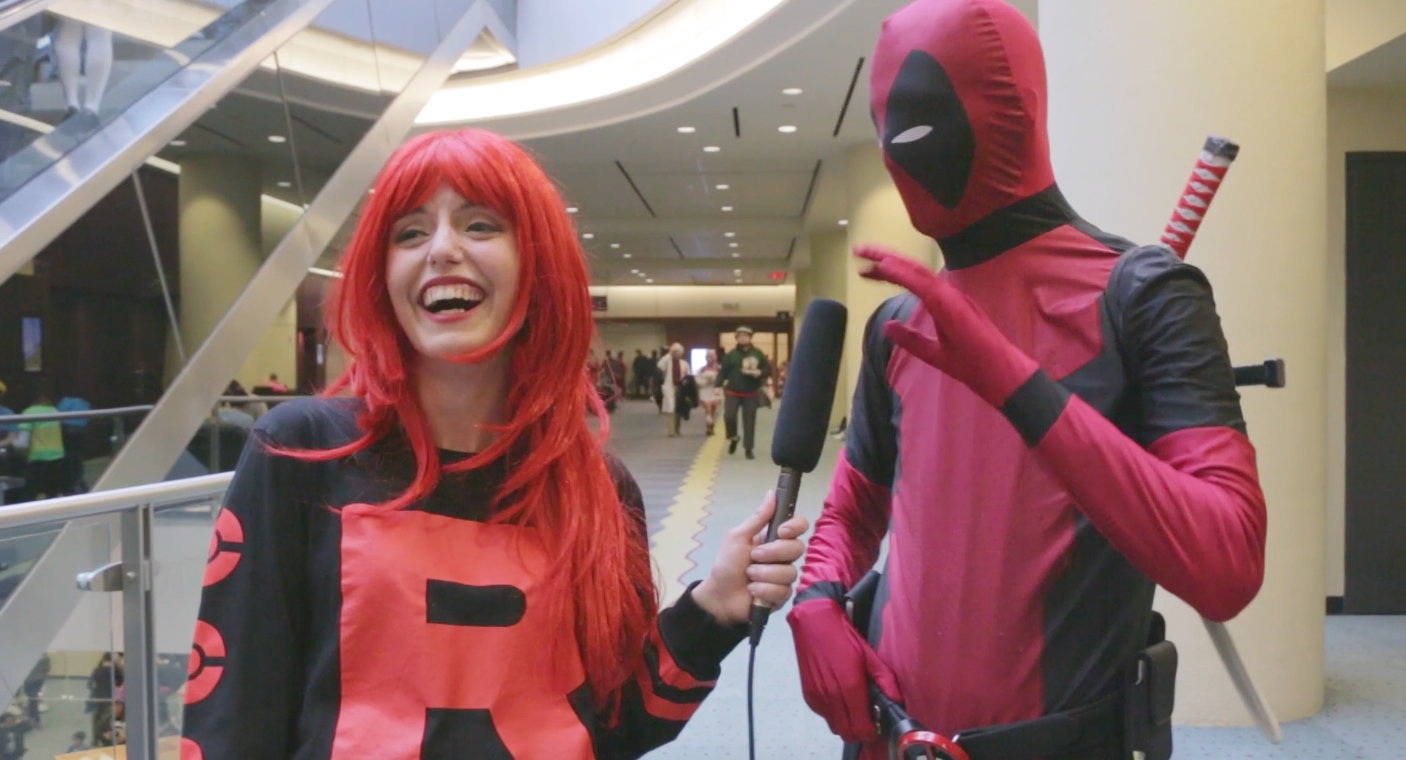 This was one big weekend party in downtown Toronto, that invited fans of any kind of series not limited to comic books. People of all ages came out, even little kids.

On weekends like this, where everyone can get their nerd out, it brings out the smiles and laughs in people who reminisce about their most beloved series, celebrate the hard work put into costumes, and get to meet their favorite celebrities.

As this was a fun and very successful con for us, we can only look forward to the next one.

Check out our YouTube channel for the coverage of the Toronto Comicon 2017!