Worlds Collide as MMA and Gaming meet head-on with Predator and ONE Championship’s New Partnership!

Predator and ONE Championship join together to bridge the high-energy world of MMA and gaming with their new partnership. “Gaming is so much more than cool graphics and great sound effects—it’s about every gamer transforming into their characters and conquering new worlds in any galaxy and in any battle,” quips Ray Gozon, Predator Philippines Senior Marketing Manager. It’s in this vein that they sought to partner with ONE Championship, a Singapore-based mixed martial arts promoter and quite possibly Asia’s largest sports media property according to CNBC.

“ONE Championship fights and fighters embody the intensity that our gamers experience on Predator machines”, continues Gozon.

To showcase the partnership, ONE Heavyweight World Champion Brandon “The Truth” Vera and ONE Champion VP & MMA Legend Rich “Ace” Franklin did a quick exhibition for gaming enthusiasts and people from the media. Expertly demonstrating basic MMA rules, grapples and choke holds…

…and to wind things down (or pump things up depending on your perspective), the guys ended the event with an all-out assault…on Overwatch.

Yup, Brandon plays and he does so amazingly. 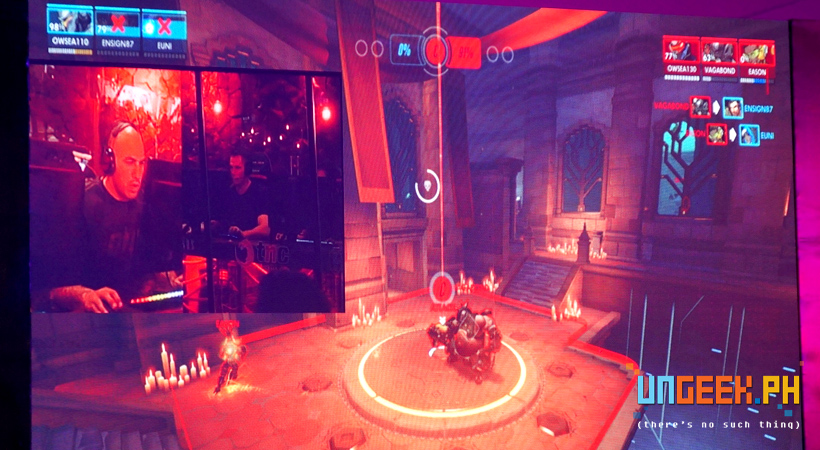 The 3 on 3 custom match was facilitated by Overwatch PH community where Brandon’s Team, composed of him and a couple of friends from the media fought Rich’s Team on Nepal with a 2/0 win.

The partnership only shows that gaming geeks come in all shapes and sizes. Gone are the days that gamers are looked at as timid and non-sports fan, case in point: Brandon Vera.

Predator also dips its reach towards people who are avid fan of MMA by proactively taking part in the sport, or at least that’s how it came across. Take for example the upcoming ONE: KING OF DESTINY fight happening this April 21. Predator will be sponsoring one of the main card fights of the day, which is the fight before the title fight of Philippines’ Eduard Folayang defending the title against Malaysia’s Ev Ting for the ONE Lightweight World Championship match.

The winner of this main card fight will receive the ultimate gaming laptop – the half a million peso monster of a laptop, the Predator 21 X. Predator is also expected to create a whole spectacle during the match as they reveal the new brand ambassador for Predator Philippines, so stay tuned to that as well.

“On the outside, MMA is extremely physical, but it is as much a mental game as it is a physical sport,” said Gozon. If you’ve ever watch a Dota or Overwatch Tournament, you’ll know how exhausting this is. “The level of professionalism that goes into fighting in the ring and gaming in a new world is often understated. A lot of strategy comes into play, and you see these fighters go into beast mode as soon as they step into the ring. This is how gamers are – they may be everyday Juans on the street, but as soon as they sit behind the screen, they unleash their inner fighters and immerse themselves into the worlds they enter.”

“So what do we do? We give them the ultimate weapon, and that is the Predator,” Gozon ends.

ONE: KING OF DESTINY tickets are still on sale. To watch this unique match, log on to http://onefc.com/events/king-of-destiny/ for more details.

With this unique partnership, it’s interesting to see if more brands bridge gaming and the “real world”.  More confluence of worlds!

And the more worlds collide, the more gaming seeps into a wider audience space and that, my friends, is a fight we all would want to get into.

- Advertisement -
Previous articleHere are 10 games we’d like to see when the SNES Mini happens!
Next articleLust for Blood and Live for Death in the newest action-RPG from Bandai Namco, Code Vein!