Asus Republic of Gamers powers up the Manila Masters!

The stage is set for the Manila Masters to take flight as Asus and the Republic of Gamers announced announced its partnership with the Manila Masters to be the official gaming motherboard, graphics card, and monitor for the event! For a world class tournament such as the Manila Masters, where 8 of the hottest teams in Dota 2 battle it out for a prize pool of 250,000$, you should only expect the best gear and equipment to be used and ROG does exactly that! In this momentous event, ROG is present to continue its legacy of being the top supporter for landmark gaming events in the country. It will equip its players with the best computers to bring out the best in each professional player. Being the No.1 Gaming Brand Worldwide, ROG is committed to deliver limitless performance to every gamer and enthusiast using only the best components available today. 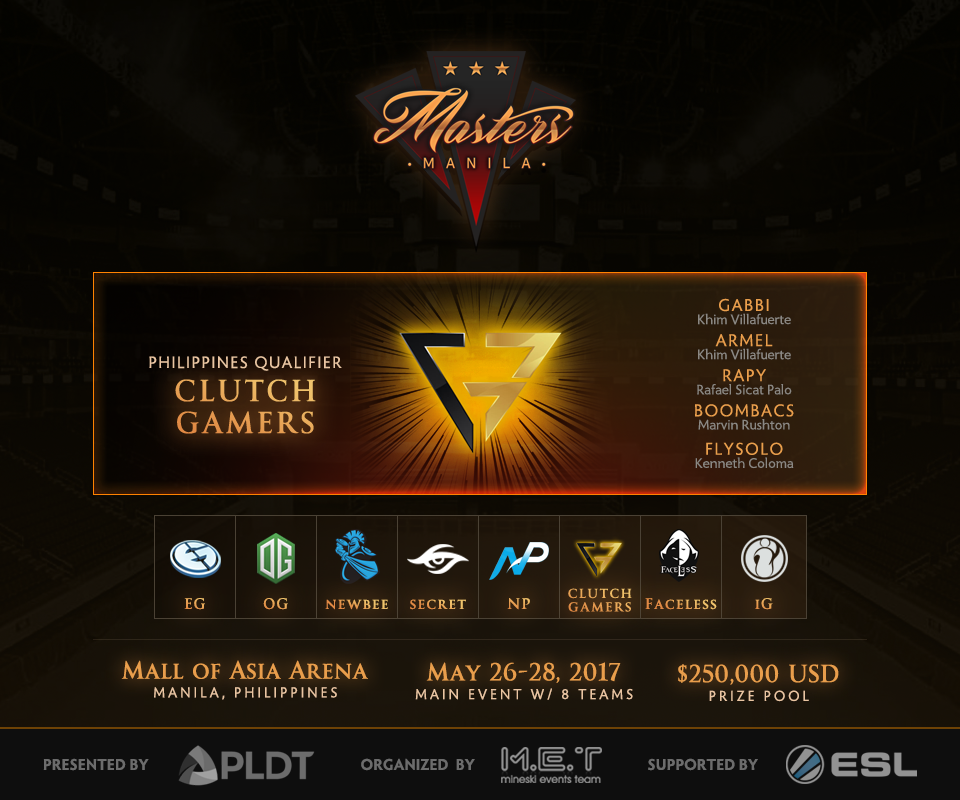 The top Dota 2 gamers from all over the world will gather to showcase the best of professional esports. Organized by the Mineski-Events Team and supported by ESL, the event will be held in the SM Mall of Asia Arena on May 26-28 2017.  With the recently concluded PH qualifier, Clutch Gamers outplay TNC and earn their spot to represent the PH in the tournament, alongside some of the greatest teams in the world like OG, EG, Secret, Newbee, NP, Faceless, and iG! This is definitely an event you wouldn’t want to miss! Stay tuned to Ungeek as we continue our coverage for the Manila Masters in the up and coming weeks leading to the event!