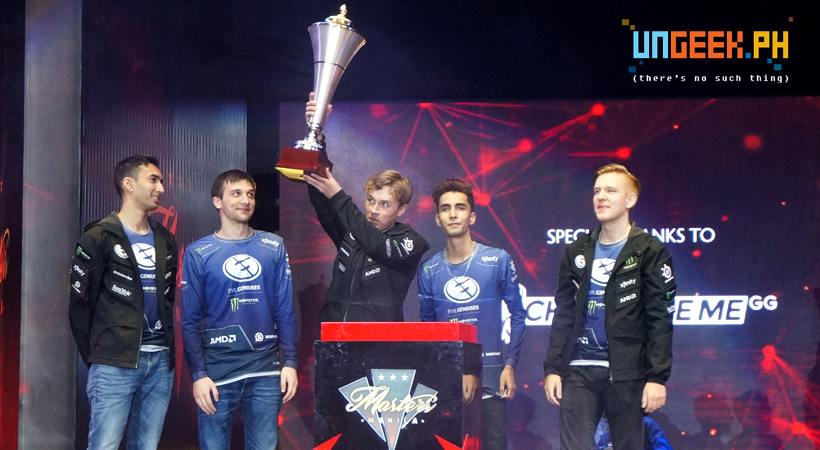 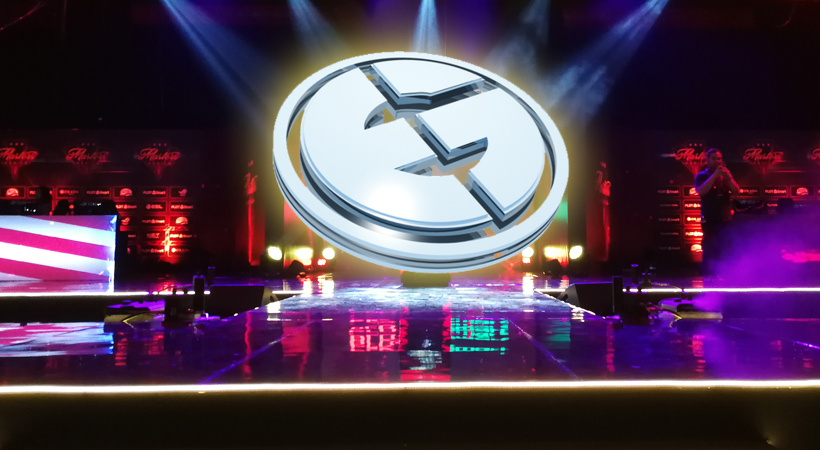 After an intense and exciting best of 5, the Manila Masters champions have been crowned and it is none other than ! The grand finals brought the hype big time! With the finals being a rematch of the upper bracket finals where EG lost convincingly to Newbee, this was going to be a rematch to remember. Neither team was willing to give in to each other, with EG taking the first game as they stomped through Newbee in a quick and decisive game. The second and third games were closely fought contests, with each game going the distance as each clash got more exciting as the games moved along. As the smoke settled, Newbee and EG both take a game apiece after fantastic team fights and skirmishes that can only be described as AWESOME. With the fourth and decisive game, EG didn’t want to give Newbee much quarter. With an epic brawl near the Roshan pit that seemed to be swinging to Newbees way, Arteezy’s Bristleback just won’t go down! After a long, drawn out fight, EG utilize their buybacks and take down Sccc’s OD, who doesn’t have any buyback, forcing EG to go with the GG push. In the end, Arteezy went straight for the tier 4 towers finishing the fight and forcing Newbee to call the match in.

Let’s take a look at the rest of the events that transpired during Day 3 of the Manila Masters, starting with the Lower Bracket finals featuring NP and EG! 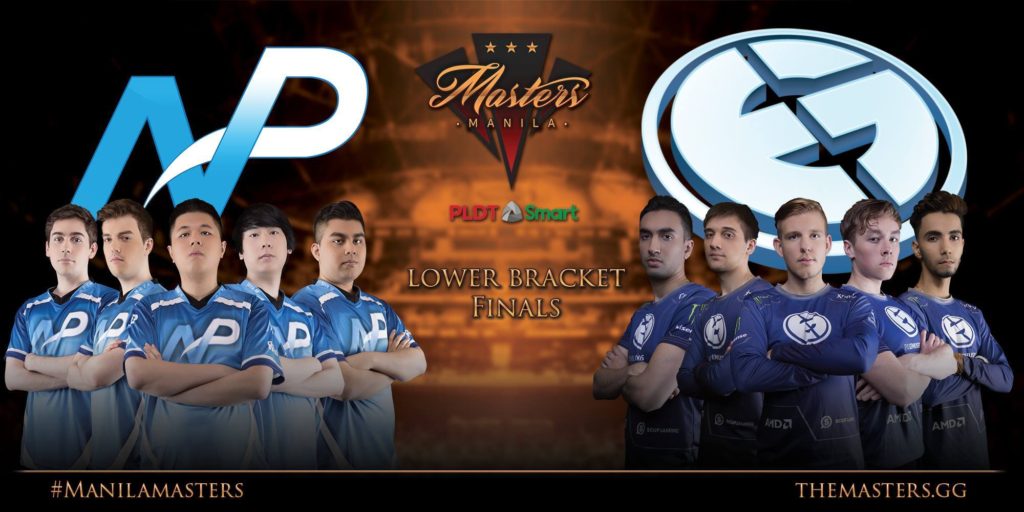 It’s Team Anime / Cloud9 as Eternal Envy seeks redemption, trying to prove to everyone that he can do other things apart from throwing games, against the professionals and arguably the top team in the NA region, Evil Geniuses.

Game 1 saw NP going with their highly dependable LC care of MSS and Ember Spirit by none other than Eternal Envy. EG went with the Death Prophet and Weaver cores and looked to secure good lanes early and for quite a while, it was a close match but sticking to their recipe for success for the Manila Masters, NP kept up the aggressive play and just went for picks left and right and before you know, EG dug themselves a hole too deep to come back from. 1-0 NP.

Game 2 was a better game for EG, with the Sumail Storm and the Universe LC wreaking havoc across the map against the Envy Bristleback and the Fata Ember Spirit. EG knew that they needed to start out aggressive and that they did as Envy was being ganked at every opportunity. It was a closely contested match all throughout, neither team giving space but towards the end, EG showed why they were masters of the team fight as Sumail pulled off some epic 4 and 5 man vortexes to seal the deal for the boys in blue. 1-1, EPIC game, and it’s not even the grand finals!

Game 3, I guess in typical EE-sama fashion, went to the kings of the North American scene, Evil Geniuses! NP went in full tilt, as EG literally pressed the attack, took the lead, and never looked back. The game felt as if NP was playing from behind the whole time and for any move they would make, EG would always look to be 2 steps ahead. EG punch their way to the grand finals, setting up a rematch with Newbee! 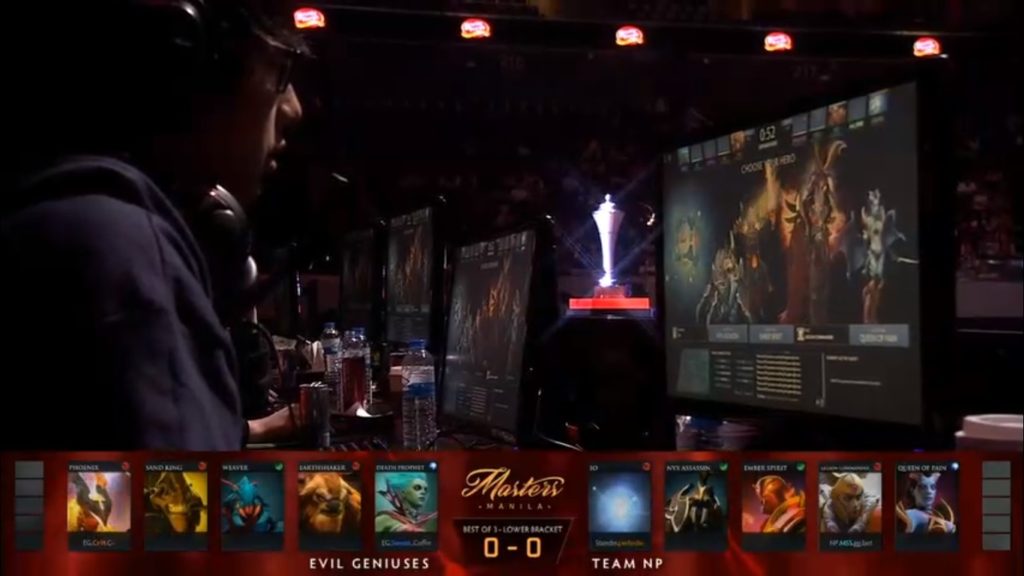 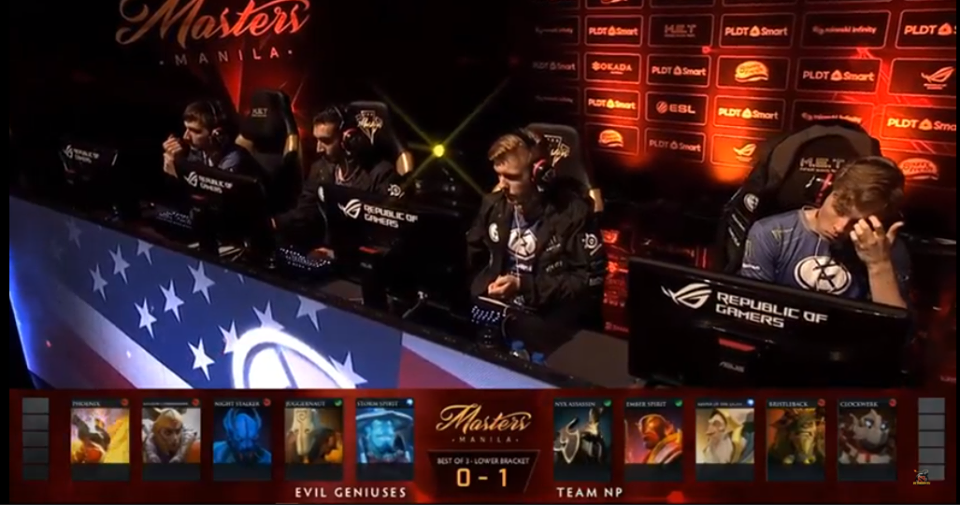 Due to public demand, OG gave in to the requests of their adoring fans as they set up a separate photo / signature session over at the Mineski Infinity booth and boy the line was INSANE! Initially, only the VIP and premium ticket holders were able to access the exclusive signing sessions but OG, being the good guys that they are, obliged and provided the non premium ticket holders a session that they won’t soon forget!

The cosplay scene was definitely hype! After the Lower Bracket Finals, a cosplay segment was done and it featured the best DOTA 2 outfits that the PH had to offer. The prizes were also presented by the lovely Alodia Gosiengfiao (who was dressed as Mirana herself). 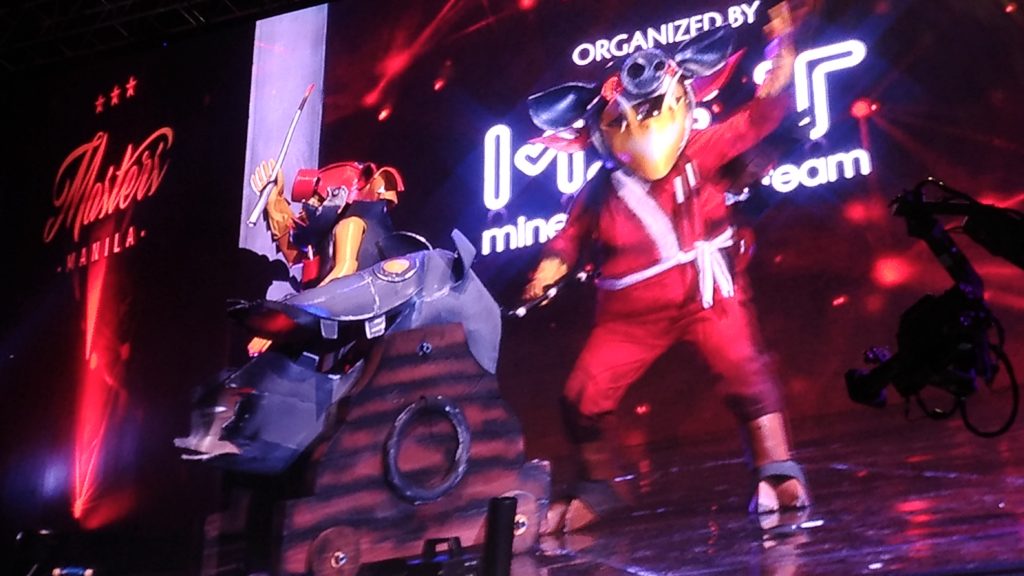 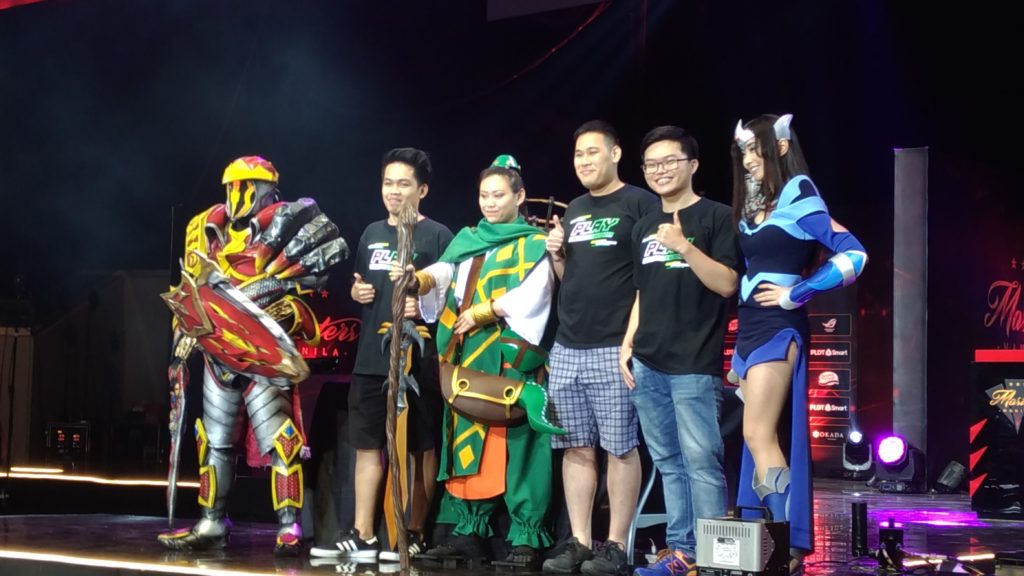 There was also a segment hosted by none other than the Hypeman Eri Neeman that featured the international talents and players in a comedy segment that only the Philippines can provide called #ILieDie!

To be called "Bestie ko" by Dominik "Black" Reitmeier is really to die for! #iLieDie #ManilaMasters🖥️ STREAM: themasters.gg/manila-2017

There you have it folks, the Manila Masters in all its glory! Overall it was 3 days of intense Dota 2 action, memes galore, and unforgettable sights and sounds that truly made this experience one of a kind! Props to Mineski, ESL, and the rest of the partners and sponsors that made the event possible. With the e-sports scene flourishing, expect to see more world class events in the months and years to come!

- Advertisement -
Previous article
ESports is Life but Growing the Business of eSports is Lifer!
Next article
Want a Job at Square Enix Japan!? They’re Hiring!