Huawei Gets in the Game with their 2 New Tablet Devices! 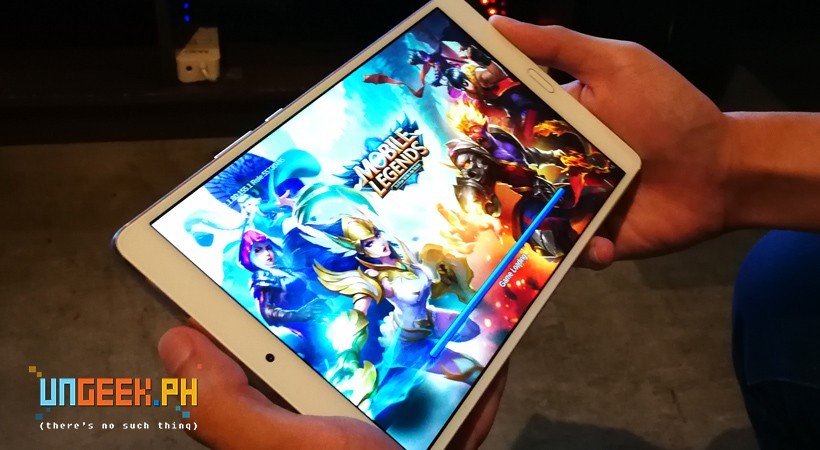 Ace! Looks like Huawei wants to dip their hands on the gaming industry and its ever-growing esports community! Last Friday, May 12, Huawei held a small media briefing for their two new multimedia tablet namely the Huawei MediaPad T2 7.0 and MediaPad M3 at the Game Over Café and Restaurant in Xavierville, Quezon City. 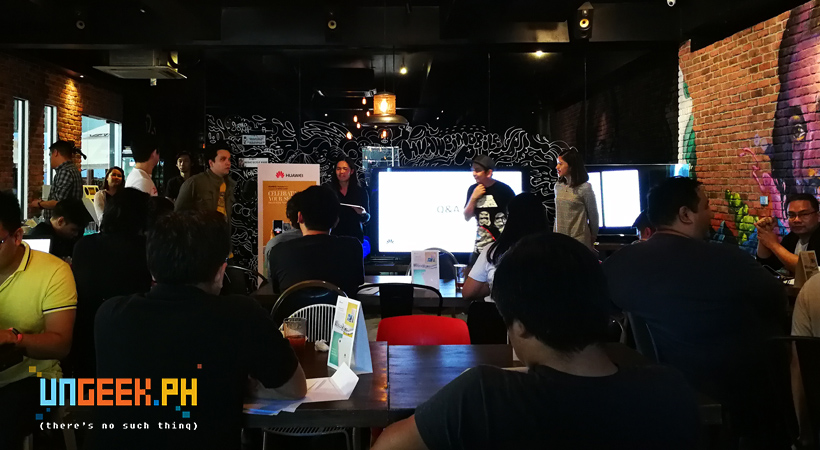 The MediaPad T2 7.0 is Huawei’s durable and capable tablet at quite the affordable rate. For as little as Php 7,500 (7,490 to be exact), you get a 7.0” IPS LCD display android 6.0 tablet that has an all metal backcase to protect itself from the usual wear and tear. The T2 7.0 also sports a Spreadtrum quad-core 1.5GHz processor to power up your apps. It also has a WiFi and LTE connectivity so you can get connected online whenever, wherever you are (assuming, of course, that there’s available signal).

We were able to fiddle with the device for a bit and it sets out to do what it aimed to do – which is to provide a device for you to enjoy browsing, movies, music and a bit of mobile gaming as well. But if you have the money to burn, the MediaPad M3 is what you really want to get your hands on. 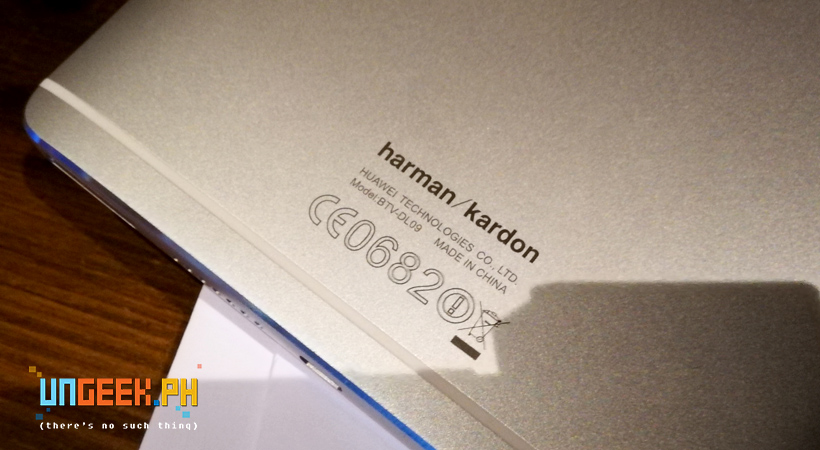 To further prove the point, Huawei along with Offworlds Creative PH, a local gaming community, organized a mini exhibition match of Mobile Legends for the invited media peeps. Naturally, Ungeek stepped up to the plate and joined in on the mayhem. Because of technical mishaps, instead of having 2 media teams battle it on head-to-head, the organizers decided to instead hold a time challenge criteria in judging the winner. The team that wins a public game fastest wins the competition. 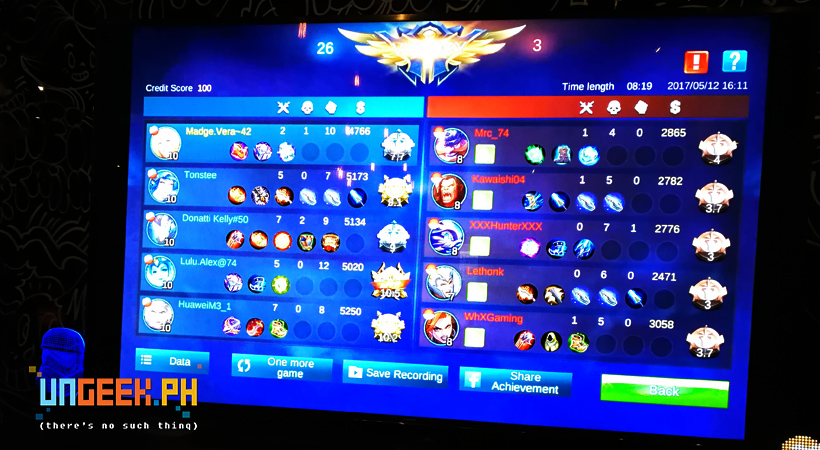 Surprisingly, Mobile Legends perform superbly good with Huawei’s 8-inch tablet. Initially I thought it would be a bit unwieldy, but the response time and the larger real estate made the match flow superbly smoother. 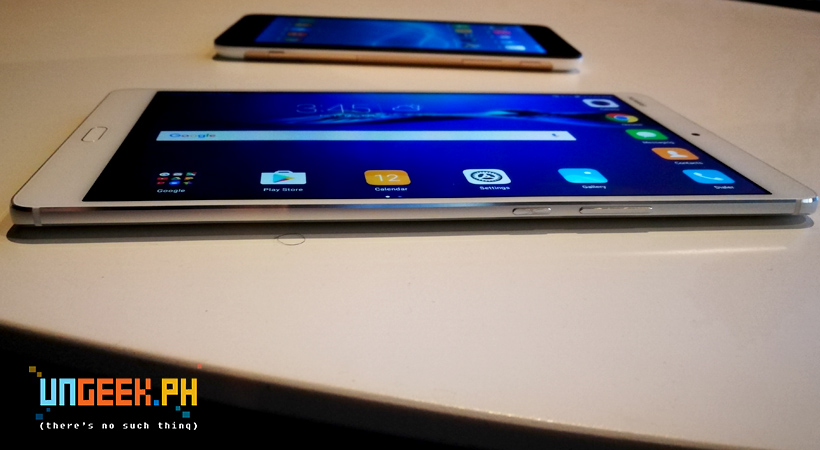 Game longer with the M3 and the T2 7.0 as both units carry some heavy-duty batteries with them. The M3 houses a 5100mah lithium polymer batteries while the T2 7.0 houses a 4100mah battery. I could probably clock in about 3 or 4 games before my P10 loses half its battery life. According to the press release, at full charge the device can last up to 11 hours of Full HD video playback, 6hours of 3D gaming, or 45 hours of music playback. That’s some crazy game time! 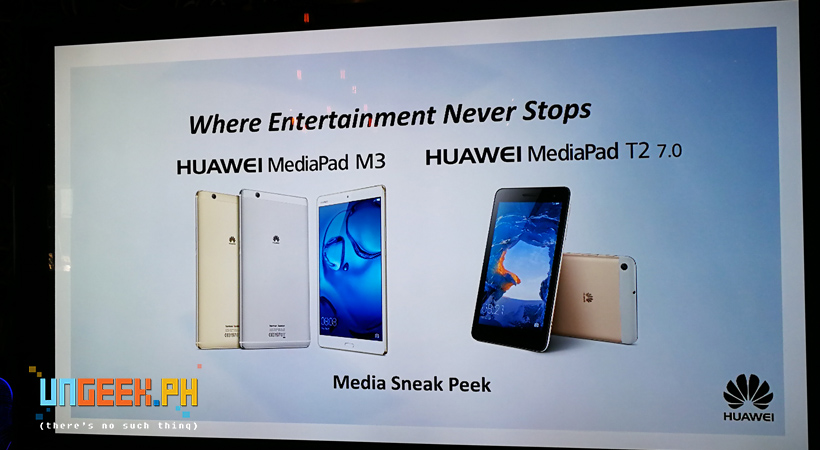 Pretty much a great device for long haul flights, or some extended alone time binge-watching on some Netflix shows (or, getting yourself to Legendary Rank at Mobile Legends), these MediaPads would be ideal devices for you to keep with you at all times.

The MediaPad M3 is available at Php 18,990 while the MediaPad T2 7.0 retails at Php 7,490 in all Huawei Experience Stores and partner retailers nationwide. For more info on these Huawei Devices, do check their Social Media Page here.