Watch out for David Beckham’s cameo in King Arthur: Legend of the Sword! 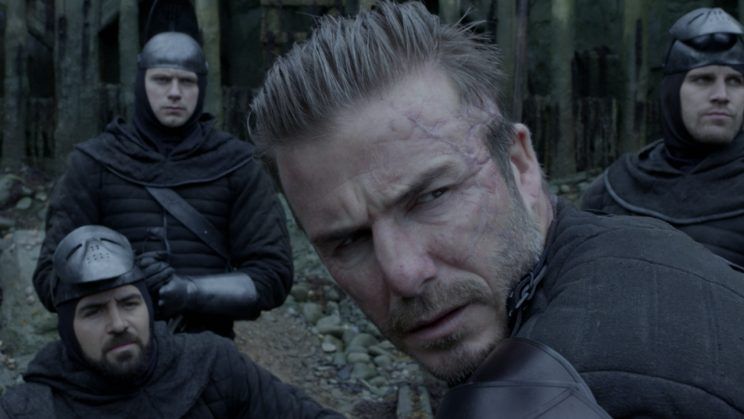 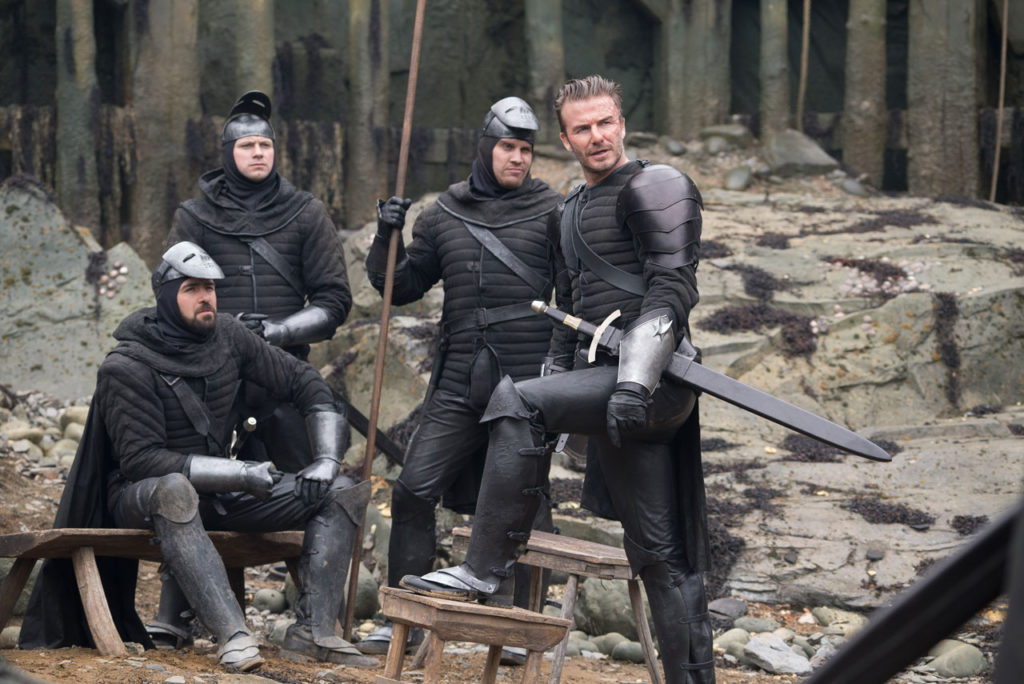 As if we needed more reason to watch this hunky and good looking movie, Football Star David Beckham appears in a cameo in Warner Bros. Pictures’ King Arthur: Legend of the Sword! Charlie Hunnam, Jude Law, AND David Beckham? I can hear ovaries exploding from a mile away!

Beckham plays one of King Vortigern’s Blacklegs standing guard over the mystical and powerful sword, Excalibur. While Beckham remains new to the world of acting, he humbly accepted the probability of criticism over his role, saying “I am very aware that many sportsmen and other celebrities have turned their hand to acting and failed. I know that it is a tough profession, where you need a huge amount of skill and discipline, and I wouldn’t want to push myself forward too soon, without learning more about it, and doing a lot more practice.”

This bold new retelling of the tale of King Arthur stars Charlie Hunnam as King Arthur, Jude Law as King Vortigern, and other superstars such as Eric Bana, Djimon Hounsou, Aidan Gillen, and Astrid Berges-Frisbey. Catch King Arthur: Legend of the Sword as it opens in cinemas on May 17, 2017, brought to us by Warner Bros. Pictures!

- Advertisement -
Previous article
Oh My Gods This is Actually a Keeper! | Santorini Review
Next article
ICYMI: Grant Gustin and Tom Felton had a LIVE PANEL at the SVCC 2017!