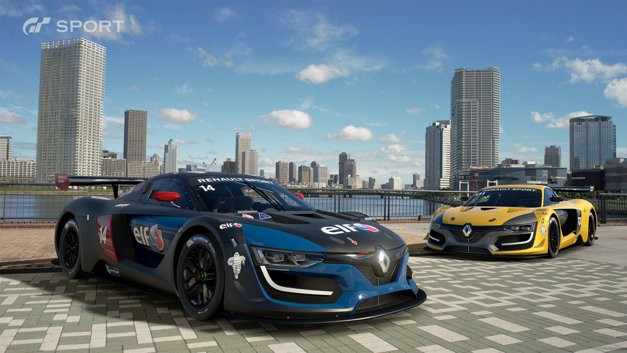 Gran Turismo is nearly on its way to making a highly anticipated return to form with GT Sport because, when I say return to form, it’s due to the fact that the title of best racing game has been in the hands of Forza Motorsport for quite a while now. It was easy to give the award to Gran Turismo before as it was the only racing game around that combined the realistic driving experience with great gameplay and graphics but with the rise of Forza, Project Cars, DiRT, and other racers, Gran Turismo has been relegated to the background. The Ungeek team had a chance to take part in the closed beta of GT Sport and we’re here to give you our first impressions on whether GT Sport can breath life back to this franchise!

First off, and I’ll just state the obvious here, the game looks absolutely amazing. Cars look like high-resolution photographs and considering I was just using a normal run of the mill PS4 and not a PS Pro, it could still look slightly better. Sure the cinematics are still a step away from in game graphics but it would be safe to say that GT Sport is one of the best looking racing games out there, dare I say that it could be the best. It helps that the game sounds great as well, a marked improvement over the vacuum cleaner sounding cars of past iterations. The level of detail put into the tracks, backgrounds, and cars is insane and you can definitely see it once you start up the game. The main menu of the game is very well designed and very easy to navigate and I particularly like how the HUD while racing displays a lot of well placed items like brake and tire status as it would prove helpful for the more hardcore players to see how the car is performing based on the settings that they chose. One thing I did notice though is that there were some parts of the game that tore up a bit while I was playing. It’s not much and it doesn’t really happen too often but this is a closed beta test we are talking about here so expect a few more optimization cycles as we approach launch date.

It’s interesting to note that with GT Sport, you get to actually “qualify” for tracks and entering qualifies will determine your placing on the grid when the race starts. Races are held at specific times in the day and when a race is not yet ready for entry, you can choose to use your time to hone your skill on a course you’d want to participate in. On the beta version that we played on, there were 3 vehicle categories and certain cars would fall into each of these tiers. Certain tracks only appear on certain car classifications and each car handles differently from the rest so you can expect a to play a LOT of races to be a real racing master. There is also a daily reward that you can claim provided you can complete the challenge attached to it and it’s pretty cool that apart from the races, there are other things to accomplish which will add more depth to the game.

Car customization is back and for a car newbie, it’s something you’ll want to steer clear of since it takes a certain level of understanding of what does what to be effective at it. While it is explained, it really takes experience on the track to figure out the little details tied into changing each setting. For veteran players and car buffs, this is a dream since you will be able to really tell the car how to act in certain situations and it translates to the driving experience pretty well. I let a buddy of mine tinker around with the settings and being the GT veteran that he is, he told me that the racing side of things feels pretty accurate and it is sure to give players like them something to look forward to. Coming from a car enthusiast such as he is, I am inclined to believe that GT Sport has refined the driving experience in this iteration into something that can bring the franchise back to glory. A nice touch as well is that off the bat, the game offers control settings for certain steering wheel peripherals which will just add to the overall feel of the game.

If anything, online play here is the star of the show and it would be interesting to see how GT handles it when it launches to the general public. As we know for any game that goes with the online multiplayer route, you must ensure that the online experience is seamless, and so far my play experience has been great. Granted that this is a closed beta phase and there are only a few players, if they can translate this experience for when it goes live, then we’ve got something special here. There is no noticeable lag during the races, car behavior and placement is accurate, and the experience is pleasant. There are 2 points that you can score a player for – driving skill and sporsmanship. If you play, or drive, like a douchebag, then you will be penalized accordingly with a low sportsmanship rating. I’ve yet to actually see how this carries over to what happens with your playing experience (maybe you’ll get grouped along with low sportsmanship players as well? if your rating is low enough, you can’t race for a certain duration?) but this could be a measure set in place for fair play during those closely contested races.

We’ll look to bring you more updates as we close in on the GT Sport release that’s set sometime later this year so stay tuned to Ungeek for more gaming goodness!