Hey it’s John Cena and we still can’t see him! Catch the new trailer for “Ferdinand”! 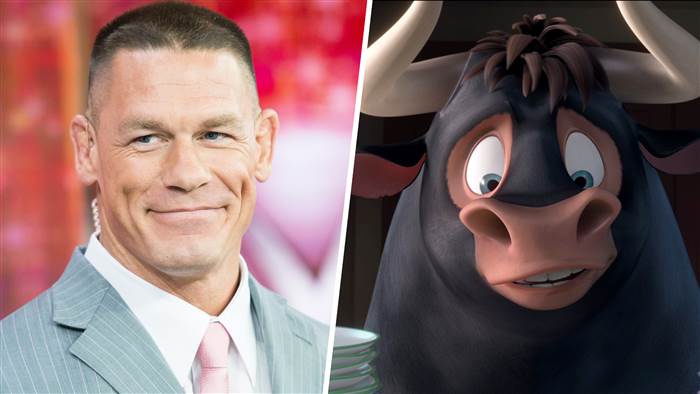 It’s not only The Rock who has been making waves in the movie industry, fellow WWE superstar John Cena has been getting his feet wet too. While The Rock has much more blockbuster hits such as a couple of films from the Fast and Furious franchise alongside Vin Diesel, Cena has yet to taste overwhelming success but could this latest endeavor finally be it? And if it is, how disappointing is it that you can’t even see John Cena in the film! Check out the latest trailer for this upcoming animated film named “Ferdinand”, voiced by none other than superstar John Cena himself!

Ferdinand tells the story of a bull who was mistaken for a dangerous beast and separated from his human best friend. Unknown to his captors, Ferdinand is the gentlest of all bulls and prefers to smell the flowers instead of fighting matadors. The latest trailer brings us to Ferdinand’s journey from quietly living with his family to his captivity and meeting new friends who eventually go with him on an exciting journey going back to his family.

Ferdinand will open in cinemas on January 8, 2018 from 20th Century Fox!

- Advertisement -
Previous articleBob Ross, “The Joy of Painting” star gets his own Funko Pop!
Next articleSleeper hit and highly-acclaimed movie “In this Corner of the World” opens in Philippine cinemas on June 28!