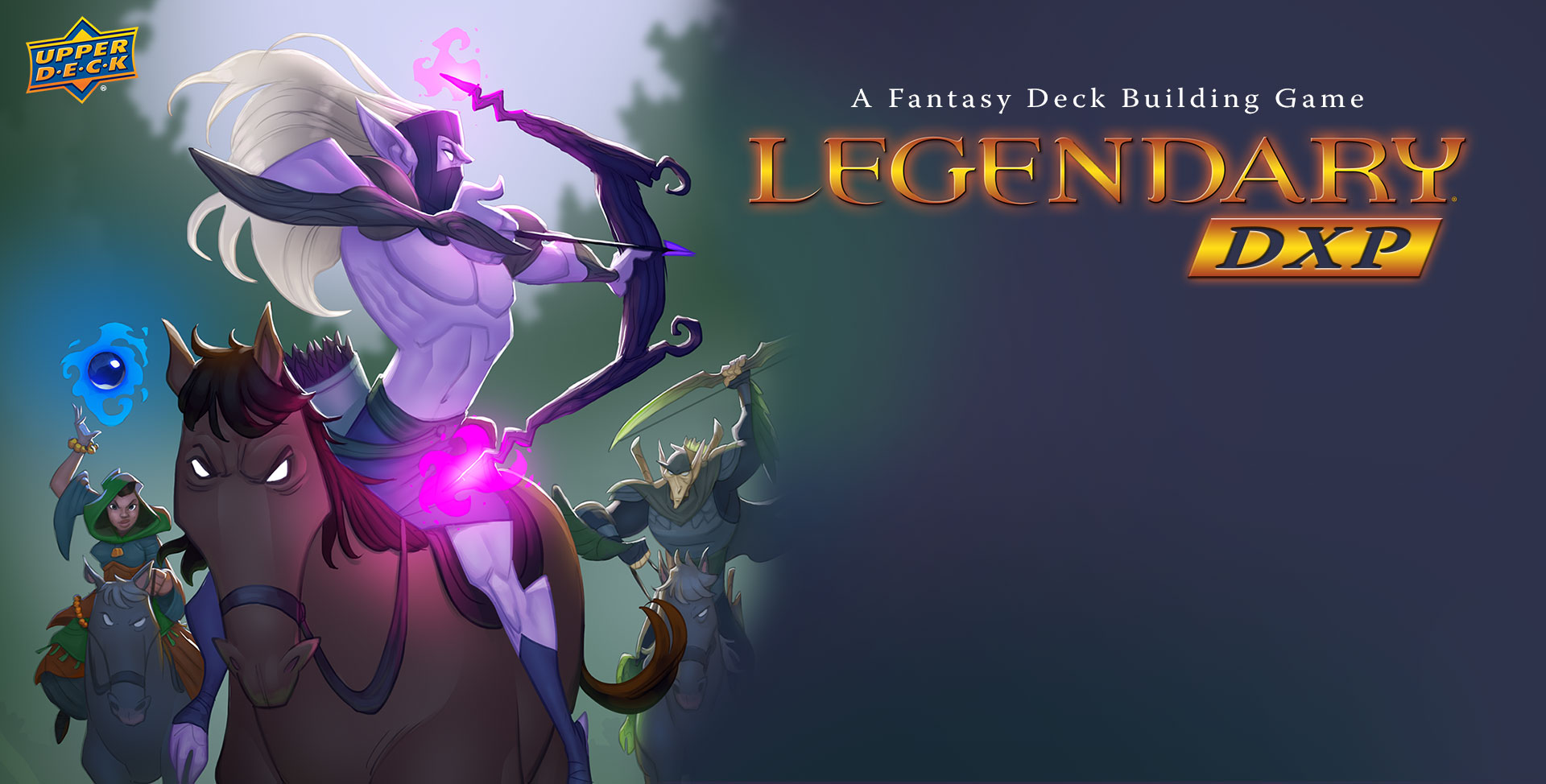 Upper Deck’s popular Legendary Deck-building game, titled Legendary DXP will finally get the digital treatment. It looks like the game will not be based on any of the previous IP’s (Marvel, Alien, Firefly to name a few) and will feature all-original content.

Welcome to the fantastical world of Alamyth where you can recruit all new legendary heroes and fight the terrifying forces of evil. Visit all new landscapes of Alamyth such as the Firelands and fight the likes of The Leprechaun Henchmen and the evil villain, Ernak The Lethal. Just beware, if the Mastermind, Terriskai: Terror Of The Skies completes his evil scheme, everyone loses.

The digital game will also have online matches vs. random opponents or against friends, as well as solo play vs. AI. Another feature, called The Gauntlet, allows 5 players to battle it out for the most VP.

Now, while I can’t figure out what DXP means, it’s safe to say that we are still going to get the same experience from it’s tabletop counterpart, but with a different re-skin. I would understand because really, UDE would probably pay a lot to bring all those existing IP’s to digital.

No release date as of yet but it is said to roll out for Android, iOS and Steam soon.