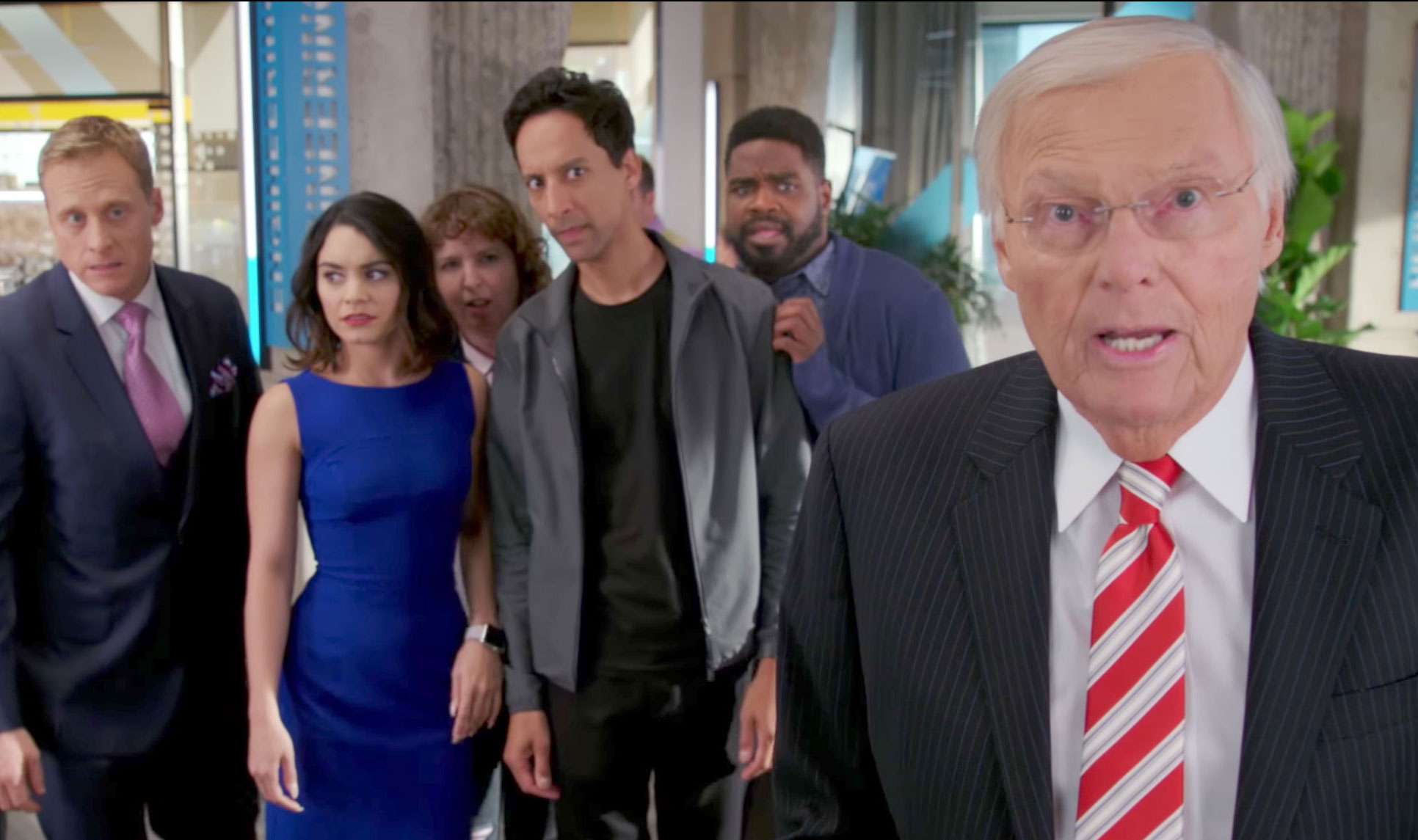 As a tribute to Adam West’s great DC legacy, DC All Access just released this never been aired episode of NBC’s Powerless.

Last week, our dear Adam West, the iconic Batman to a generation of TV fans, passed away at the age of 88.

In his one final roles, Adam West made his comedic guest appearance NBC’s Powerless as Chairman West of the Wayne Enterprises.

This episode titled “Win, Luthor, Draw” has been never been aired publicly because of the cancellation of the TV show last month.

As a fitting tribute to Adam West’s DC Legacy, DC and NBC decided to post the full episode on the DC Entertainment Youtube channel. It was also noted that this video will only be available publicly for a limited time, so better to watch this episode ASAP.

Also paying their tribute is the city of Los Angeles.

Here are the other the photos from the momentous event.

Adam West was a hero who embodied the goodness that lives in all of us & tonight we honor his spirit with the #BatSignal at LA City Hall. pic.twitter.com/VH31Zkk0xX

Farewell to you. You’ll always be our hero, Adam West.