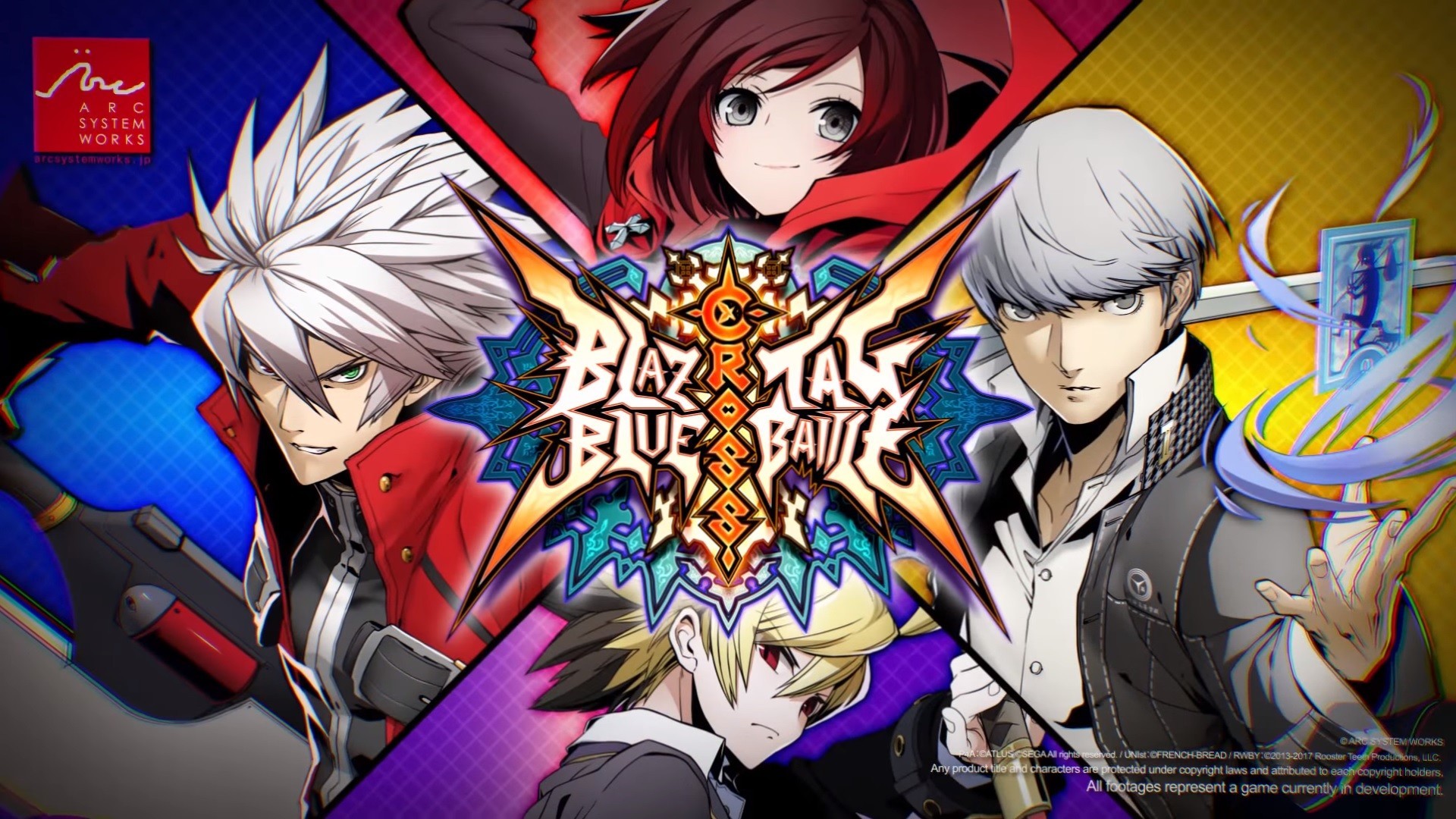 Hold on to your hats! Blazblue Cross Tag Battle is bringing you ONE HELLUVA FIGHTING GAME EXPERIENCE by doing a cross-over between BlazBlue, Persona 4 Arena, Under Night In-Birth, and RWBY!

I need a moment to process this, whew! Okay, okay, here we go! THAT WAS TOTALLY BATSHIT INSANE!!!!!!!!!! (and in a good way) BlazBlue Cross Tag Battle is perhaps the most ambitious cross-over game the franchise has ever created! While BlazBlue has been having cross-over titles with other Arc System fighting games like Guilty Gear, this is the first time that we’re getting 3 fighting game franchises and 1 new addition title to this crazy fighting game title!

While there aren’t much details available, it seems that the game will feature a 2v2 tag system with fighter choices coming from the pool of the 4 crossed-over franchises. The video doesn’t reveal much else even in terms of how deep the cross-overs are but we’re hoping that every franchise is represented with a good amount of characters from each. RWBY seems to be an exception though as it seems that Ruby Rose will solely represent their universe. We are hoping, however, that other fighters from RWBY like Weiss Schnee, Blake Belladonna, and Yang Xiao Long will be available down the line if not immediately.

Not much has been revealed except for a 2018 release date but man, oh, man that’s some wild mashup! While most of the games follow the typical Arc-system fighting style (air combos and juggles), each title will still have various playstyles which makes them their own. The mashup of these systems and fighting game genre makes BlazBlue Cross Tag Battle fairly unique and hype-worthy.

The news was first announced at EVO 2017 where the fans ERUPTED into cheers! And really, who could blame them? These were 4 beloved franchises, three of which already had their own fighting game (each with their own fan following). This will be RWBY’s first appearance in a fighting game platform which was earlier teased by Rooster Teeth a week before EVO happened. Check the video out below which captures the amazing crowd reception of the news!

TELL ME THAT YOU’RE STILL NOT HYPED FOR THIS GAME! TELL ME!

- Advertisement -
Previous articleThe Hunt is On in this New Trailer for Blade Runner 2049!
Next articleExpect another Mindblowing ‘Game of Thrones’ Episode on Monday – ‘Stormborn’ Preview