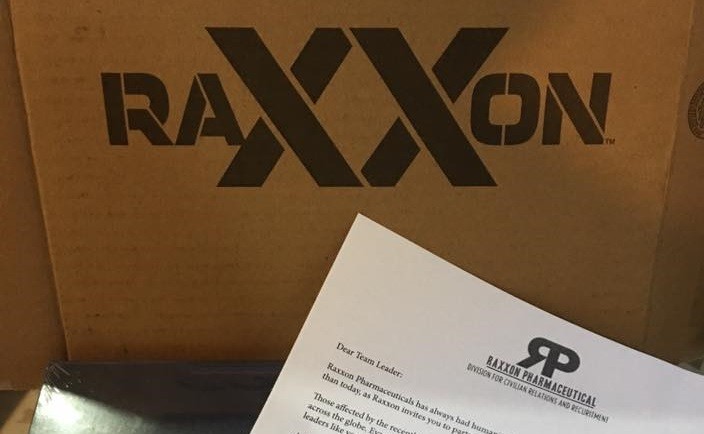 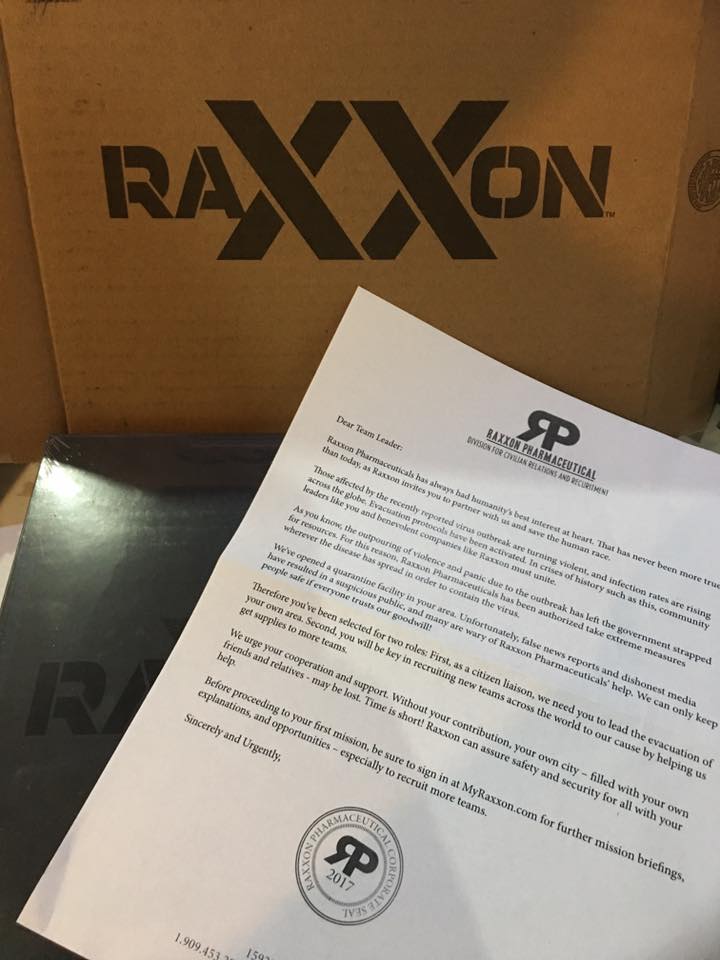 The good folks over at Gaming Library just received a very suspicious-looking package from Plaid Hat Games. And it seems like its not your ordinary shipment of games…

We can plainly see that the Raxxon logo is clearly stamped on the box. For those curious, Raxxon is the pharmaceutical company first introduced in PHG’s hidden-movement game Specter Ops, which then made it’s way into another well-known game Dead of Winter, where the brand made it’s appearance via a module in The Long Night.

In a nutshell, think of Raxxon as your Umbrella Corporation for boardgames.

Digging deeper, on the epicgamingnight’s instagram page we found what was concealed behind the letter: 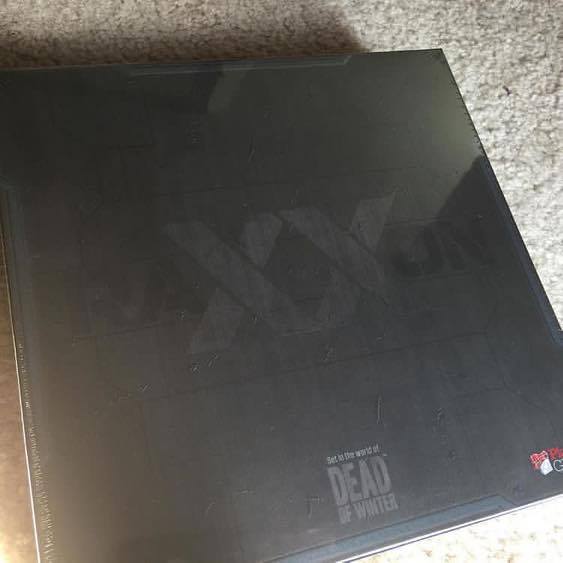 So it looks like a new game. One that hasn’t been distributed to the mass market just yet. And PHG’s looking to have some fun with the gamers for a bit before it becomes commercially released.

Raxxon pharmaceutical has always had humanity’s best interest at heart, that has never been more true than today, as Raxxon invites you to partner with us and save the human race.

Those affected by the recently reported virus outbreak are turning violent, and infection rates are rising across the globe. Evacuation protocols have been activated. In crisis of history such as this, community leaders like you and benevolent companies like Raxxon must unite.

As you know, the outpouring violence and panicdue to the outbreak has left the government strapped for resources. For this reason, Raxxon pharmaceuticals has been authorized (to) take extreme measures wherever the disease has spread in order to contain the virus.

We’ve opened a quarantine facility in your area. Unfortunately, false reports and dishonest media have resulted in a suspicious public, and many are wary of Raxxon pharmaceuticals’ help. We can only keep people safe if everyone trusts our goodwill!

Therefore you’ve been selected for two roles: First, as a citizen liason, we need you to lead the evacuation of your own area. Second, you will be key in recruiting new teams across the world to our cause by helping us get supply to more teams.

We urge your cooperation and support. Without your contribution, your own city – filled with your own friends and relatives – may be lost Time is short! Raxxon can assure safety and security for all with your help.

Before proceeding to your first mission, be sure to sign in at MyRaxxon.com for further mission briefings, explanations and opportunities – especially to recruit more teams. 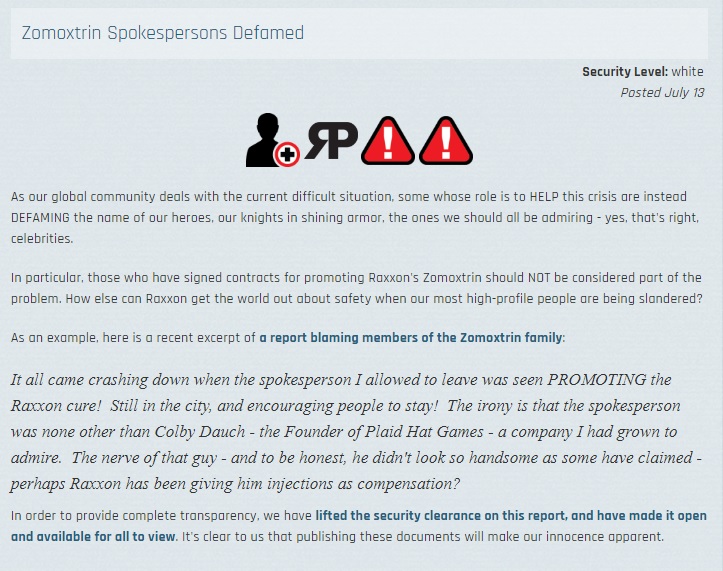 Upon checking the site there were a few entries that were logged, like the one you can see above. Much like the letter, it all goes back to Raxxon. It is clear that experiements for a certain “cure” were done and people suffered or died. You can only read a few entries on the site, as some of it requires some sort of access, so we now go back to that mysterious box.

That’s all that we have for now. Most of the details are all up in the air… Is it some sort of Legacy game that the first 50 people can have some impact on? Your guess is as good as mine. GenCon 2017 is not far ahead, so it’s safe to assume that we’ll get more details in the coming weeks.

- Advertisement -
Previous articleYou’ve got a friend in Sora and Woody! Toy Story Confirmed in Kingdom Hearts 3!
Next articleReturning to Ivalice Can be a Gambit | Final Fantasy XII: The Zodiac Age Review